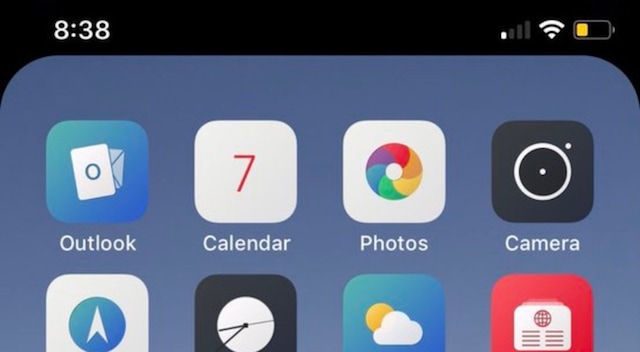 While many iPhone X users have embraced the handset’s distinct notch, there are still tons of people who just can’t seem to get over it.

If you’re one of the latter and your iPhone X is jailbroken, then a new free jailbreak tweak dubbed noNotch by iOS developer Jake James might be worth checking out.

Just as the name implies, noNotch makes the iPhone X’s notch much less discernable. It does this by filling the top of the handset’s OLED display with a solid black bar, as shown above.

Before a jailbreak existed for the iPhone X, you could accomplish a similar effect on the Home screen and Lock screen with the help of a unique wallpaper app, but this method wouldn’t impact apps and other interfaces.

noNotch rounds the top corners of every interface you use, whether it’s an app or the Home screen itself. This small detail makes the effect system-wide and plays an instrumental role in tricking your eyes into thinking the notch is gone.

The notch never actually disappears because it’s a part of the iPhone X’s display hardware, but the OLED display produces truer blacks than a typical LCD display would. It’s incredibly difficult to distinguish the notch under most circumstances, and the result is satisfying.

noNotch doesn’t have any options to configure as of this writing, but a future update will permit users to toggle the tweak on a per-app basis rather than all or nothing.

If you’d like to try noNotch out for yourself, then you can download it from Cydia’s BigBoss repository. The tweak is intended only for jailbroken iPhone X handsets, and the developer open-sourced the source code on GitHub for anyone interested.

Do you love or hate the iPhone X’s notch? Tell us in the comments section below.