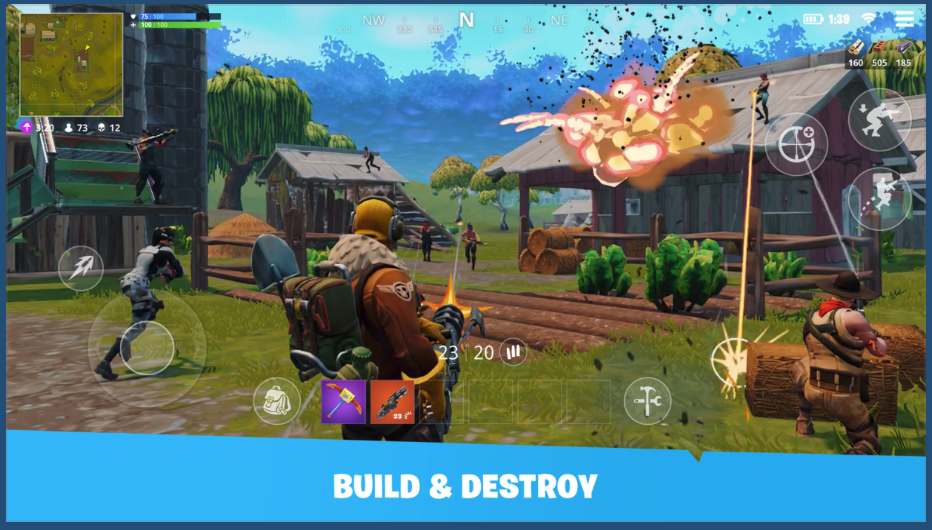 Epic Games announced on Monday that Fortnite is now available on iOS for everyone. The popular title landed on Apple’s mobile platform last month, but it was restricted as an invite-only beta. Today, that restriction has been lifted, allowing anyone with a compatible device to get in on the action.

The name of the game is Battle Royale, and for those unfamiliar with it, it’s basically an online multiplayer death-match. 100 players are dropped onto a map and must do their best to take out others and survive, all while the playable area slowly shrinks in size. The last one left standing wins.

The iOS port looks great and nearly identical to its PC/console counterparts. The touch controls will take a bit to get used to—I’ve particularly had problems aiming—but if you’ve played before you can sync with your account to speed up your progress. You can also team up with friends on other platforms.

Fortnite is available for free (with several IAPs) in the App Store.