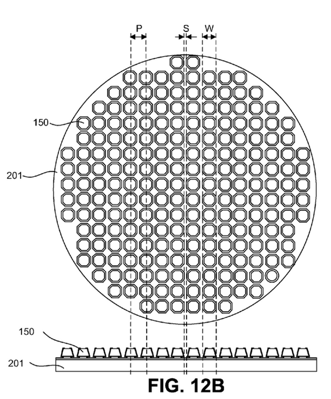 Apple is reportedly designing and producing its own screens for future devices at a secret manufacturing facility in California, based on the emerging micro-LED display technology.

According to Bloomberg’s Mark Gurman yesterday, Apple Watch should be the very first product from the Cupertino giant to incorporate Micro-LED technology. The author has learned from plugged-in sources that Tim Cook & Co. made “a significant investment” in the design and development of Micro-LED displays, which use a bunch of tiny chips to create images.

Share prices of display makers nosedived following the report, with Japan Display dropping as much as 4.4%, Sharp tumbling as much as 3.3% and Samsung Display sliding 1.4%.

The California facility is said to be too small for major production, but Apple will likely outsource mass-production to its supply partners in Asia. Of course, it wants to keep the proprietary technology away from its partners as long as possible, one of the people said.

“We put a lot of money into the facility,” this person said. “It’s big enough to get through the engineering builds and lets us keep everything in-house during the development stages.”

None of this will be easy because full commercialization of Micro-LED chips is held back by the slow progress in the development of appropriate mass transfer technology. Actually, the company almost killed the project a year or so ago, said Gurman.

Currently, Apple’s Micro-LEDs are in the “advanced stage” although it will take two years until they start appearing in Apple Watch and three to five years for iPhone.

Micro-LED displays are said to consume 90 percent less power than their LCD counterparts and half the power of OLEDs, making them a potential OLED replacement. If Apple manages to solve yield and commercialization issues, future Micro-LED-outfitted Apple devices should bring increased battery performance and brighter screens.

In addition to boosting battery life by as much as 300 percent versus LCDs, micro-LEDs allow for higher-resolution screens with improved color gamut and two to three times the brightness of OLED technology under the same power consumption.

Some of the major benefits of Micro-LED technology include:

Currently, both Apple and Samsung are said to be secretly developing Micro-LEDs. The iPhone maker back in 2014 acquired US-based Micro-LED developers LuxVue Technology.