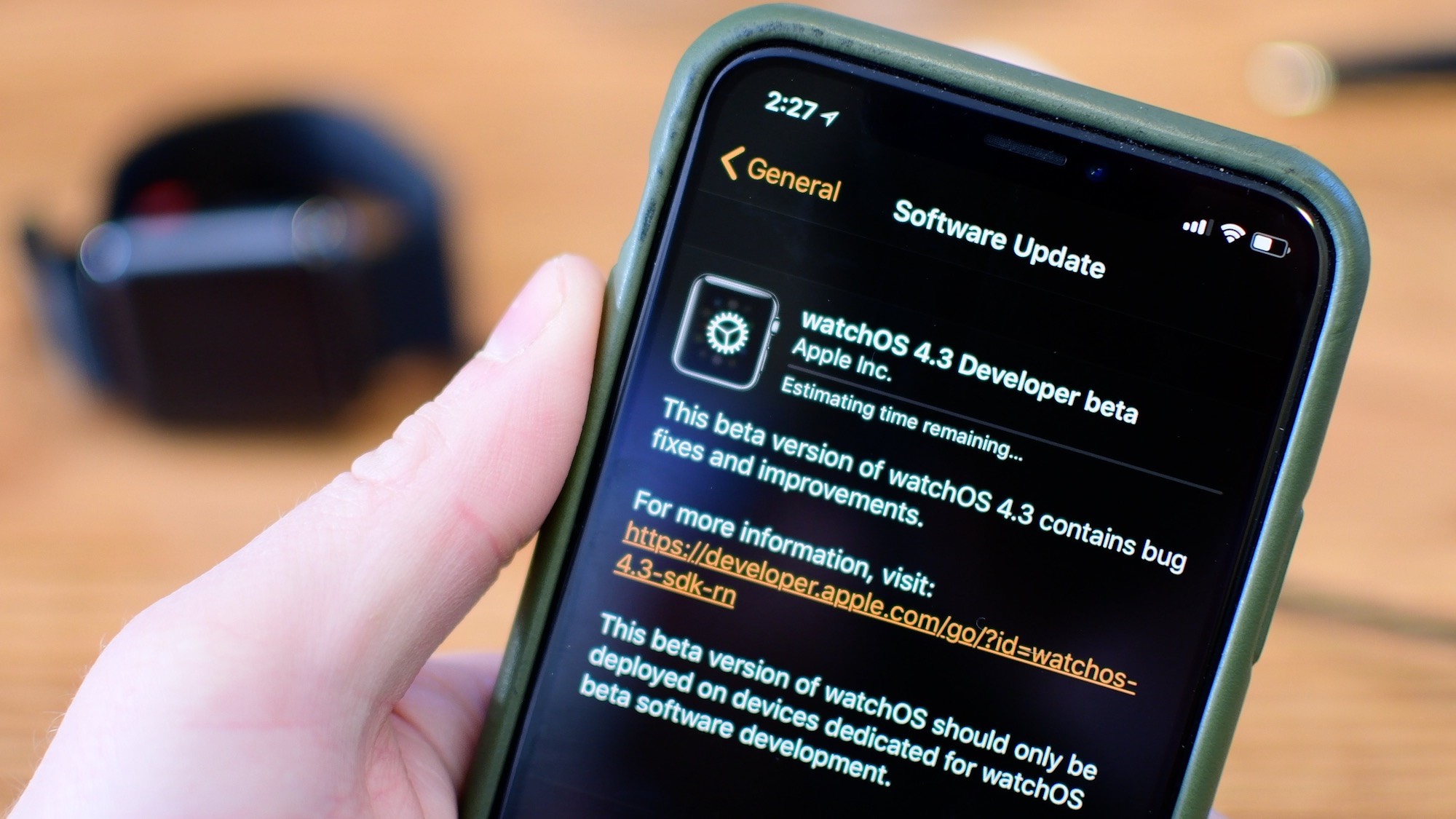 Apple on Monday seeded the fifth beta of watchOS 4.3 to developers. Registered developers with the proper configuration profile can install the update over-the-air by navigating to the Software Update tab in the Apple Watch iPhone app.

WatchOS 4.3 isn’t quite the update as its 11.3 companion, but it does feature a handful of new features and improvements. There’s Nightstand mode in portrait (it was just landscape-only), a new charging animation, Music app control of iPhone music, and more.