Unlike macOS, iOS doesn’t provide you with a native TextEdit app.

It’s somewhat surprising that iPhone and iPad still don’t ship with an app focused on editing plain text documents. People could use such a piece of software for a range of applications to do things like write quick thoughts or snippets of code, create ASCII art on the go and what have you—without worrying about any text styling.

While built-in Notes app does use the plain text (.TXT) format, it does so only when exporting a note to the Files app because the app is primarily focused on rich text styling. Enter Textor, a new minimal text editor for iOS created by Belgium-based developer Louis D’hauwe.

Louis, who is a programmer at Next Apps, based Textor around iOS’s standard documents browser in iOS 11. There’s no onboarding or any kind of setup process—you won’t have to configure Textor on first run, adjust its settings or anything like that.

Textor simply opens to iOS 11’s much-improved documents browser sheet. Files can be opened from anywhere, including iCloud Drive and other apps. You can, of course, open an existing TXT file or pick a location to create a new document from scratch.

Any third-party storage app/service on your system that has an iOS 11 extension for native integration with the Files app will appear here, like iCloud Drive, Dropbox, OneDrive and more. 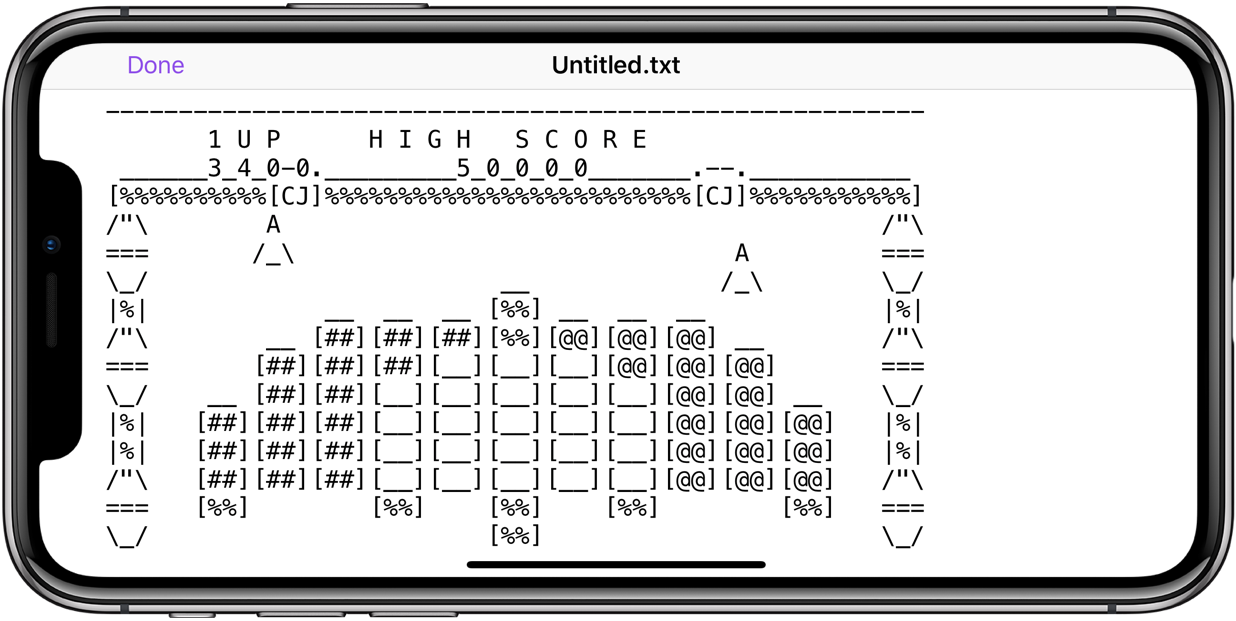 To create a new plain text document from scratch, choose your destination by tapping Recents or Browse at the bottom of the interface, then tap the “+” in the upper-right corner or choose the Create Document option from the file list.

As mentioned earlier and evidenced by the screenshots, Textor gets rid of the bells and whistles usually associated with rich text editors, including styling options, font sizes and so forth.

As you may have been surprised to learn, iOS cannot open and edit TXT files out of the box because, again, Apple in all its wisdom still hasn’t created a plain text editor for iOS. Even the company’s own Pages app won’t let you open or save TXT files.

Good thing Textor appears as an AirDrop destination, in the Open In menu and elsewhere throughout the system, allowing you to open a plain text attachment from Mail in Textor and more. 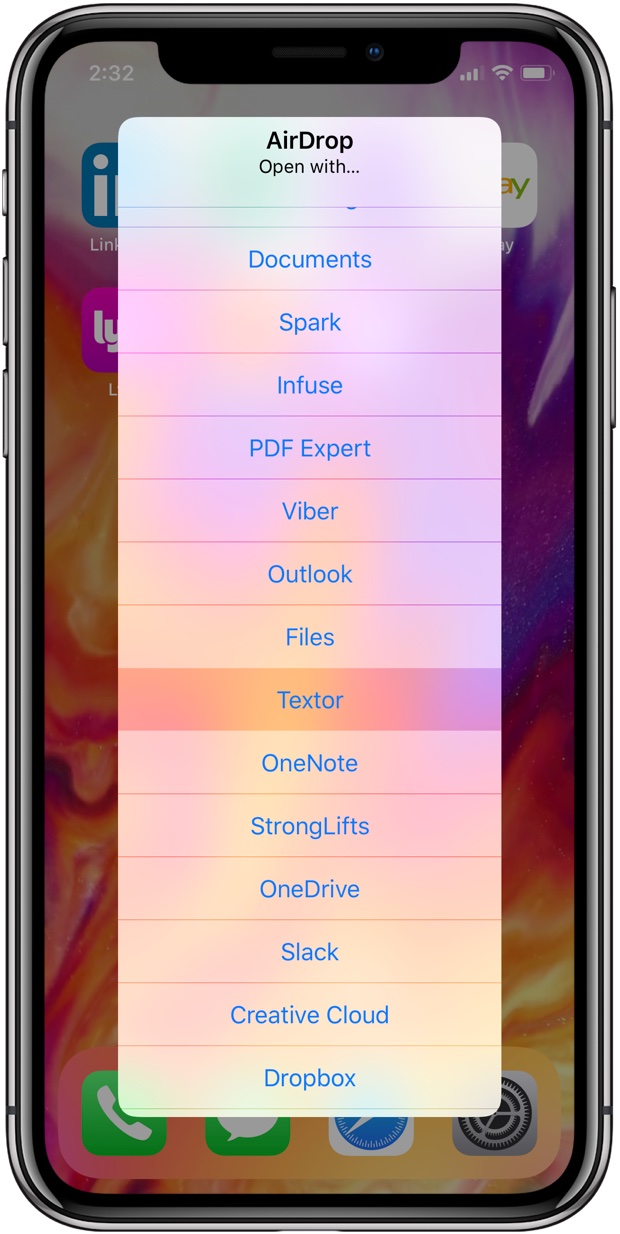 As good as it is, Textor surely isn’t perfect.

I, for one, would love to see a few settings around things like the ability to pick my display font and color or set up the default save locations. In its current form, Textor is literally a couple of system APIs glued together though most people will be probably fine with that.

If you type on the go frequently and don’t require text styling capabilities or other rich text formatting options, then go ahead and take Textor for a spin. The app is available free of charge and I also like that it comes with no in-app ads or purchases.

Grab Textor for iOS for free from App Store.