As we await Apple’s AirPower charging mat, alternatives continue to crop up. Plux has been my favorite to date, improving on a number of design elements.

However, it does still have a number of compromises to consider. Pre-orders have not begun shipping yet, but we were able to go hands-on early to see how it compares.

So let’s go ahead and dig in!

Plux is really just a more affordable version of AirPower, minus some of the impressive technology. Depending on what your goal is, you can accomplish most of what you can do with AirPower for this much more affordable charger.

In some use cases, you can actually do more. 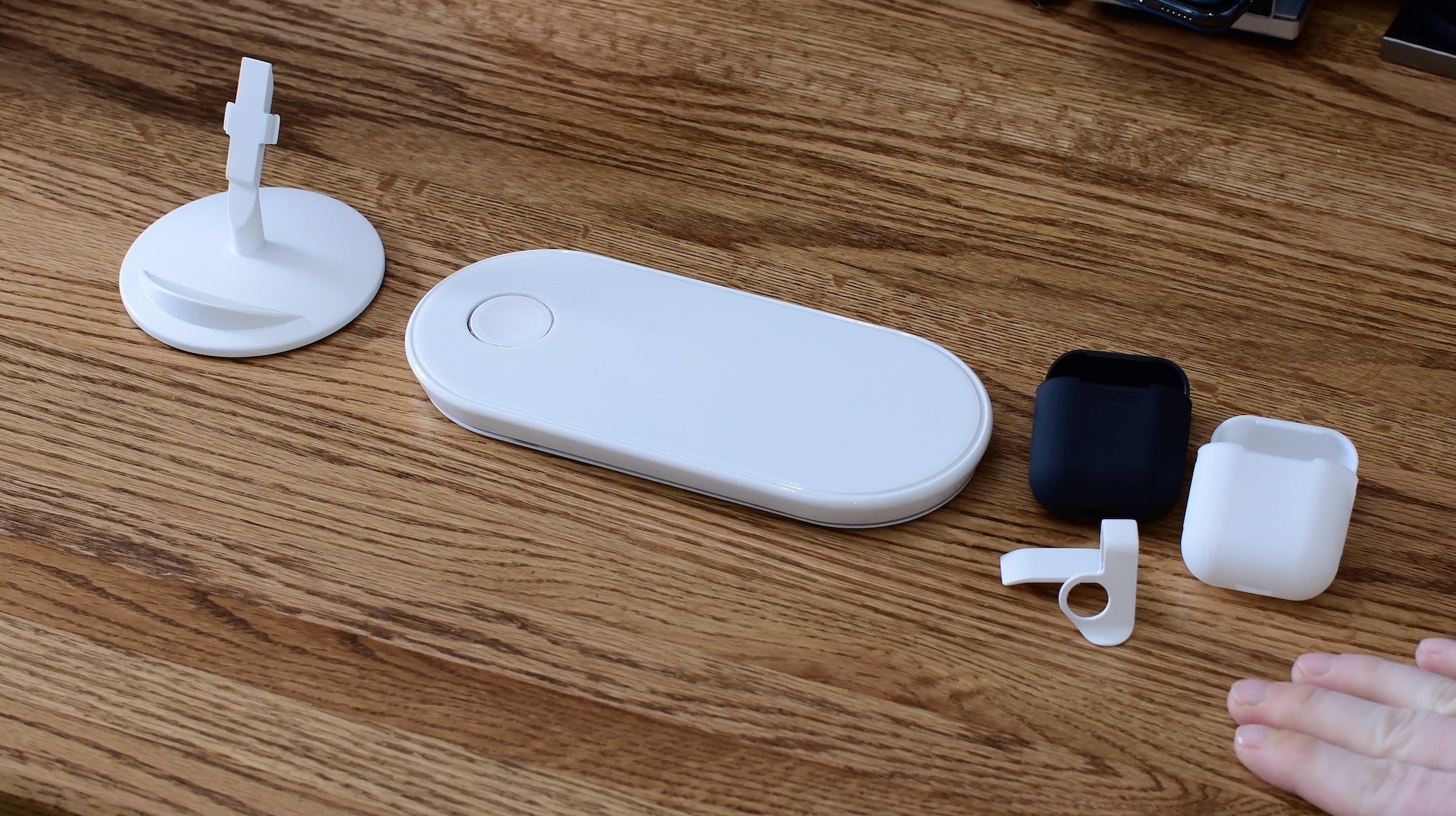 Plux can charge up to three devices at the same time, like your Apple Watch and two Qi capable devices such as an iPhone and a set of AirPods. Since Apple has yet to allow official third-party wireless charging for Apple Watch Series 3, Plux uses your existing charging disk. 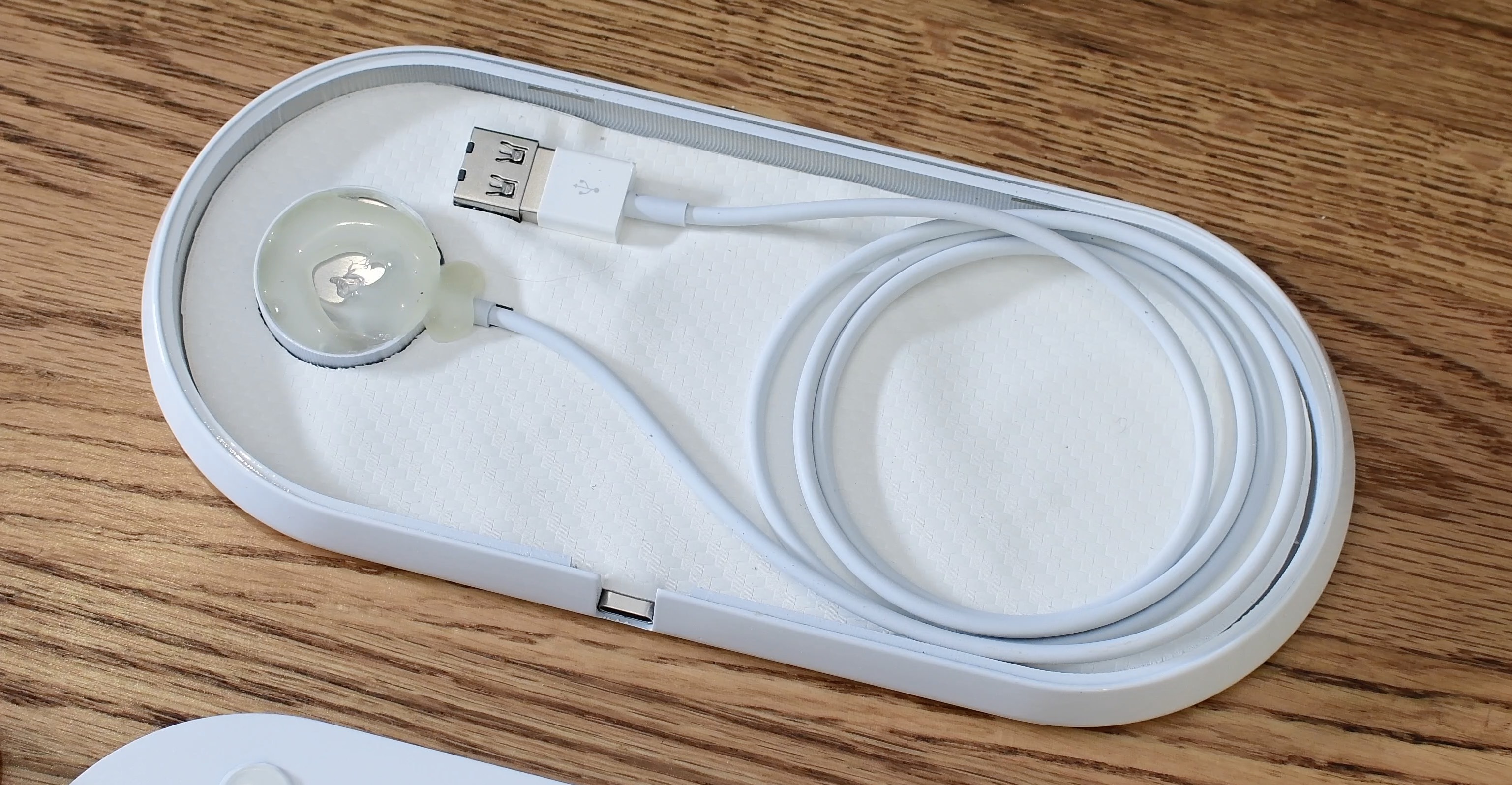 On one end is a circular socket that you can place the charging disk in. The cable gets neatly wrapped up and plugged into the USB port on the inside, which is accessible from a panel on the bottom. I should point out that my sample unit had the charging disk hot-glued in place, which isn’t necessary. That way it can be removed easily at any time.

Plux powers up through a built-in USB-C port, which is a much welcomed design consideration. Even though you have to bring your own charging brick, that’s a minor fault as I’m sure many of us have several lying around. One huge benefit is the ability to prop up the charger via the included stand that affixes to the bottom and angles the charger up into a stand. 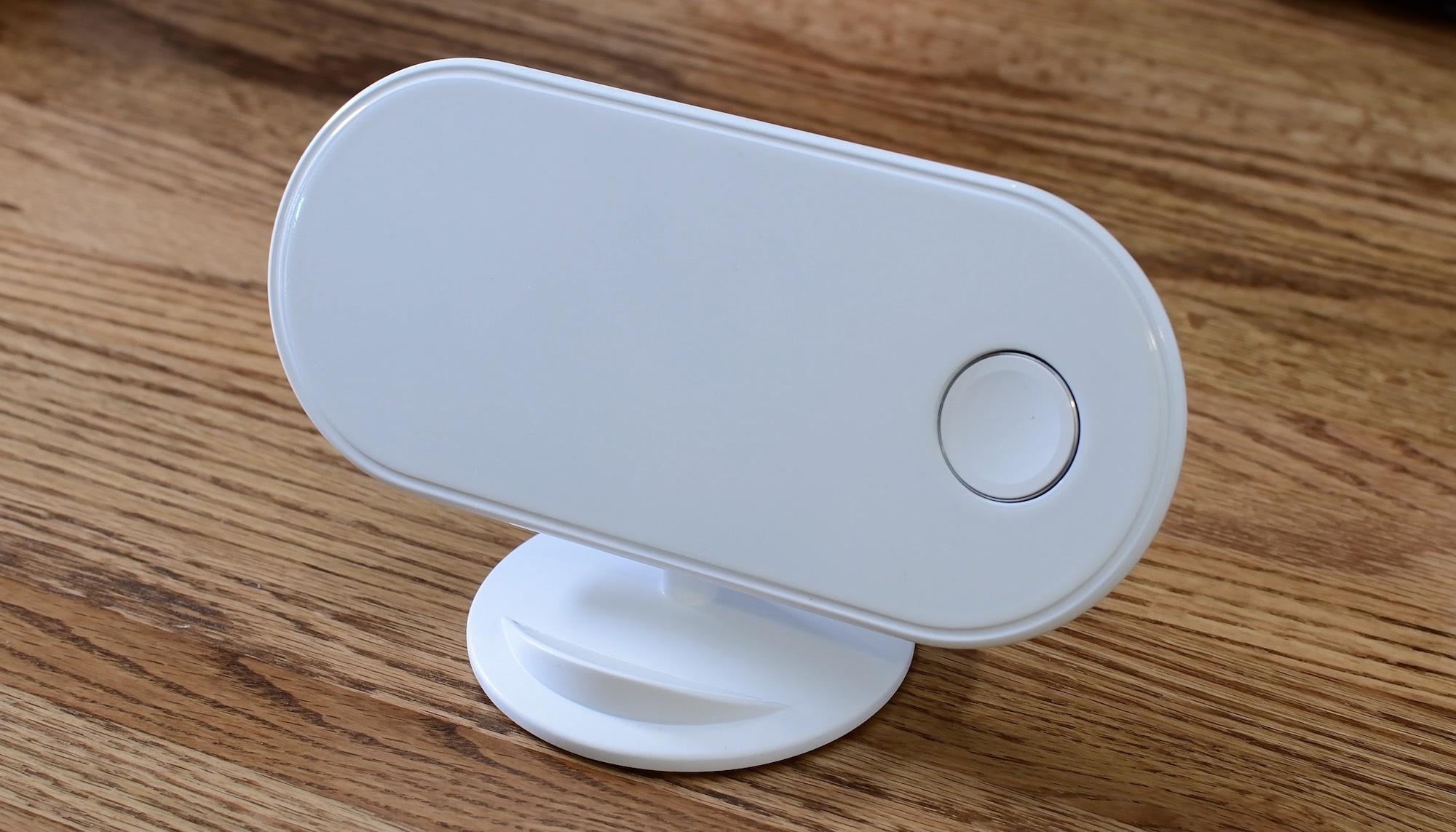 The device is largely plastic, but overall has a solid build to it. It clearly won’t be as premium as Apple’s, but that’s certainly expected for the price point.

How does it work with AirPods?

If you notice in our hero shot, Plux is able to wirelessly charge your AirPods. It does so by using a Qi charging coil adapter plugged into the Lightning port on the bottom, then (optionally) wrapped in a silicone case.

One thing to be cognizant of here is that this one component is not MFi-approved. Apple clearly won’t be certifying an adapter such as this. That said, I did test it out with no issues. However, if you would prefer not to dip into the world of unapproved MFi devices, you can simply opt to purchase Apple’s Qi-compatible AirPods case when it’s officially released. 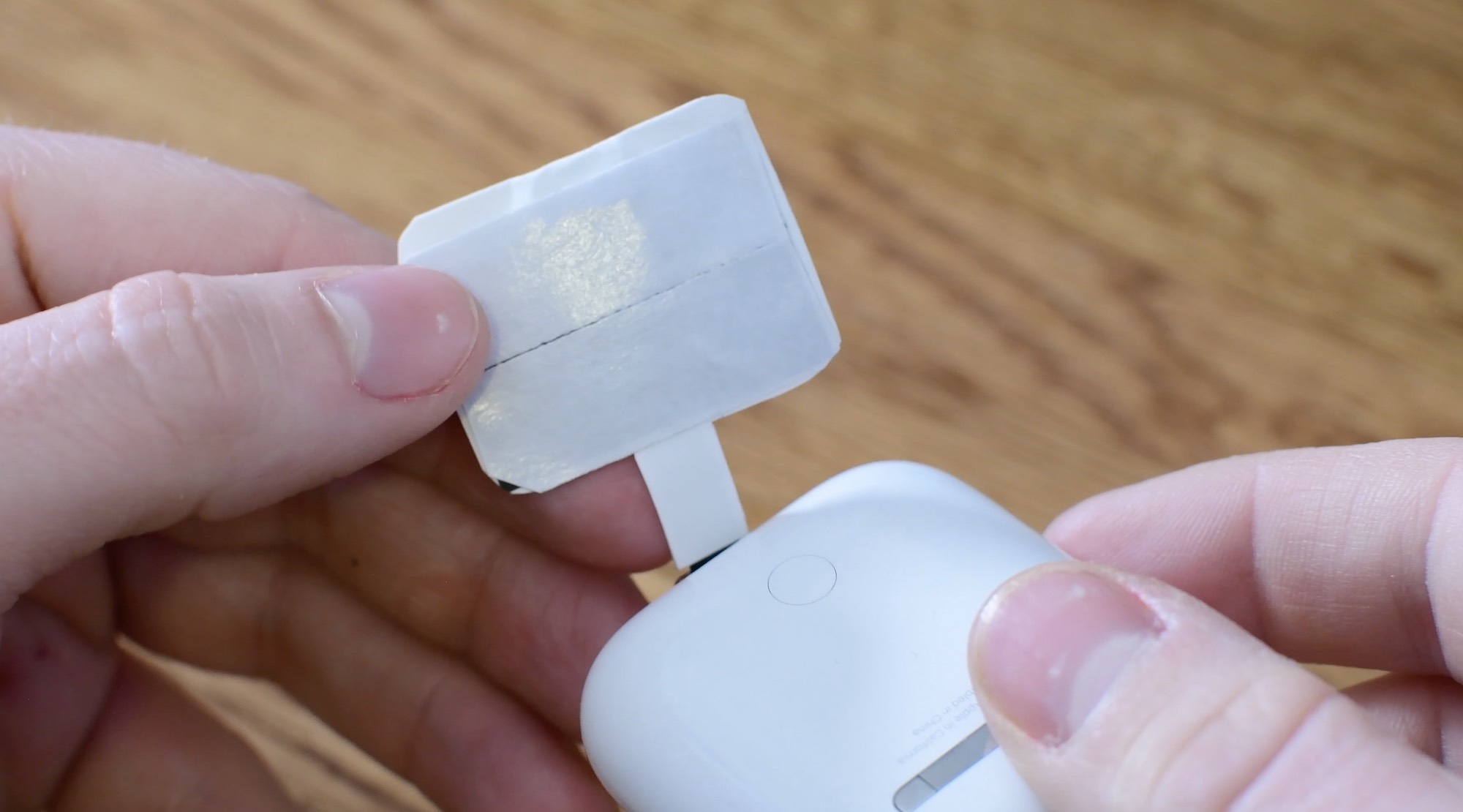 I look at this as a positive because for those who don’t mind using the adapter, they have the option. Everyone else can pick up the official Qi charging case from Apple, which they’d have to do for the AirPower charging mat anyway. Also included with Plux is a small snap-on stand that can be used to line up your AirPods right with the charging coil when using Plux as a stand.

AirPower is without a doubt more technologically impressive.

For starters, you can charge any Qi-compliant device in any of the three locations. As one example, you could charge three iPhones at the same time if you wanted to (or an iPhone and two Apple Watches or an iPhone, Apple Watch and some AirPods).

Plux, on the other hand, requires your Apple Watch to sit atop the charging disk.

Speaking of that charging disk, you don’t need that all with AirPower because Apple Watch Series 3 sports a slightly modified charging method that lets it work with AirPower.

AirPower is expected to include its own cable and wall adapter so you won’t have to provide either of them. And since it is made by Apple, it’ll charge your devices as fast as possible.

Plux for sure still has its own benefits.

For starters, AirPower is actually limited to only charging Apple Watch Series 3.

If you have any older watch version, you won’t be able to use it with AirPower. For legacy owners, this is a huge difference maker. Plux also has the adapter for AirPods—particularly frugal people could prefer this option over the expectedly expensive Qi charging case for AirPods, even if it isn’t MFi-certified. 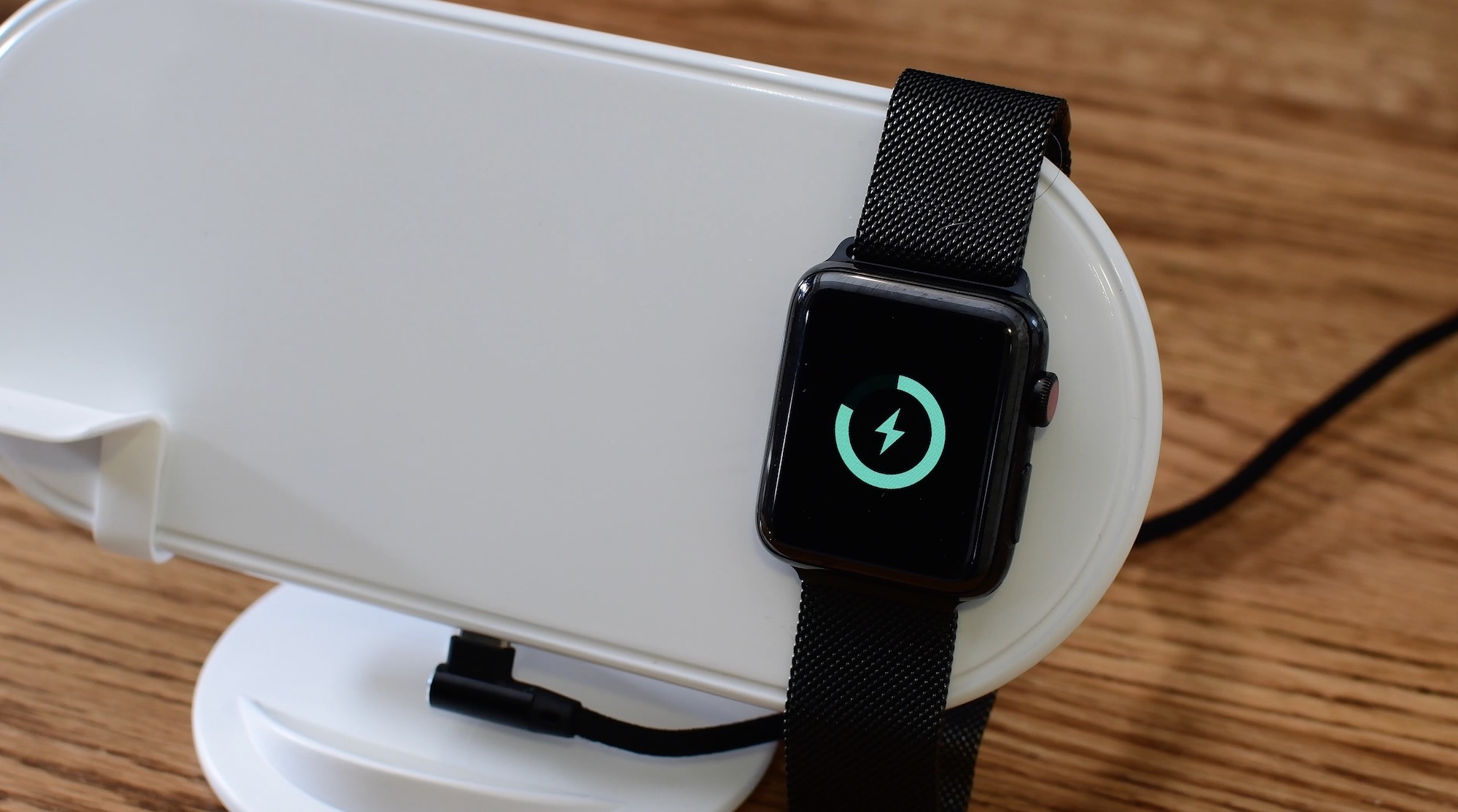 One huge benefit, at least for me, is the ability to prop up the charging mat. I vastly prefer charging stands to charging mats. I like being able to see my notifications, as well as get a better view of my watch in Nightstand mode.

Lastly, the price. Plux is significantly less than the (expected) price point of AirPower. Plux comes in at only $39, compared to the $199 price that is rumored for AirPower. Even if you include the power adapter and charging disk in Plux’s price, it’s still considerably cheaper.

Assuming you’re looking for a multi-device charging solution at all, it can be hard to decide between the two. If price isn’t an option, clearly head towards AirPower. However, if you are looking to save a bit, Plux and others may be a viable option. 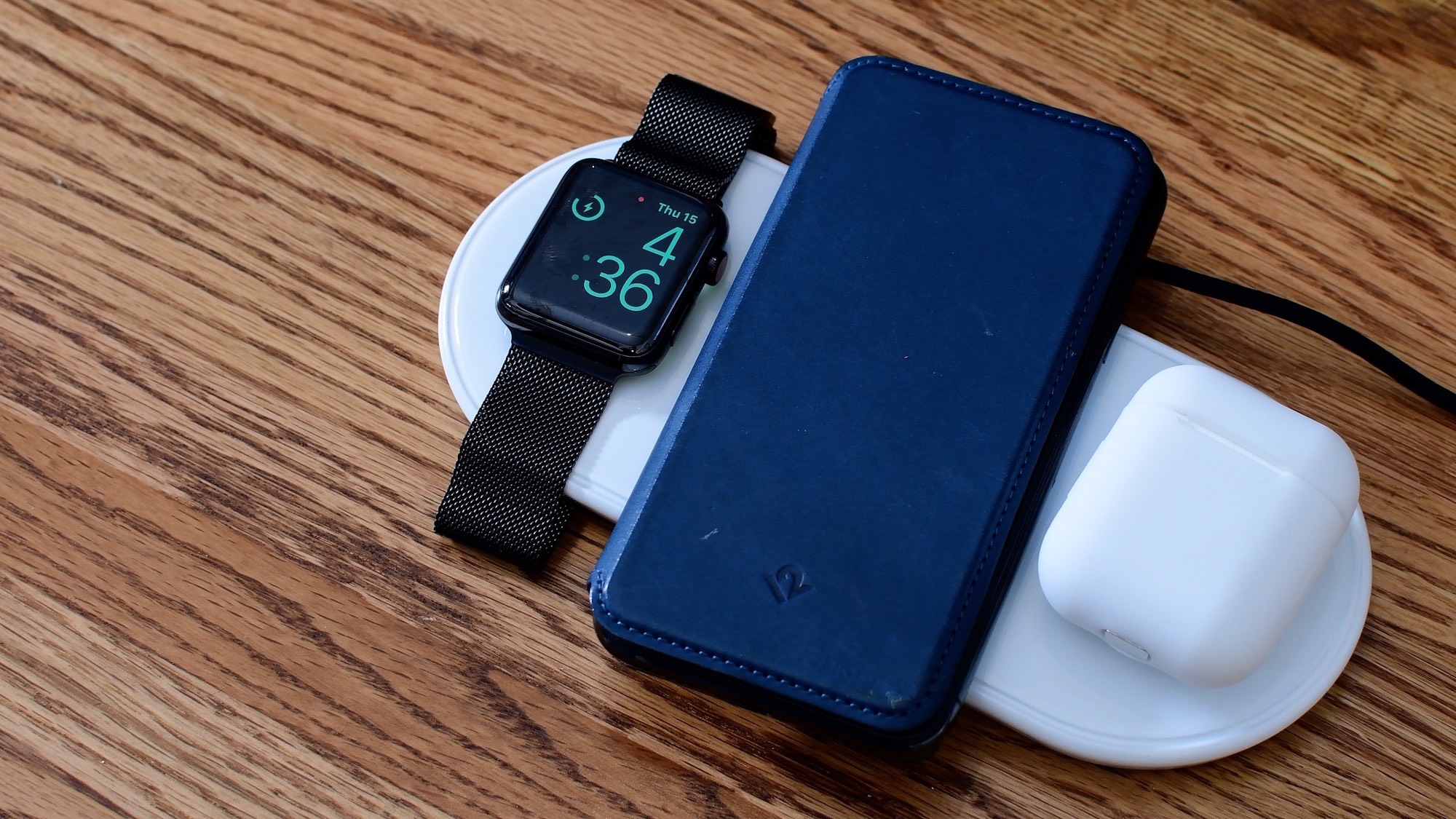 Here is a quick summary of the pros and cons of each device.

Personally, I really dig Plux. It works very well and I can always pick up the Qi charging case for my AirPods from Apple when it becomes available in order to find a bit of a middle ground between the two devices. I will certainly be trying out AirPower when it launches to get a final determination, but right now Plux is a tempting option. 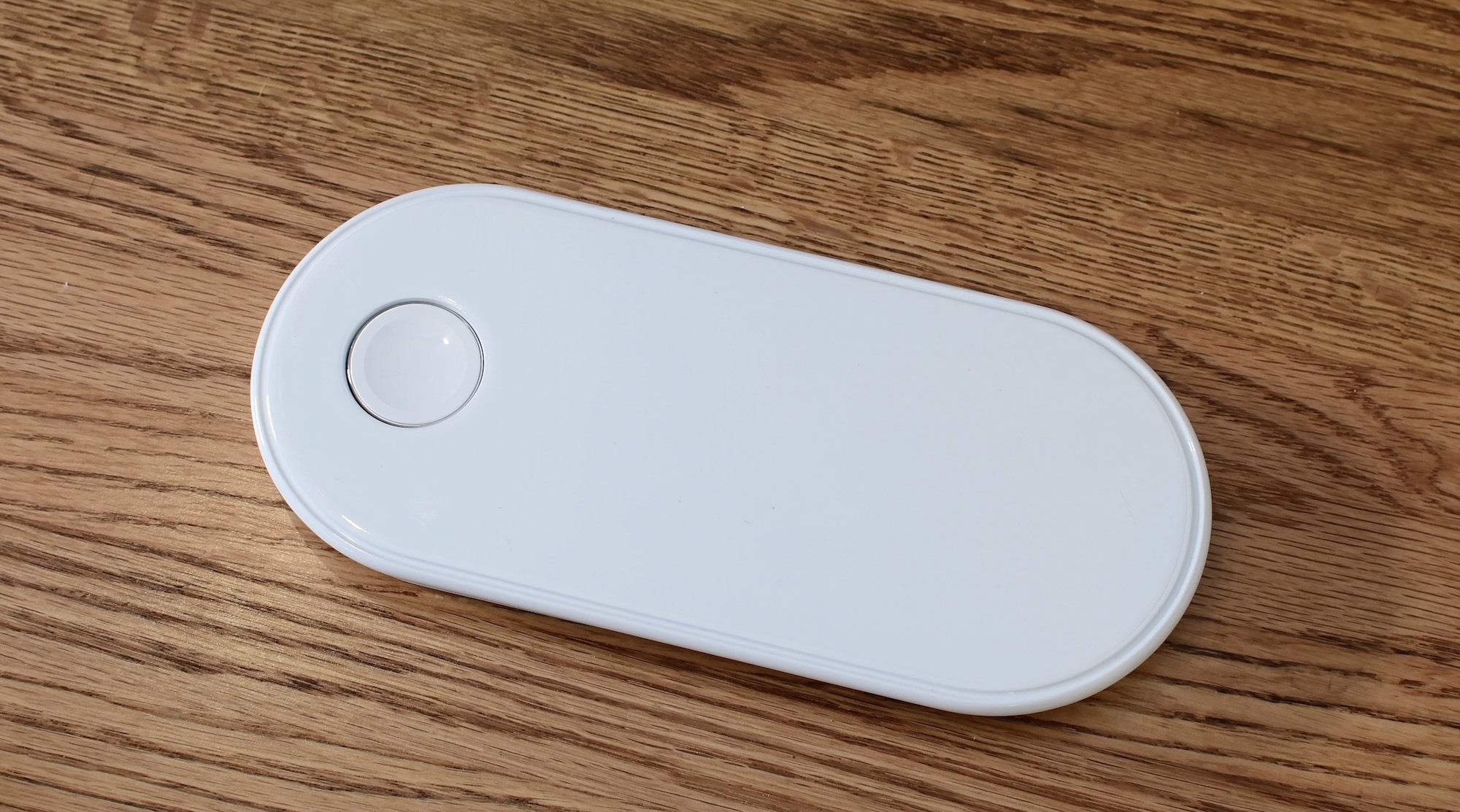 Plux is available now for preorder on Indiegogo for $39, with shipping expected this April.

Granted, crowdfunding campaigns are never guarantees. That said, Plux is ready to go into production, as evidenced by the sample I tested, so risk should be significantly lower than most.

What do you guys think of Plux?

Do you think it is a more affordable option to AirPower?