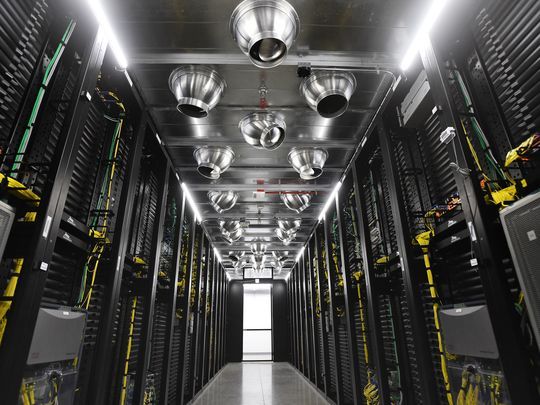 A new warehouse located in Reno, Nevada broke ground today, with Nevada Governor Brian Sandoval, and Reno Mayor Hillary Schieve on hand. As a surprise, Tim Cook also dropped by to participate in the ceremony.

The Reno Gazette-Journal was present during the ceremony, and was also given a tour of the nearby data center after it concluded.

Breaking ground in Reno today with @GovSandoval & @MayorSchieve as part of our data center expansion plan, one of many Apple initiatives which will contribute $350 billion to the U.S. economy and create 20,000 new jobs over the next 5 years. pic.twitter.com/g40dlHsxuC

Tim Cook gave a short speech during the groundbreaking, mentioning how crucial the data center was in helping deliver iMessages, photos, and FaceTime calls around the world.

“We’ve invested $1.6 billion in the region today and over the course of the next six years, we intend to invest an additional $1 billion,” said Cook.

“Reno plays an incredibly important role in the products and services that we provide our customers worldwide. Without the data center here, none of this would be possible.”

The Reno data center was a big deal for Apple, which had a clause that required Apple to build a facility near the downtown Reno tourism improvement district.

Be sure to check out the Reno Gazette-Journal for many additional photos of Apple’s complex data centers.