App Store revenues may become bigger than the entire worldwide movie-making business sometime this year, with both industries likely to hit the $40 billion mark in the near future.

Apple says users spent $300 million in purchases made on App Store on New Year’s Day 2018. During the week starting on Christmas Eve, a record number of customers made purchases or downloaded apps from the store, spending over $890 million in that seven-day period. 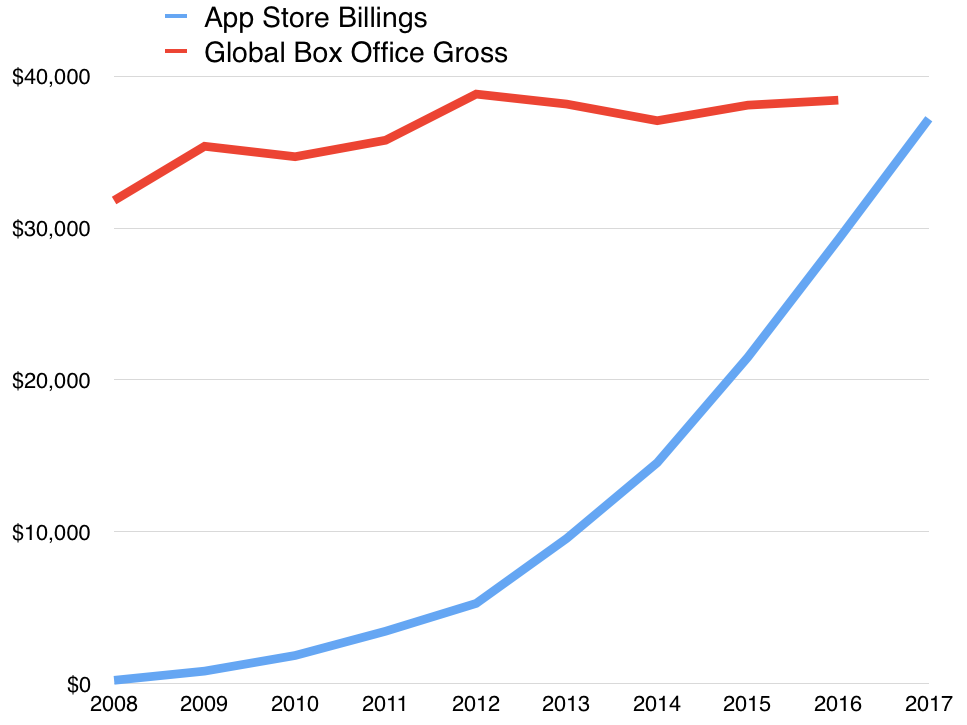 Based on Apple’s data and the fact that over half a billion customers visit App Store every week, while taking into account Apple’s cut and assuming the current 33% growth rate for App Store, the revered analyst posted a few interesting observations:

Even when considering this, one should keep in mind that the figures of revenue and payments to developers are only a small fraction of the overall app economy.

Apps sold to end users are a subset of all apps on the App Store.

There are not only free apps but also many apps which are front-ends to complex services which are monetized in various indirect ways.

“We are thrilled with the reaction to the new App Store and to see so many customers discovering and enjoying new apps and games,” said Apple. “We want to thank all of the creative app developers who have made great apps and helped to change people’s lives.”

Since its inception in July 2008, App Store has made it possible for iOS developers to cumulatively earn over $86 billion, and that’s after Apple’s cut, by making and selling iPhone, iPad, Mac, Apple TV and Apple Watch apps, games and stickers.

Apple paid the first billion to developers in June 2010.