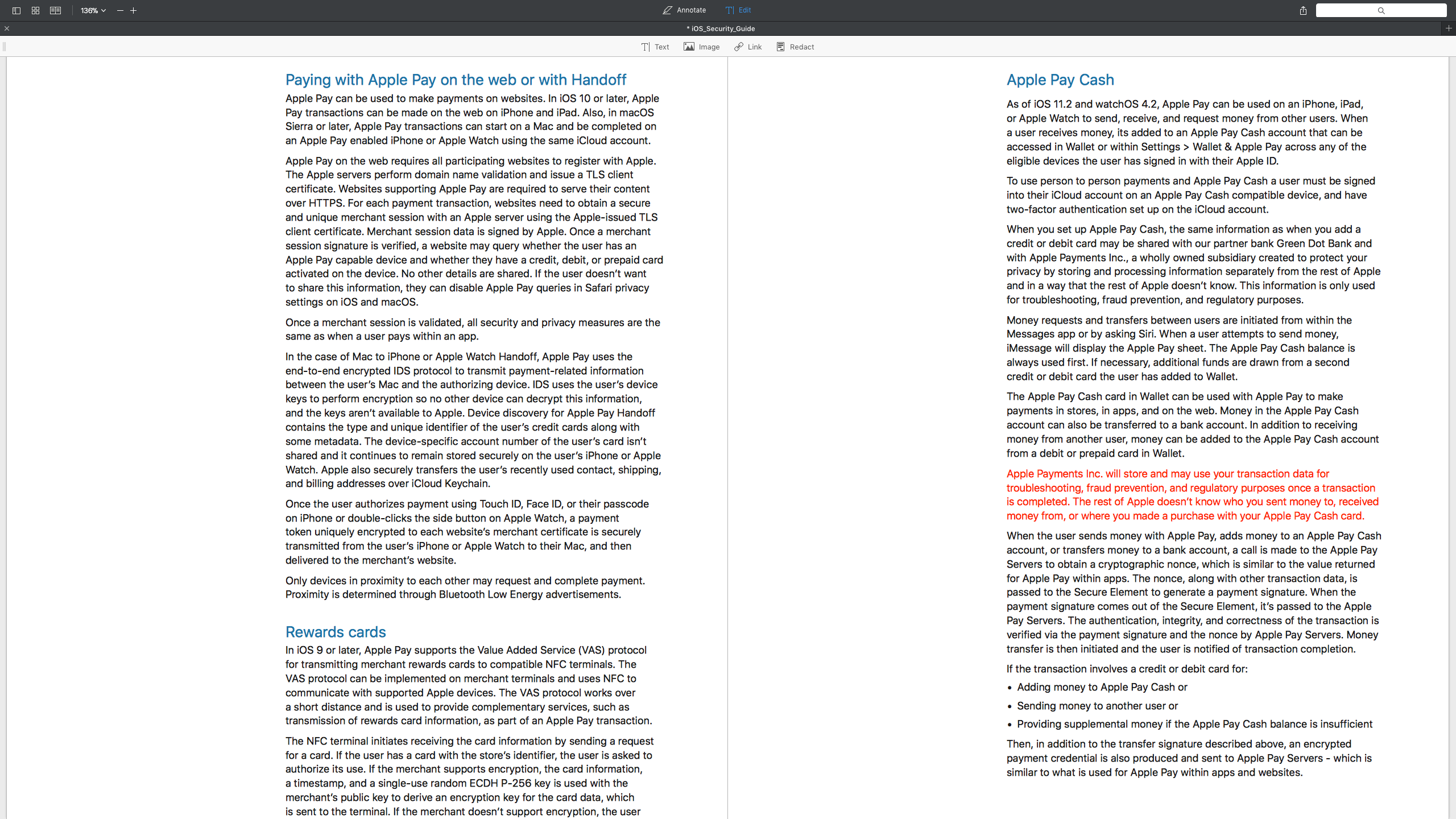 Last refreshed in July of 2017 following the release of iOS 10.3, the updated document is available as a PDF download via Apple’s website. Dated January 2018, it underscores the fact that iPhone X facial data is stored in an encrypted form in the Secure Enclave, a cryptographic coprocessor that’s embedded into the main chip and has its own encrypted memory.

The same info is provided in an earlier support doc, titled “About Face ID advanced technology.”

“Touch ID and Face ID don’t replace your passcode, but provide easy access to your device within thoughtful boundaries and time constraints,” says Apple. “This is important because a strong passcode forms the foundation of your iOS device’s cryptographic protection.”

The probability of a false match with Face ID, the document notes, is different for twins and siblings that look like you as well as among children under the age of 13, “because their distinct facial features may not have fully developed.”

As for Apple Pay Cash, the document reveals that transaction data is actually stored by Apple Payments Inc. for troubleshooting, fraud prevention and regulatory purposes once a transaction is completed.

“The rest of Apple doesn’t know who you sent money to, received money from or where you made a purchase with your Apple Pay Cash card.”

iOS Security Guide is a fascinating read for anyone looking to delve deep into the inner workings of how Apple’s in-house designed chips and software work tightly together to protect the privacy and strengthen the security of its customers.

If you’re interested to learn why iOS is the most secure mobile operating system in the world, and understand the basics of encryption, you’re wholeheartedly recommended to add this informative guide to your reading list.