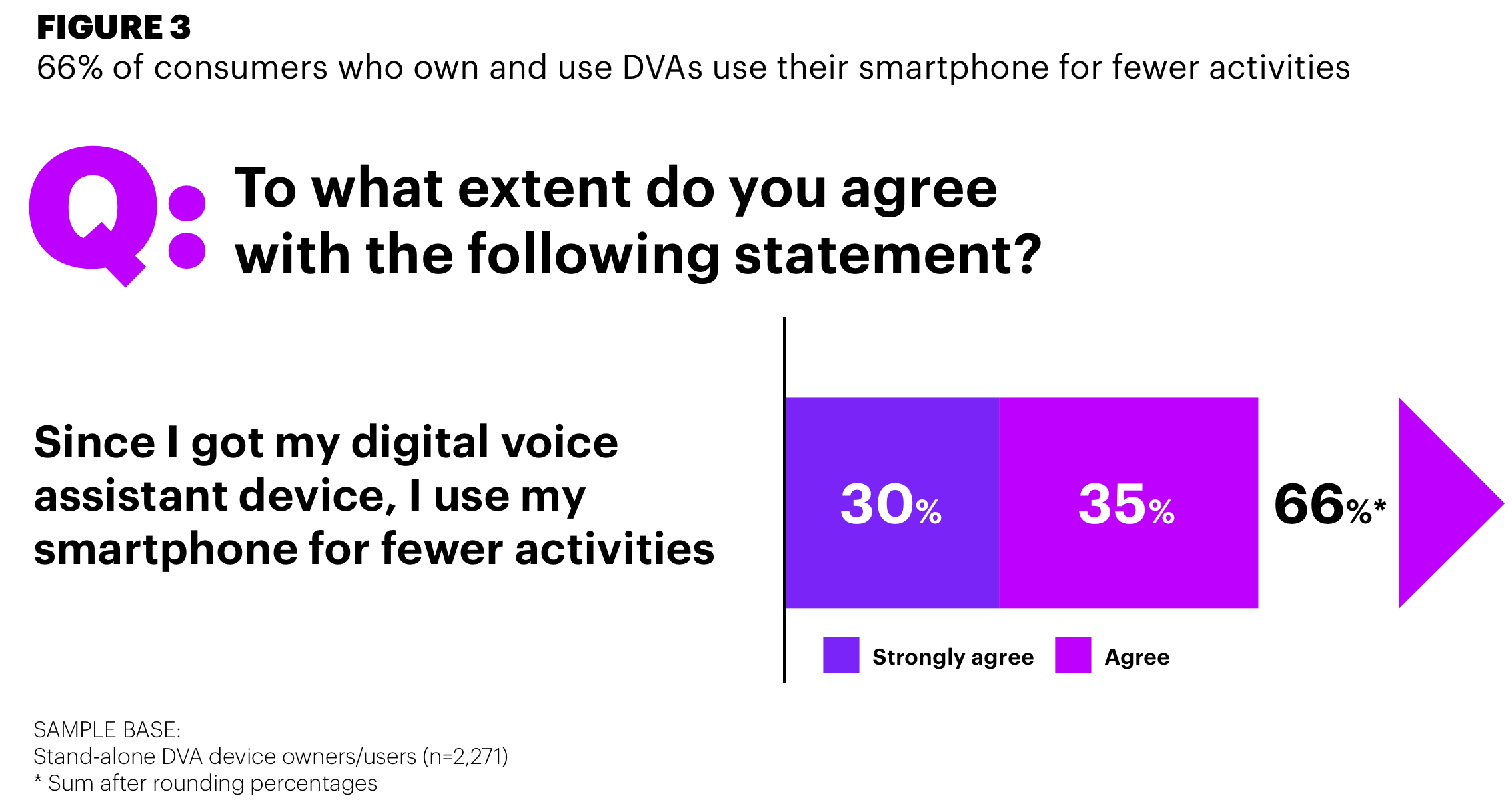 Having conducted an online survey of 21,000 people across 19 countries in October and November 2017, tech consultancy Accenture and Harris Interactive discovered that people with smart home speakers like Amazon Echo or Google Home use their phones less often.

66% of the respondents said they agreed or strongly agreed.

The study has discovered that the frequency of daily and weekly usage of smart speakers is higher at 75% than that of embedded assistants like Siri, at 69%. Satisfaction levels for standalone assistants vs. embedded ones are also slightly higher at 94% versus 91%.

Countries where the highest percentage of consumers agree they are using smart speakers for activities previously done on smartphones include India, the United States and Brazil. Of course, those types of users still turn to their phones for “on the go” use cases.

Year-on-year growth in ownership of standalone digital voice assistant (DVA) devices is greater than 50% in all countries surveyed, regardless of the availability of local language services.

If stated purchase plans hold, DVA device ownership will reach one third of the online population in China, India, the US, Brazil and Mexico by the end of 2018. While not yet as widespread as embedded voice assistant devices, standalone DVA devices are used more often and users are more satisfied.

Ownership of dedicated digital assistant devices should explode in 2018 if people follow through on their expressed intent to buy one: in the US, 21% of the online population owns a standalone digital voice assistant device today, with 37% set to buy one by the end of 2018.

Survey findings may spell trouble for technology giants like Apple and Samsung, who lag behind Amazon and Google in this emerging space.

Apple, as an example, missed out on the lucrative holiday shopping season by unexpectedly delaying its upcoming $349 Siri-driven HomePod wireless speaker into 2018. Amazon was smart enough to seize the opportunity by discounting its Echo Dot aggressively during the winter holidays, helping its Alexa voice assistant dominate the sales charts.

In the latest move set to expand the addressable market for Alexa, Amazon said that its voice assistant is heading to Windows 10 devices this year. Google, too, is expected to announced a bunch of hardware partnerships for its Google Assistant at the upcoming CES 2018.