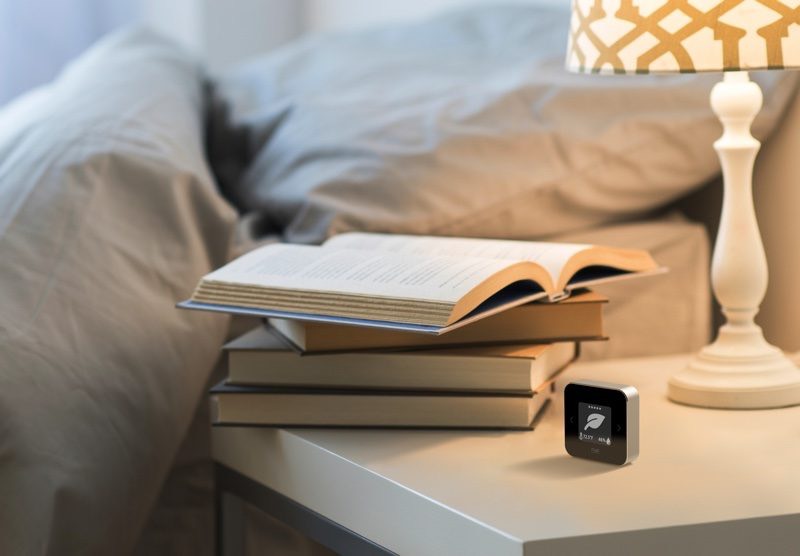 Elgato is adding a pair of new HomeKit accessories to their lineup at CES 2018. These Bluetooth-connected accessories include an updated version of their Eve Room sensor, as well as their first HomeKit button.

Elgato is on a roll with HomeKit accessories, having announced several others in 2017.

These new accessories take their updated design cues from the Eve Degree, which shared their aluminum exterior, black colors, and e-ink display.

The Eve Room is a follow-up to their original HomeKit sensor that was released back in 2015. It measures temperature, humidity, and the air quality of your room. I’ve been a fan of their updated design aesthetic, and this seems to work well on the Eve Room. 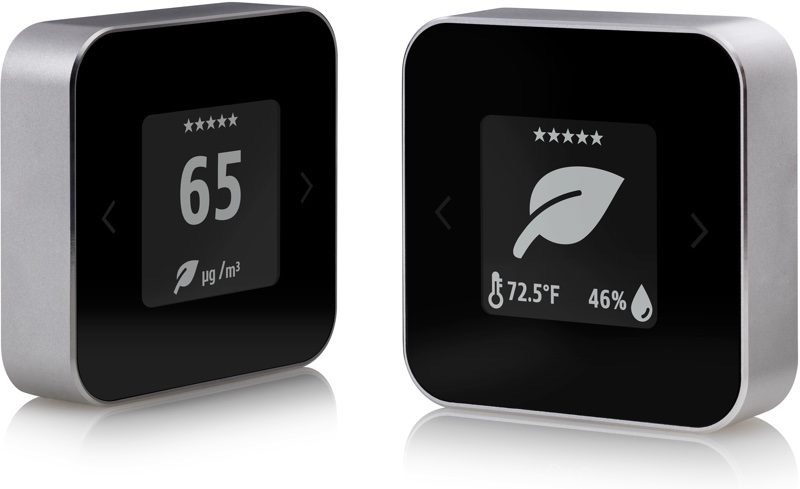 That new e-ink display now allows you to view those measurements when your phone isn’t around. The original version required a phone to glean any information. They also now utilize a built-in battery that can charge over USB, instead of the trio of AA’s.

HomeKit sensors are one of the best ways to automate your smart home. You can turn your HomeKit ceiling fan on/off, activate a humidifier, or run an air purifier.

Personally, I have the original 2015 Eve Room in my kitchen. If it detects poor air quality (say when the girlfriend is cooking?), it will automatically turn on a HomeKit outlet which my air purifier is plugged into.

The second new accessory is the Eve Button. Similar to the Logitech Pop we reviewed, this simple button allows you to control up to three HomeKit scenes without using Siri, or your phone.

It follows that same design aesthetic as the other Eve devices, with a black finish and an aluminum enclosure. 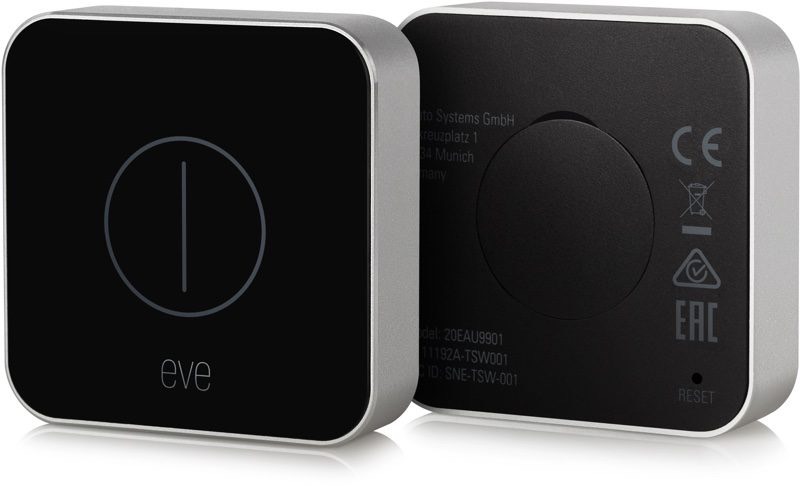 By pressing the button once, twice, or holding it you can control different scenes. If you have it in the bedroom, maybe one press is a morning scene, two presses is the evening scene, and holding it turns the lights off.

While some others offer the control of more than three scenes, it looks great, and has an affordable price of $49.95 without the need for a bridge/hub.