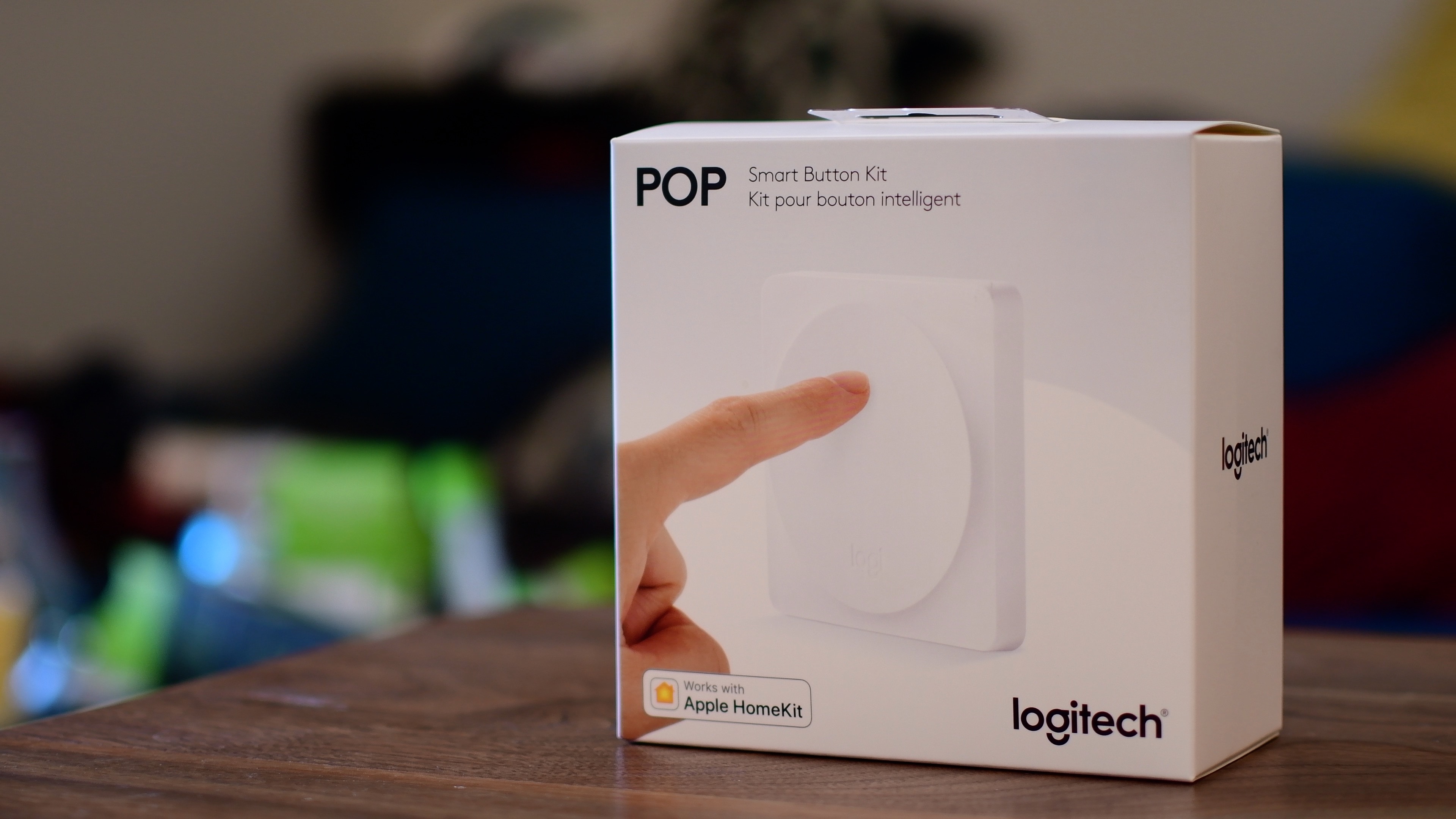 Logitech made waves by putting the first HomeKit programmable button on the market. After spending some time with it, I’m convinced these easy-to-use, addicting buttons will make your smart home even more useful.

What makes the Pop buttons so great, is how easy to they are to set up, and how ridiculously powerful they are. After a few minutes in the HomeKit app, you can use the button to control any or all of your HomeKit devices.

The starter kit comes with a few pieces to get started. The Pop Bridge, which is the Wi-Fi connected component. Then the Pop Button, which connects over RF to the Bridge, sends the signal to your smart home. The Bridge gets plugged directly into an outlet, and the button itself is battery powered, which should last you about five years.

Setup is straightforward and involves plugging in the bridge, opening the app, and pressing the button. You can use the Pop button with either the Home app, or the Logitech app, but not both (more on this later). 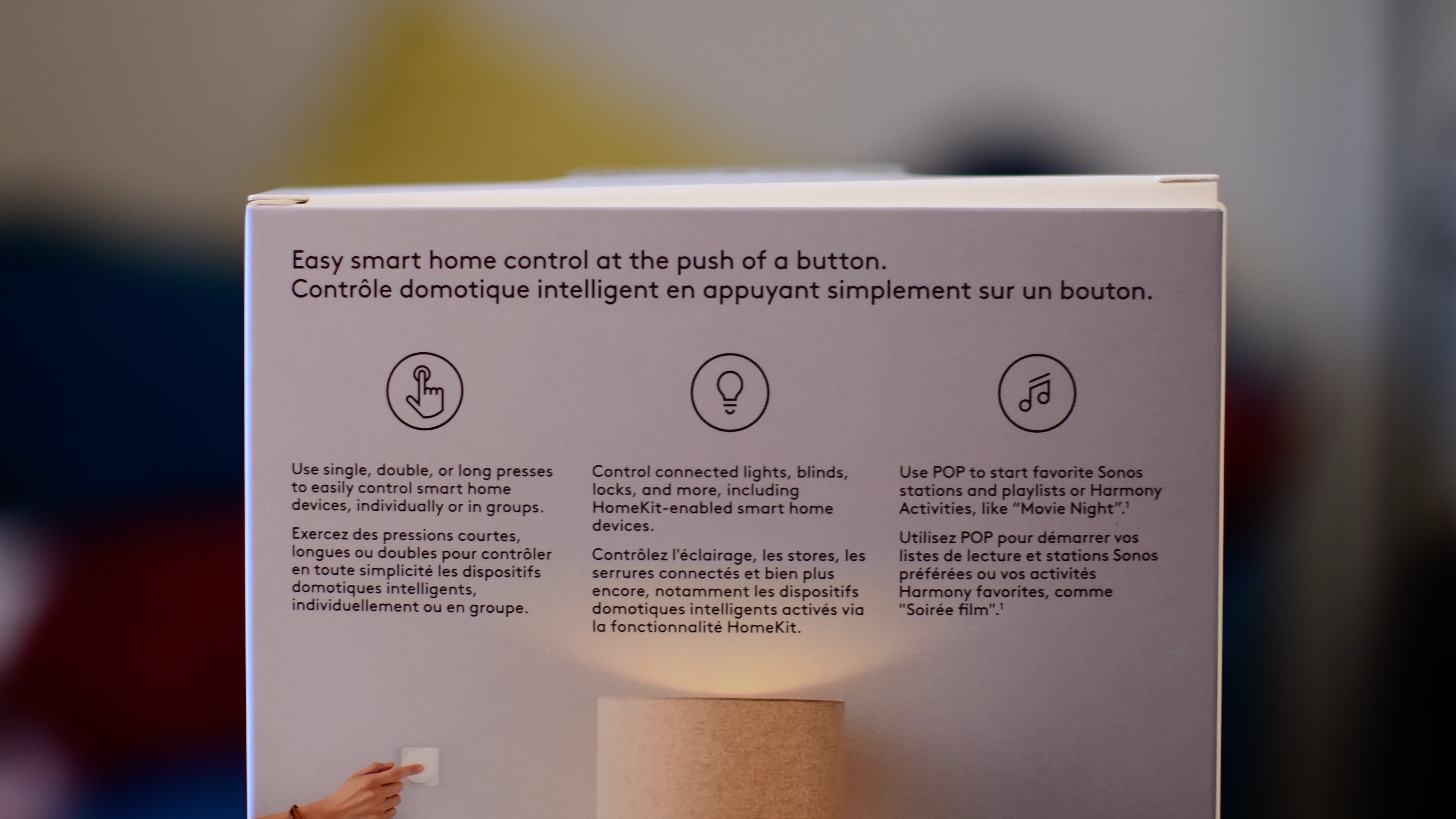 In the past, we looked at things like the Eve and iDevices HomeKit wall switches. While these are great, they lack the customization, portability, and ease of the Pop buttons. There is no installation necessary to get the buttons up and running. You can also have several commands per button instead of just on/off like a switch.

Depending on the setup you have in your home, you can have Pop control lights, locks, thermostats, fans, humidifiers, and so much more.

Since the buttons use a bridge, you can add on as many buttons as you need, at a cheaper cost, similar to the Philips Hue setup.

The Pop buttons got their names from the characteristic noise they let off when depressed. It isn’t overly loud, but it is tactile enough to make them actually kind of fun to press. They can be set up to have three different functions. A single press, a double press, or a long press. To be honest, I wish there was a triple press for more options, but I’m happy with at least three.

For me, I have the single press configured to turn on my living room lights (which includes a few Hue bulbs, and an Eve smart outlet). Then the double press turns on the kitchen lights, which is connected to my living room (this includes many Hue bulbs, a hue light switch, and an Eve wall switch). Lastly a triple press turns on my goodnight scene (that includes adjusting the thermostat, locking the door, turning off all the downstairs and hallway lights).

For Apple users, HomeKit is the big feature here. We don’t live in a world where HomeKit exists in a vacuum though. Fortunately, Pop leans into this full force. If instead of using HomeKit you set up the Pop button through the Logitech Pop app, you have many other options to choose from.

A big downside is that you are forced to choose between HomeKit and the Logitech app. I can see how for most homes it won’t be an issue, but there are a few great advantages to using the third party app.

In the HomeKit app, it instantly works with any and all HomeKit products, regardless of manufacturer. This is the easiest, and most straightforward way of using the button. In the Logitech app, you have the option to set it up to work directly with Philips Hue, Insteon, LIFX, Lutron, Hunter-Douglas blinds, August lock, Sonos, SmartThings, Belkin WeMo, IFTTT, and Harmony remotes.

That opens new possibilities like pressing the button to start playing music on Sonos, or starting your PS4 scene on your entertainment system with the Harmony hub. IFTTT is also super powerful in what it can do. If you are a user of Samsung SmartThings or WeMo, this will fit your setup as well.

Luckily, many of the others are HomeKit products by themselves, and if you are using that, you don’t need to worry about the Logitech app. August, Hue, Lutron, Insteon, and soon WeMo are all HomeKit capable.

Using the button is easy once you have it set up. It’s literally just pressing a button. I’ve found it is best to just let it float around, carrying it room to room. If you’d rather have it stationary, they even include a removable adhesive to affix it to the wall or counter.

I did find that it was a bit problematic in the first location where I placed the bridge in my two-story townhouse. Originally, it was on the ground floor, opposite of the stairs. However, when the button got upstairs in a remote room, it made it a bit hard to communicate. A slight relocation alleviated this predicament however.

In iOS 11, Apple has drastically improved the response time for triggering scenes, though it will require an update from manufacturers to take effect. Several of my HomeKit devices communicate via Bluetooth, and it is noticeable when triggering scenes. Once iOS 11 drops, scenes should trigger the moment you press them, though that is something I will have to reevaluate once the appropriate updates are released. 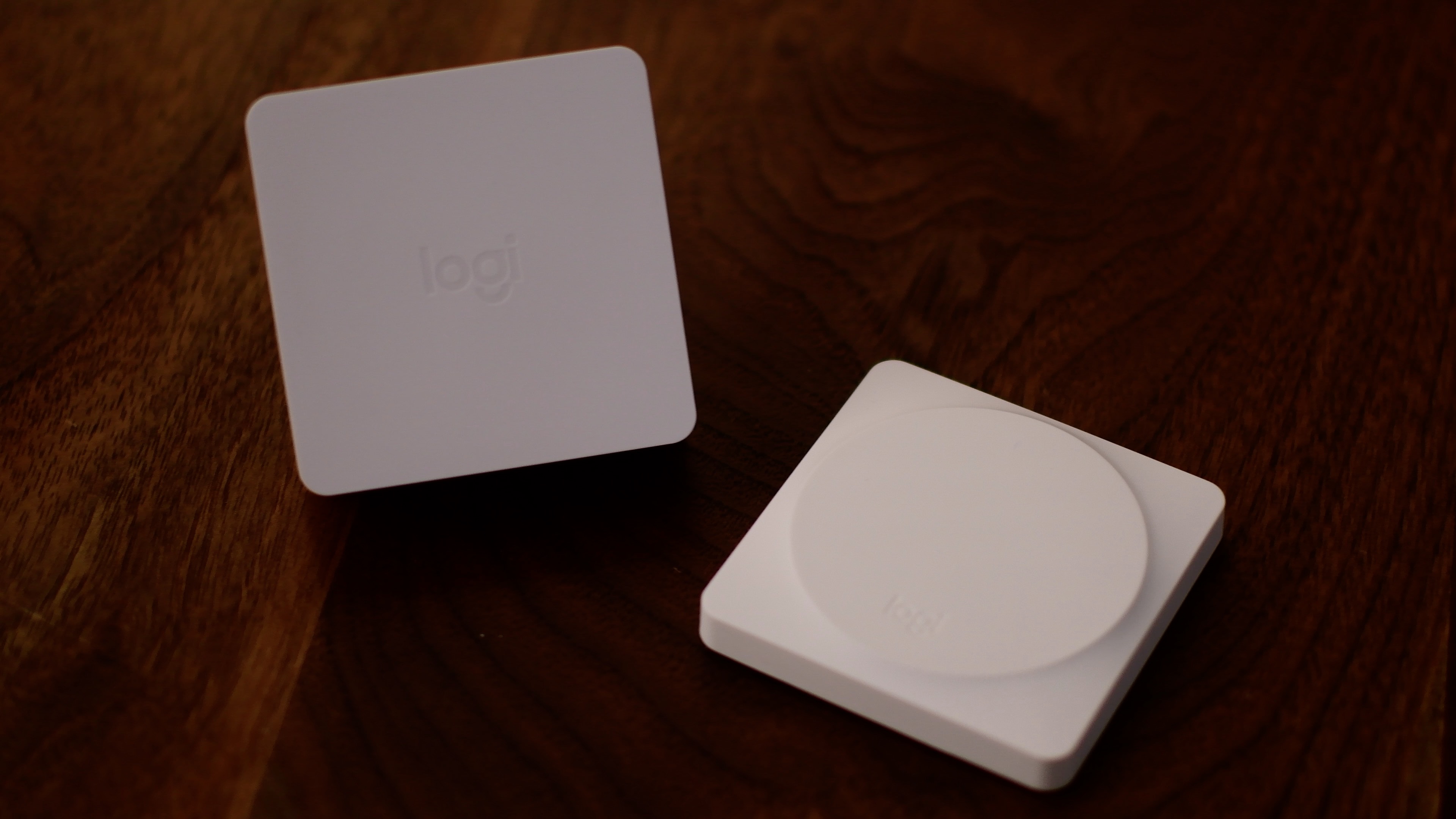 Smart homes are great. I love mine. They can be pretty dumb if you aren’t able to properly control it. There are times where I don’t have my phone on me, or it’s more of a pain to use Siri than it would be to press a button. It also isn’t just about you. Anyone else living, or visiting your home can be quite inconvenienced if they can’t turn lights on and off. Trust me, it’s something I’ve frequently heard about from my girlfriend.

Logitech Pop fixes these common issues in a great way. The experience is nearly seamless, and gives you tons of options for control, as well as installation. Additionally, you could pick up two buttons and a bridge for the same price as one iDevices wall switch. The Pop Bridge and one button run $59.99, and each additional button is $39.99. At the moment, you can pick up the buttons in a clean white, or a subtle “alloy” color that would call “grey”. Be careful though, as the HomeKit version is available exclusively through Apple, and other retailers may carry the non-HomeKit version of the Bridge, which retails for the same price.