A new video from Cetizen on YouTube compares the iPhone X’s display to that of the S7 Edge and the Note 8. They test to see at what point the screen will receive a burnt-in image from leaving the display on too long, which was a worry that some people had before picking up the iPhone X.

For the test, they took each phone, set it to maximum brightness, and started a timer, checking at regular intervals over the course of several days. The test was run for a total of 510 hours, and it is clear that in the end, the iPhone X held up the best.

That said, the test makes it difficult to clearly quantify the results, as each phone was showing different symptoms at different times.

For instance, the iPhone X showed extremely minor symptoms after 17 hours, though it wouldn’t be noticeable to the naked eye. 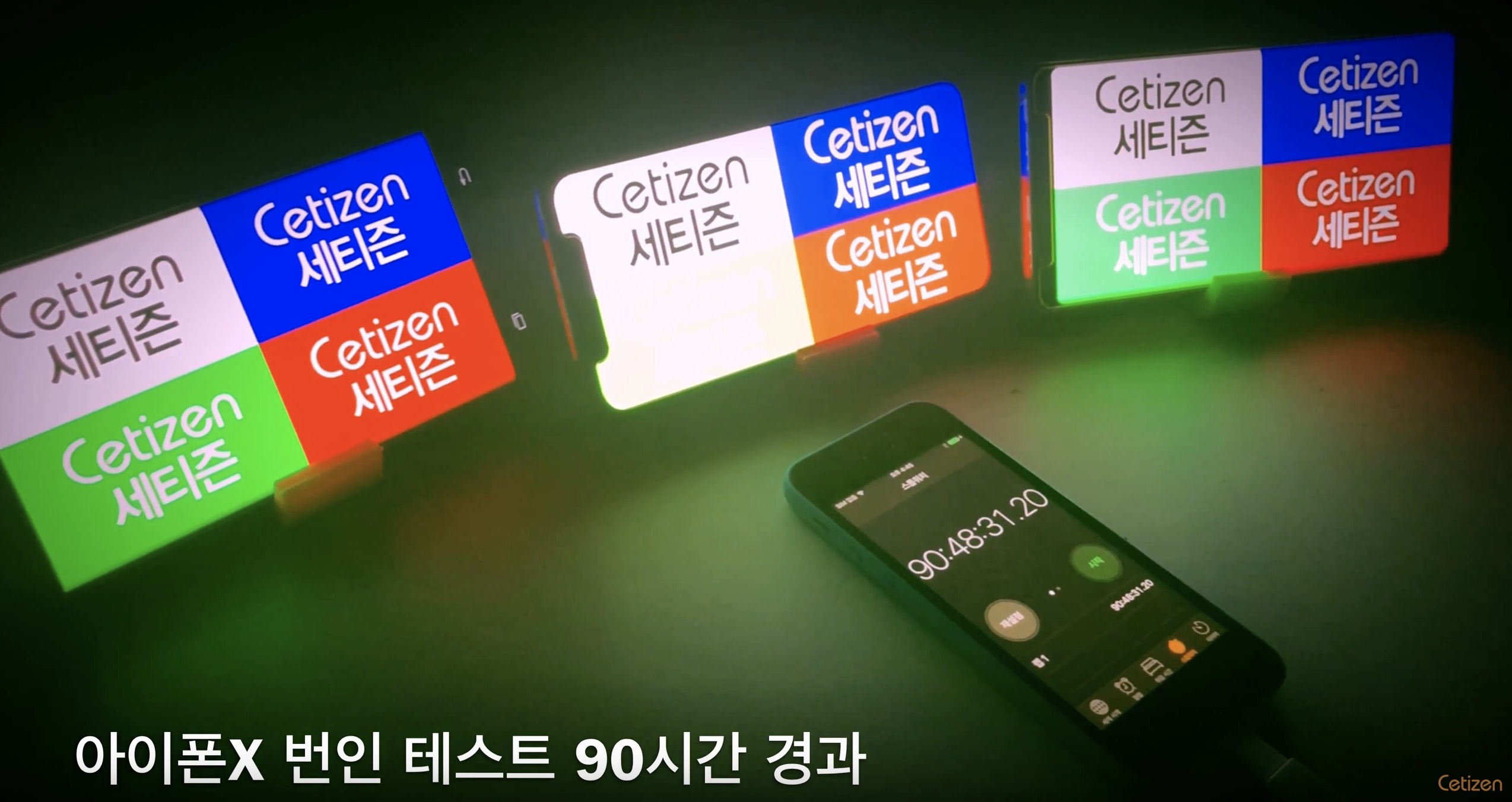 It is best to see the results and judge for yourself to see how well the iPhone stood up.

Here is the the iPhone X and the Edge after 84 hours of the test. 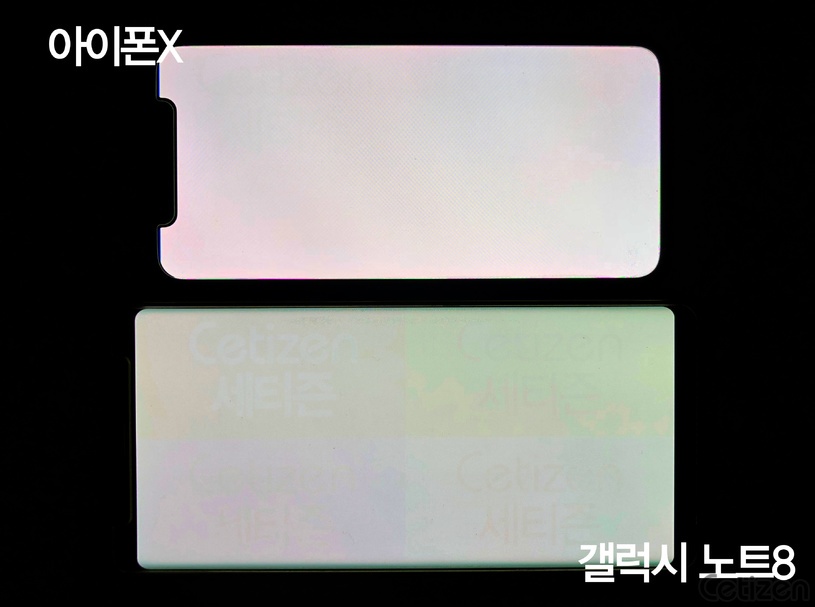 It appears the Edge has more significant damage, even at this early stage.

As the test continues, so does this trend. Here are the three phones after 254 hours, with the iPhone in the middle.

Next point is at 374 hours, where you can see that the iPhone X isn’t unscathed, though holding up quite well comparatively. 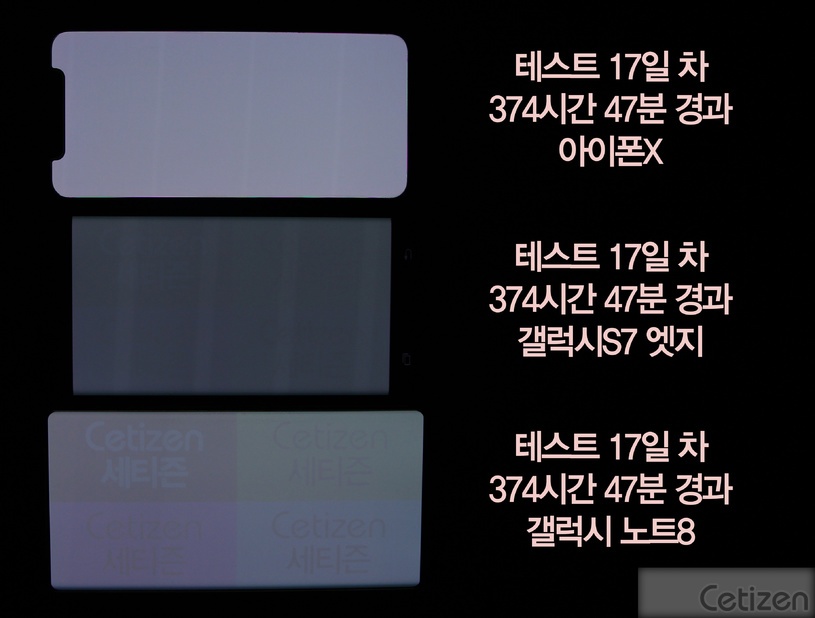 Lastly, we have the final shot at the end of the test, 510 hours. 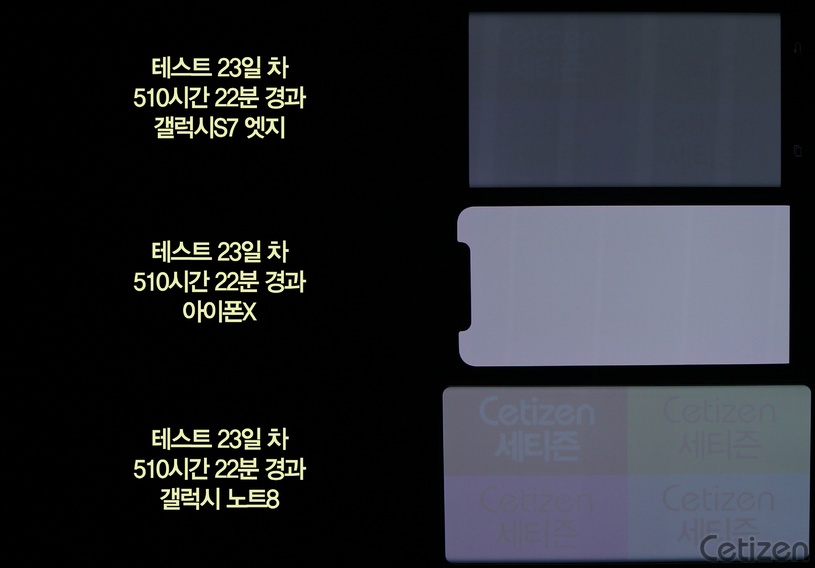 The iPhone clearly has some marks, and discoloration, but not nearly to the likes of the Note and the Edge.

It is interesting to note, that Samsung is a manufacturer of the iPhone X’s display. So even though they make the displays for all three phones, the iPhone was able to outperform their own.

This is most likely to do with the fact Apple has much higher specifications and requirements for their display’s color management than Samsung does.

What do you think of the test results? Let us know down below.