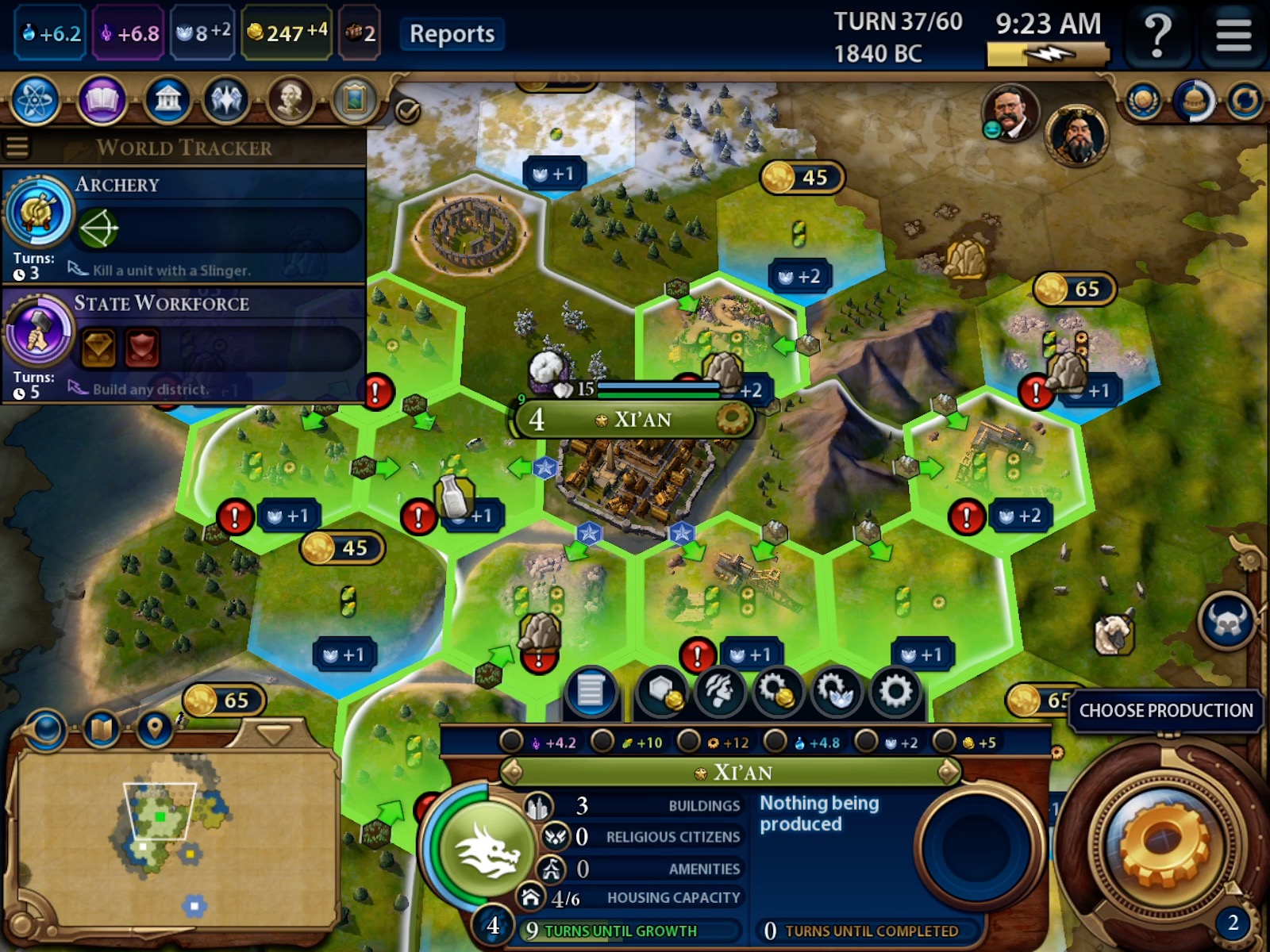 Launching as somewhat of a surprise, Civilization VI has made it onto the iPad. This wasn’t some early version of the Civilization series, it was actually the newest iteration, released only in 2016. I was a bit skeptical of such a big, and power hungry game coming to mobile so I took the plunge (you know, for science) to see how the tablet-centric version of this turn-based strategy game holds up.

While I waited for the game to download (coming in at a hefty 3.14 GB on my iPad Pro), I had some pretty high expectations. I had sunk an inordinate amount of time playing different versions of the franchise on my Mac, and my old gaming PC. I didn’t want this to be a watered down version that ruined the experience.

Lucky for most, the app is a free download, that lets you play for 60 turns before you have to pay to unlock the full game. That will be plenty for most people to try it out, but there is a wealth of other features to take advantage of once you upgrade. I paid for the in-app purchase, and spent several hours playing to form an opinion of the game, and of course, I put it into a video.

The game actually works quite well on mobile. The frequently menu-based interface lends itself to the iPad’s touch screen quite well. Choosing your research, production, etc all worked just as you’d expect.

I found moving my units was a little wonky at times, where instead of dragging on the actual unit, I had to drag from the tile they were on. It was mostly just an adjustment in how I played, but something that took me a couple minutes to adjust to.

When I started talking to some of our viewers, the most common question I saw was how the load times faired later in the game. As even powerful Macs and PCs could struggle at times with large maps and several players, would the iPad be able to handle it?

After making my way through a few games, I  am happy to say that the load times were not as crazy as I expected them to be. Now of course, there are a lot of factors to take into consideration here. How big is the map? How many players are there? Which iPad are you running?

Civilization VI actually takes quite a bit of processing power, which limits it to newer iPads. It requires iOS 11.1.2 on an iPad Air 2, iPad 2017, or any iPad Pro. The load times would be far more painful if it were to run on anything else. I am on the newest iPad Pro 12.9″, so it handles the graphics and processing well.

There are a number of other key features that are present in the game, just like on desktop. For instance you can just jump in and play, or you can create a fully customized game, choosing all the settings for your perfect scenario (set turn limit, victory types, map type, etc).

One of the best features? Local multiplayer for you and your friends to play together.

I love the Civ franchise and have been blown away at how way the game has translated to mobile. It honestly is the full game I love playing on my Mac, but with the portability and touchscreen controls of the iPad.

The downside to a rather larger game like this on iPad, is that it carries the price of the full game. The game will cost you $59.99 to unlock the full copy, though right now, it is on sale for a limited time. In the short term, you can pick up the title for only $29.99 which is quite a good price considering it will cost you more in the Mac App Store.

If you were lucky enough to receive an iTunes gift card or two during the holidays, I think this would be a worthy investment. You can find it for free, with a single in-app purchase, on the App Store.