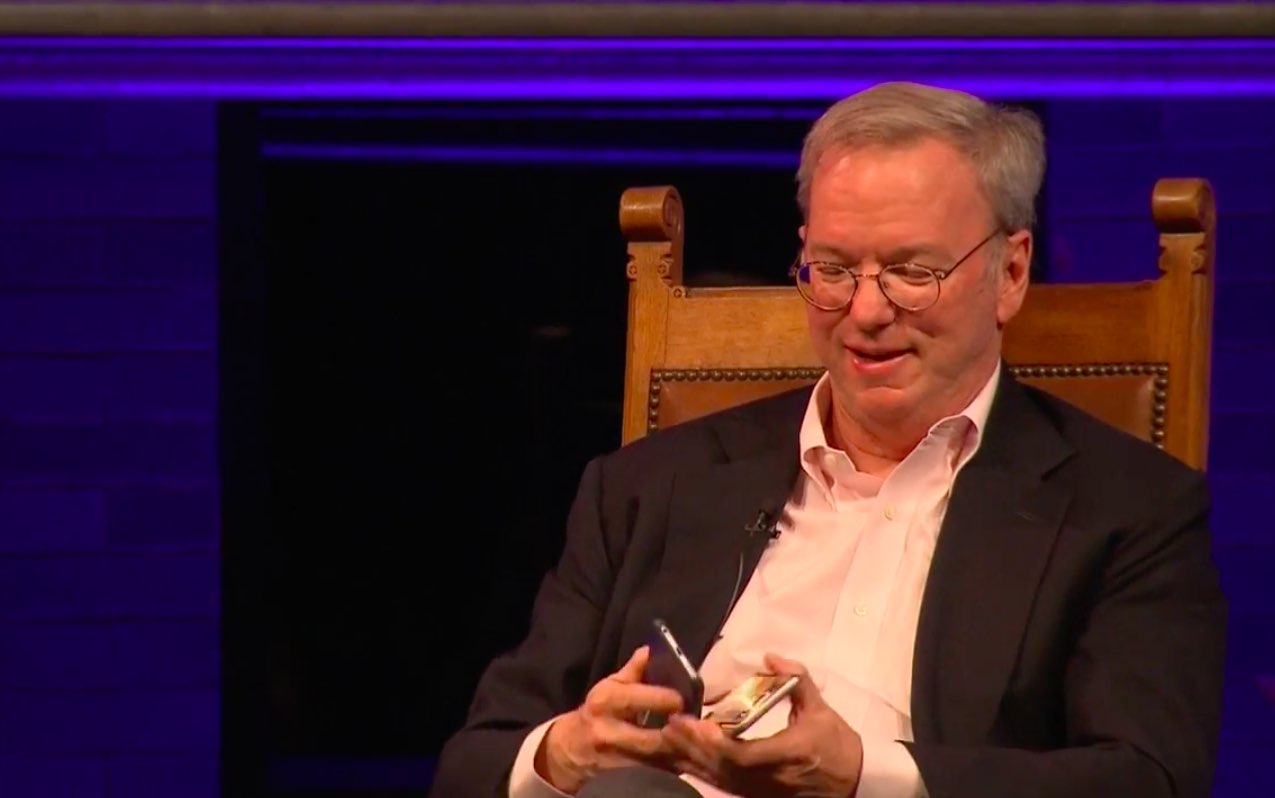 Eric Schmidt announced yesterday that he would be stepping down as the Executive Chairman of Alphabet’s Board of Directors at the next regular board meeting in January 2018.

Alphabet says that Schmidt will become a technical advisor to the company while continuing to serve on its board. They anticipate that the board will appoint a non-executive chairman.

Since 2001, Eric has provided us with business and engineering expertise and a clear vision about the future of technology. Continuing his 17 years of service to the company, he’ll now be helping us as a technical advisor on science and technology issues. I’m incredibly excited about the progress our companies are making and about the strong leaders who are driving that innovation.

Schmidt said that “Larry, Sergey, Sundar and I all believe that the time is right in Alphabet’s evolution for this transition” because the company structure is working well, with Google and the Other Bets unit now “thriving.”

“In recent years, I’ve been spending a lot of my time on science and technology issues, and philanthropy, and I plan to expand that work,” he added.

Schmidt has long acted as an adviser to co-founders Larry Page and Sergey Brin.

He joined Google’s board of directors as chairman in March 2001 and became the CEO in August 2001. In January 2011, the search giant announced that Schmidt would step down as the CEO, but continue as the executive chairman. They gave him a $100 million equity award when he stepped down as CEO.

In October 2015, Alphabet became the parent holding company of Google.