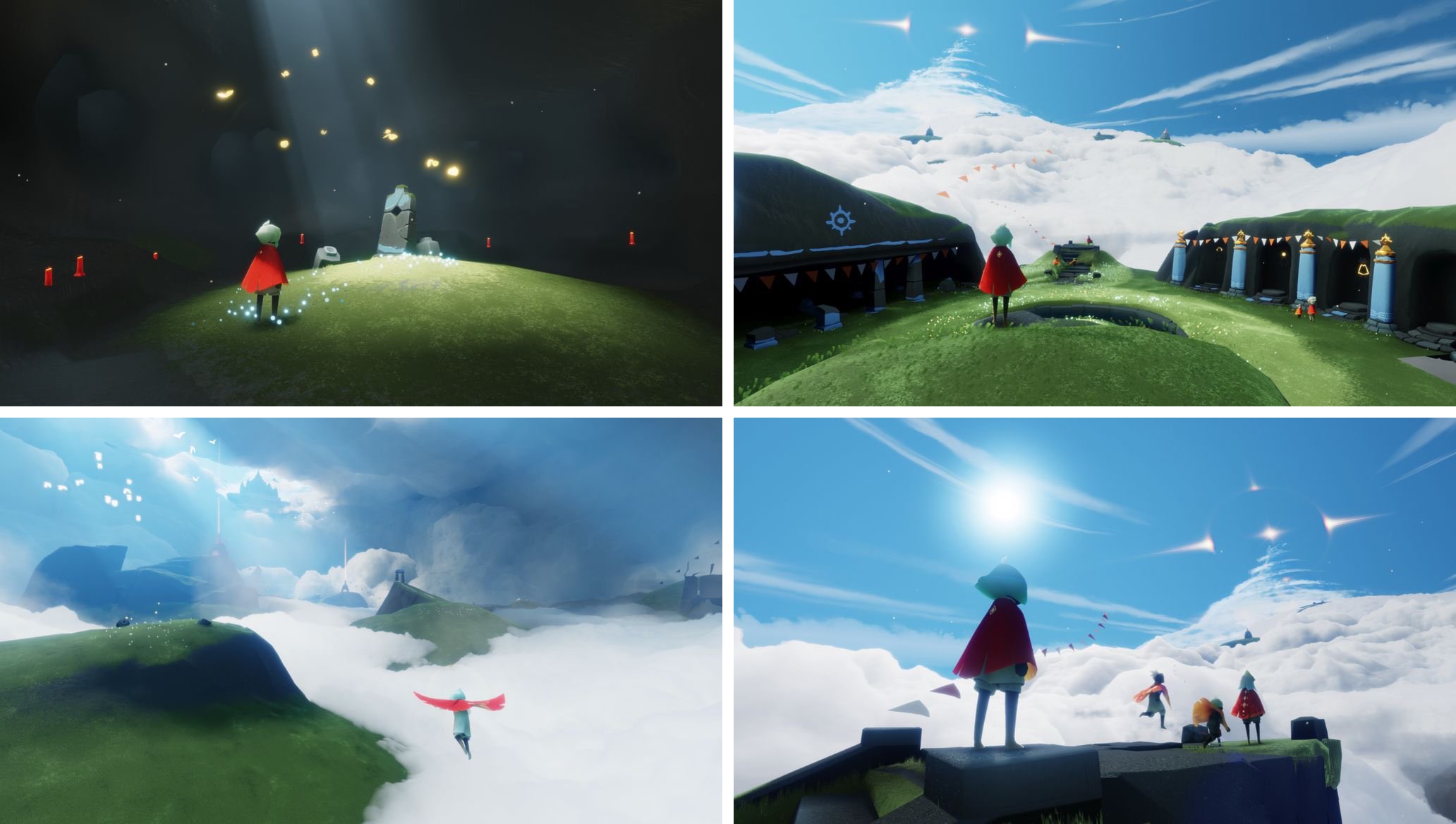 thatgamecompany showed off its highly anticipated iPhone, iPad and Apple TV title, called Sky: Light Awaits, during Apple’s September 2017 iPhone X keynote address. However, the game will miss its original 2017 window and launch in March 2018 instead.

Apple has officially confirmed the delay with an updated fine print at the bottom of its iPhone X and Apple TV 4K webpages. Although Sky soft-launched in Philippines App Store earlier this week, the updated fine print now states that the game will be coming in March 2018.

Set above the clouds, Sky invites you and your family to fly up and explore the mysteries of the buried kingdom and its ancient inhabitants. With only a small candle and flame, players must come together to spread light to areas of darkness where it’s needed most.

The game was originally slated to launch in winter 2017.

Sky: Light Awaits is being described as a social adventure that promotes compassion, altruism and teamwork in which you fly through a kingdom and bring light to dark places.

Up to eight players can travel across the kingdom together.

You’ll be also meeting a cast of mysterious characters along the way, as well as solve puzzles and light candles to uncover new secrets and new paths.

From the developer diary:

With Sky, we are looking to make an intriguing, ever-expanding world above the clouds, that is filled with light and darkness.  As a ‘Descendant,’ your goal is to collaborate with other players to unearth the buried mysteries in the kingdom.

Only by working together can you progress in the world.  Using the power of light and candles, you and others need to spread light across the kingdom as you encounter a cast of characters and creatures who may be able to help you along the way.

The one-swipe touchscreen game experience is easy for both gamers and non-gamers to pick up and use. As mentioned, Sky: Light Awaits is currently available at no charge via App Store in Philippines, but that could change once it launches globally.

The game will be launching on iPhone, iPad and Apple TV before coming to other platforms.

If thatgamecompany’s critically-acclaimed console titles such as Journey and Flow are an indication, Sky should feature gorgeous graphics that will push the envelope of what’s possible on today’s iOS and tvOS hardware. thatgamecompany recently ported the popular PlayStation game Flower ($2.99 on App Store) over to the iOS platform.

Are you looking forward to playing Sky: Light Awaits?