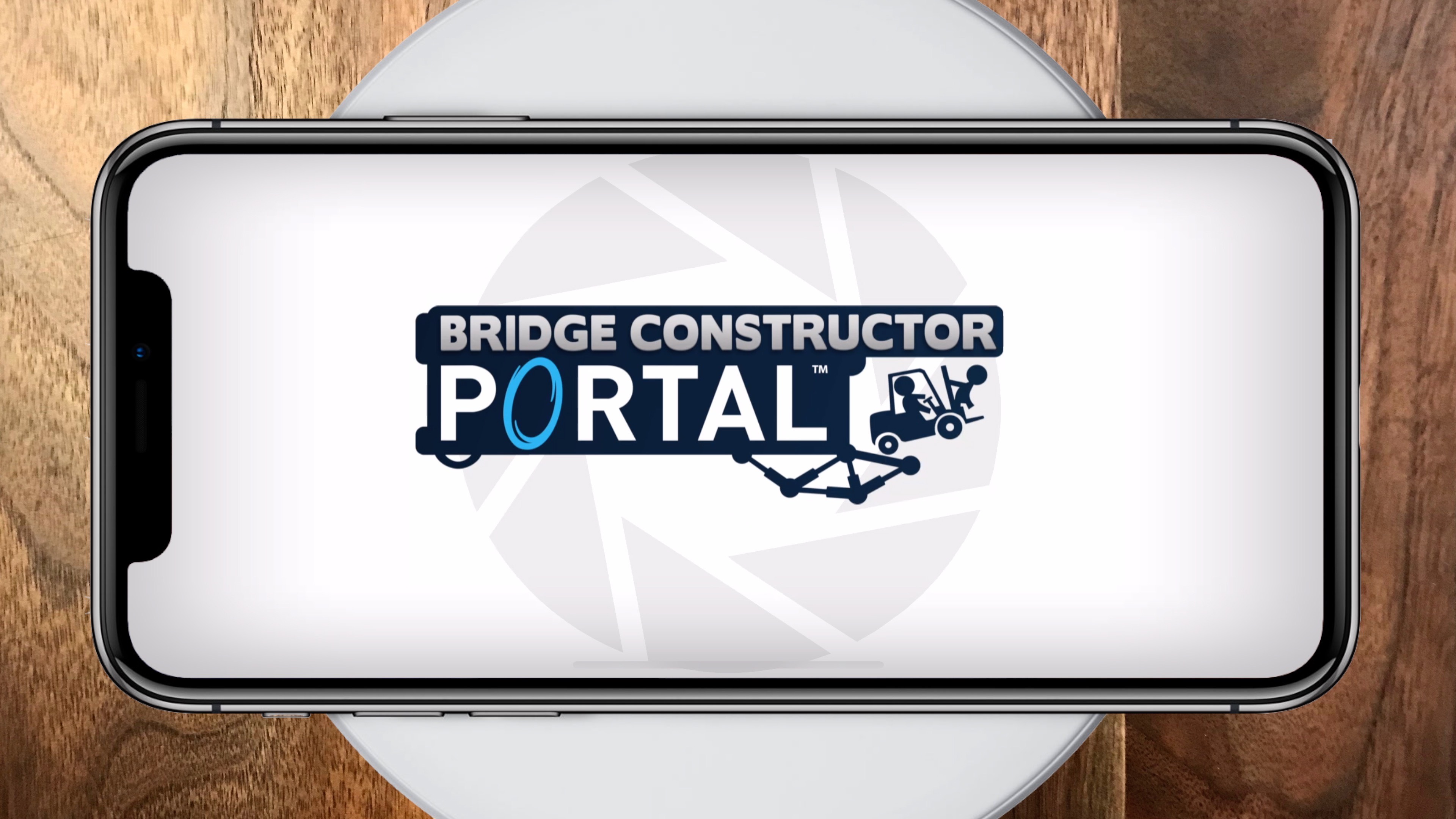 The popular Portal gaming franchise has finally made its way to mobile, thanks to the addictive new Bridge Constructor Portal title from developer Headup Games.

The latest iteration in the Bridge Constructor series is a collaboration with Valve that lends many common elements which will be familiar to any experienced Portal player, including the devilishly wry host: the artificial intelligence computer system, called GLaDOS.

It will be familiar if you have played any of Headup Games’ other titles, such as the other Bridge Constructor games or World of Goo. Before you head to App Store to grab Portal Bridge Constructor, check out our hands on video review and be sure to continue reading for our full review.

The goal is simple: put together a structure that will allow a small vehicle to traverse its way from the entrance to the exit. You do so with different materials. For those who want to go the extra mile, you can release a convoy of vehicles putting added stress upon your structure.

As the vehicles drive across, if it’s structurally sound, they will make it. But if the load is too much, different components will highlight in red as they approach the realm of breaking.

While I played it primarily on my iPhone X, the game was a bit easier to handle on iPad. That said, the wide iPhone X display fits the game well as many of the levels are laid out horizontally.

Bridge Constructor Portal perfectly embodies the puzzle-driven gameplay of the other Portal titles, just by using different mechanics. If you have played Portal in the past, you will instantly recognize many previous aspects such as lasers, blocks, portals and, of course, GLaDOS.

Original voice actress Ellen McLain has reprised her role as the ambivalent robotic narrator that walk you through the levels, nonchalantly giving you thoroughly unconvincing motivation.

I normally don’t listen to the audio on games. With GLaDOS, it was too much to pass up!

Not going to lie, I still listen to the iconic award-winning end song “Stile Alive” from the original Portal from time to time. There are many small Easter eggs I appreciate that are tied into the game, like subtle references to cake. The game also carries with it a wry sense of humor.

Instead of earning money or points at the end of a level, you get a “Well Done!”, a semi-sarcastic confetti blast and a bill reminding you how much money you wastefully spent in your construction.

Let me know what you think of the game. Does it live up to the historically well-received Bridge Constructor series, do you think?

Sound off down below in the comments section!