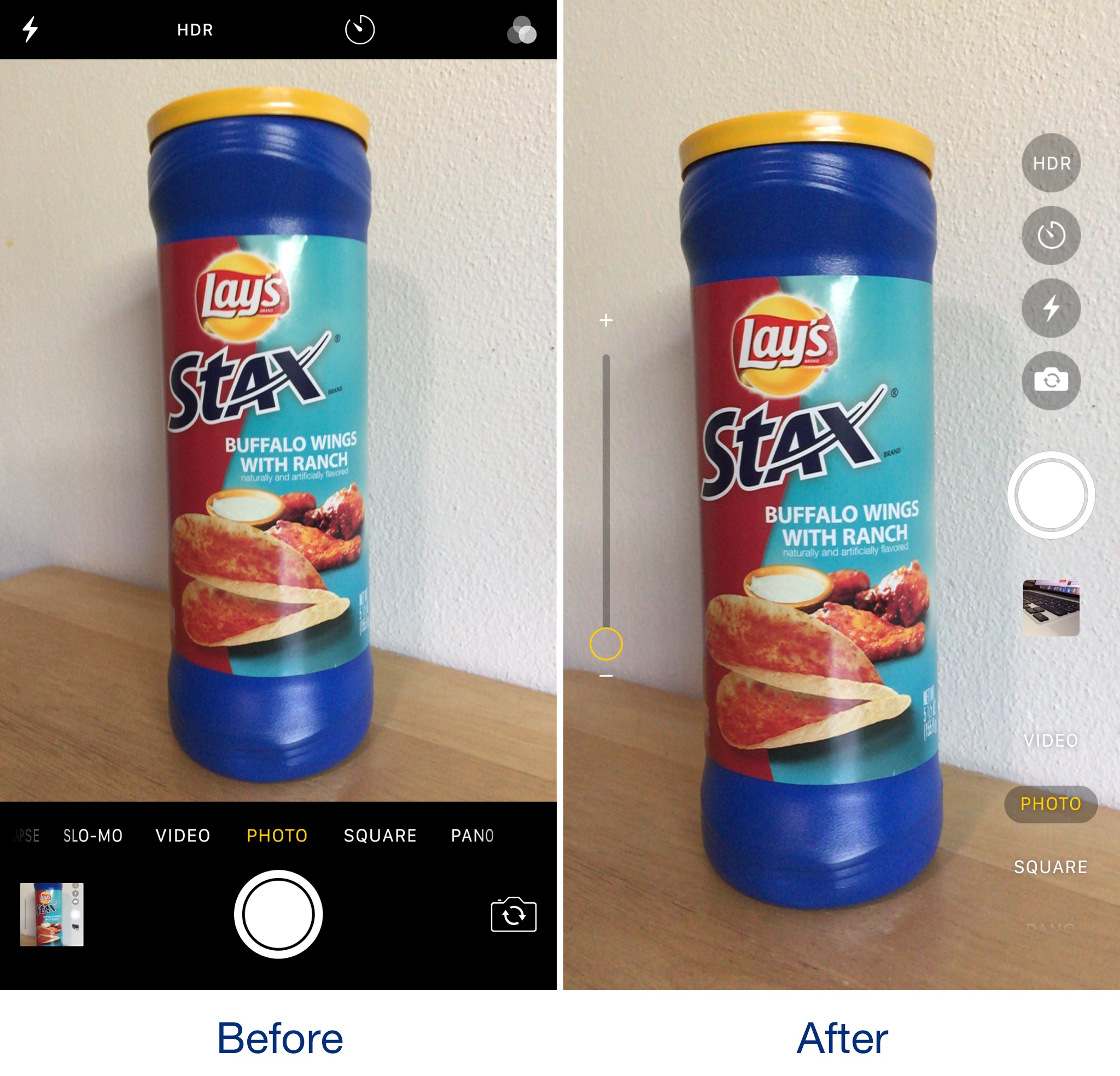 I routinely use the Camera app on both my iPhone and iPad, but between the two, I prefer the look and feel of the Camera interface on the iPad.

If you’re in the same boat, then a new free jailbreak tweak called iPad Cam for iPhone (iOS 10) by iOS developer Adel Hammoud might be right up your alley.

As shown above, iPad Cam for iPhone transforms your iPhone’s Camera app to look more like the iPad’s by rearranging various elements inside the app. For example, the shutter button, camera mode selector, and zoom slider become relocated to new locations, as do other controls.

While it’s a neat concept to have the iPad-style Camera interface on your iPhone, and I personally prefer it, I’ll be the first to admit that the iPhone’s stock interface feels somewhat more ergonomic.

Why? Mostly because the iPad’s interface makes it more awkward to tap on the shutter button, as it’s now located on the right side of the screen rather than at the bottom. On the other hand, I like having the camera mode selector and zoom slider on either side of the screen as opposed to the bottom.

The iPad Cam for iPhone tweak might be triggering some serious déjà vu in your mind right now, and that’d be because Hammoud launched another tweak back in September that accomplished the exact opposite purpose: porting the iPhone’s Camera app user interface to the iPad.

With both tweaks now available, you can finally get the interface you prefer on all of your devices. Furthermore, neither tweaks have any options to configure, keeping things super simplistic.

iPad Cam for iPhone (iOS 10) is a free download from Cydia’s BigBoss repository and should work on all jailbroken iPhones running iOS 10. Worthy of note, the tweak has only been tested on Plus-sized (5.5-inch) devices, so stay wary if you’re using anything else.

Do you prefer the iPad’s Camera app UI over the iPhone’s? Let us know in the comments section below.