Consumer Reports does some of the most thorough testing before making a determination on whether consumers ought to buy a particular product. Today, Consumer Reports is out with their final review and test results regarding Apple’s new iPhone X.

iPhone X made their top 10 list of best consumer smartphones, taking the number 9 position. Aspects like durability and battery life caused the new phone to be ranked below the iPhone 8 series for the average consumer.

You can see how iPhone X fared for yourself in the video they published today.

As for durability, one of the iPhone X units they tested ended up with some serious damage after 50-100 drops in a simulated real-world test. The regular iPhone 8 and its Plus-sized variant have managed to escape with only a few scratches.

“If not for the damage in that durability test, iPhone X would have come in ahead of iPhone 8 and iPhone 8 Plus,” says Richard Fisco, head of smartphone testing at the magazine.

Consumer Reports highlighted the beautiful OLED display, outstanding camera and convenient Face ID as the key strengths of iPhone X, and regarded its glass-sandwich design and battery life as weaknesses. 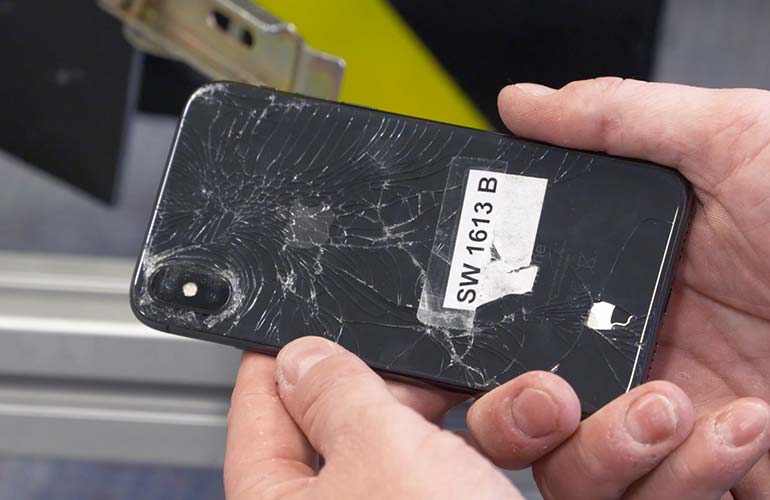 On Consumer Reports’ list of the top 10 recommended smartphones, Samsung’s Galaxy S8 and Galaxy S8 Plus are in the top two positions, mostly due to their bigger batteries. iPhone 8 and iPhone 8 Plus take the #3 and #4 spots with the flagship iPhone X trailing at #9.

Though it’s towards the bottom of the list, there are only small discrepancies in the scores between all of the top phones. You can view the full review over on the official Consumer Reports website. If you’re a subscriber, check out their full phone recommendations list.

Mind you, Consumer Reports is the same organization that lost its credibility during Antennagate. More recently, the magazine came under fire over its flawed testing methods which resulted in some crazy battery results in their review of the new MacBook Pro.

In both these instances, Consumer Reports said it couldn’t recommend Apple’s latest gadget only to change its mind after people called out their less-than-perfect testing methodology.