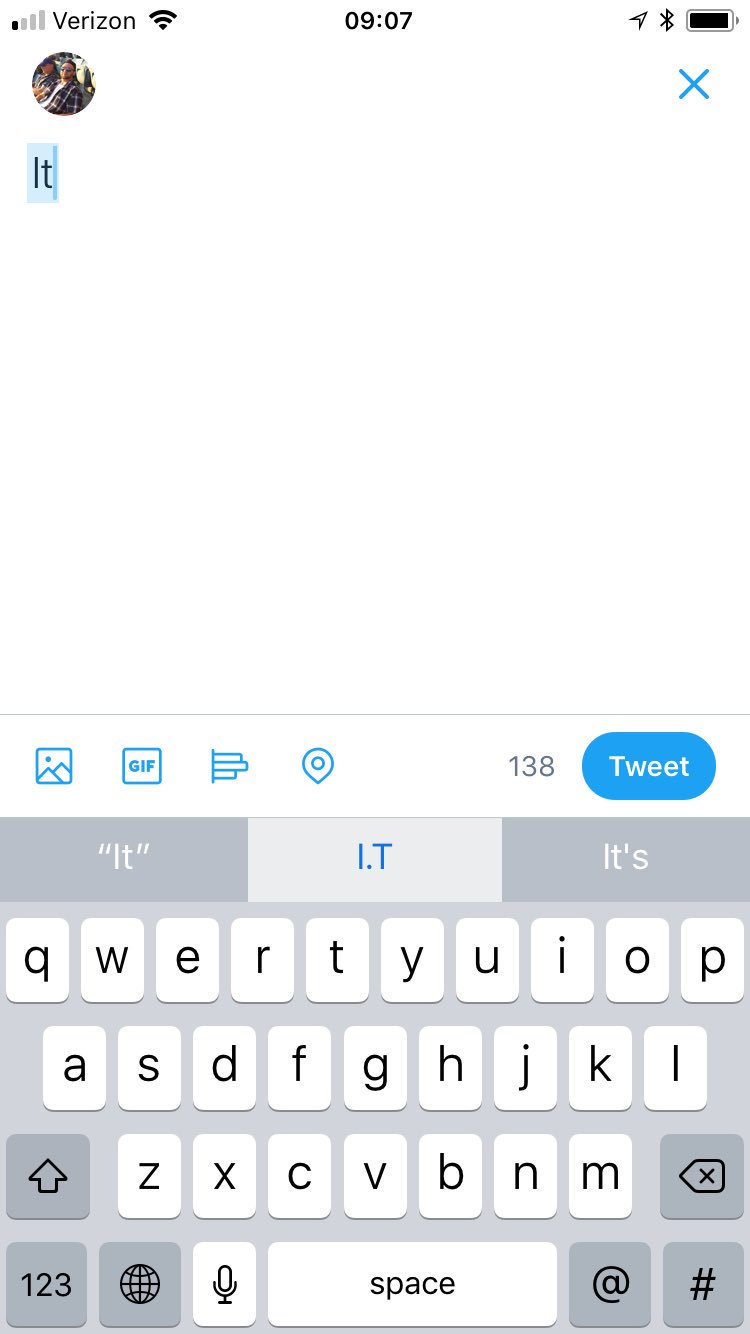 Just as soon as Apple corrects the bug that caused “i” to autocorrect to “A[?]”, there appears to be yet another one popping up. Several users are reporting that “it” is sometimes being auto-corrected to “I.T.” in iOS 11.

We hypothesized last time around that it could be a machine learning bug, and it appears it has happened once again.

There is a multitude of users who have taken to Twitter to let about know about this latest frustration.

Until Apple issues a fix, there are very few things one can do to fix this issue yourself. Many users have said that rebooting doesn’t help.

If you are having the issue, one temporary fix that might work is going into Settings, and setting up a text replacement for :”I.T.” to correct to “it”, though that isn’t guaranteed to work.

Has this issue popped up for you? Let us know down below!