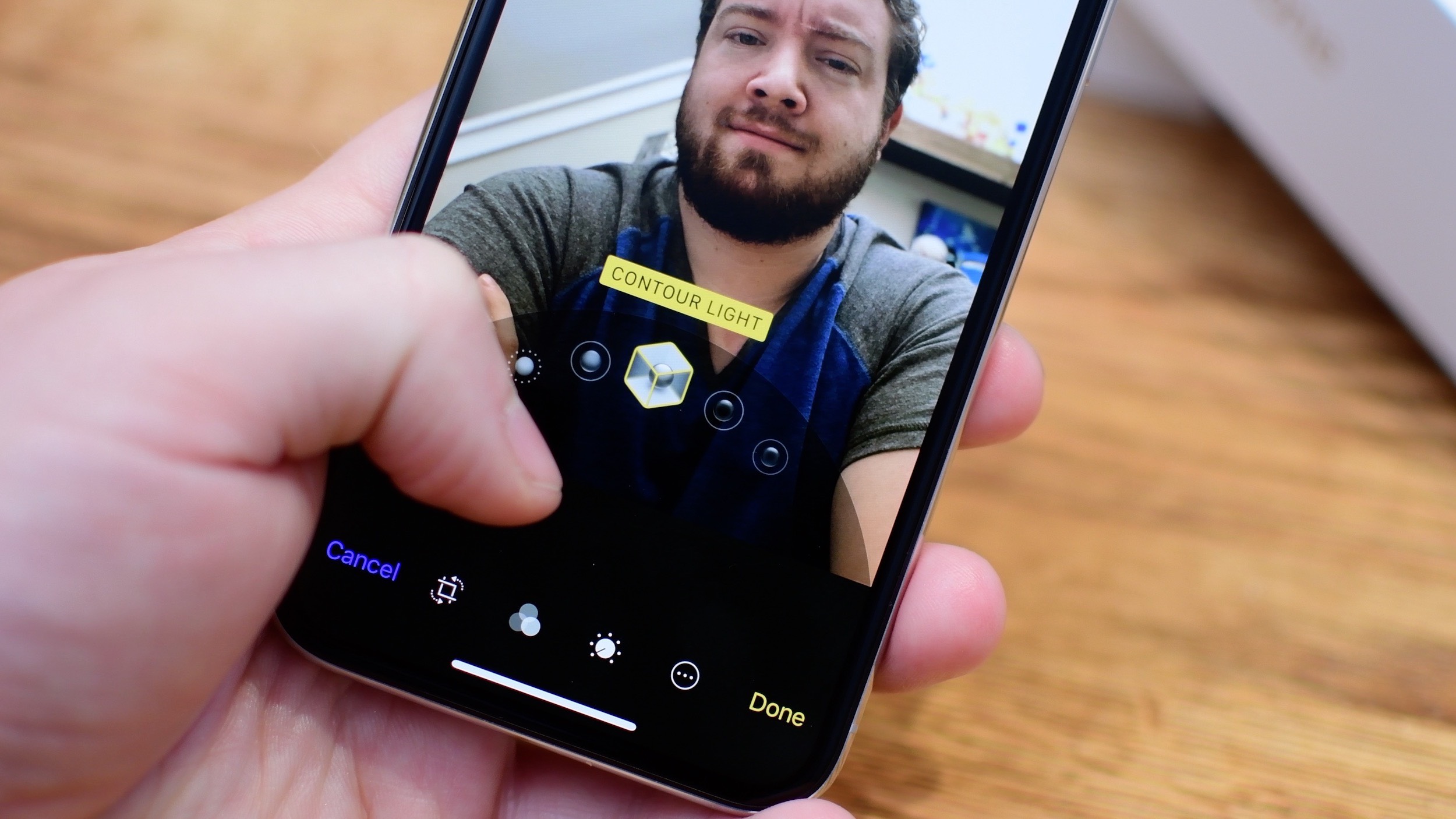 Is this yet another artificial software limitation from Apple?

To test his theory, Troughton-Smith began by transferring to his Mac a Portrait Mode photo taken with his iPhone 7 Plus. He then made some quick metadata changes to the file before sending it to his iPhone X. Much to his surprise, the regular Portrait Lighting interface for the tweaked Portrait Mode image magically appeared in the stock Photos app.

In other words, it’s just some metadata preventing you from applying those cool Portrait Lighting effects to your old Portrait Mode photos.

…what I would expect, however, is the Portrait Lighting editing UI to show up (on the 8/X) on older Portrait Mode photos taken with a 7 Plus, so they can take advantage of better machine learning & evolved software — especially if it's just a metadata change blocking it

You can test this yourself on any depth-of-filed image, old or new, as long as it was taken it with your iPhone 7 Plus using the old Portrait shooting mode.

Fire up the Photos app, select one of your Portrait Mode images and hit Edit. If this is a depth-of-field image, you’ll see the yellow label “Portrait” shown at the top. What you won’t see upon tapping the Edit button is the Portrait Lighting interface, not even on iPhone X.

iPhone X supports depth-of-field photography on both front and rear cameras. On iPhone 8 Plus and iPhone 7 Plus, Portrait Mode photos can only be taken using the rear dual-lens camera because only iPhone X has a front camera capable of sensing depth.

But what could be the reason for this artificial software limitation?

My iPhone X heats up if I take too many Portrait Lighting photos in a row. I can’t image how bad that’d be on the 7’s.

Daring Fireball’s John Gruber says Portrait Lighting is limited to iPhone X and iPhone 8 Plus for performance reasons, as these phones run the latest A11 Bionic chip with Apple’s much-improved image signal processor and a neural language dedicated to machine learning.

My understanding is that these effects aren’t enabled on iPhone 7 Plus because performance was really slow at capture time. It really does require the A11 Bionic chip for adequate performance live in the camera. And Apple decided against shipping it as a feature for iPhone 7 Plus that could only be applied in post, because that felt like half a feature. So I’ve heard.

With Animoji, for instance, the new TrueDepth camera is needed to capture your facial movement even though the Animoji feature could have as well been implemented via the regular front-facing camera.