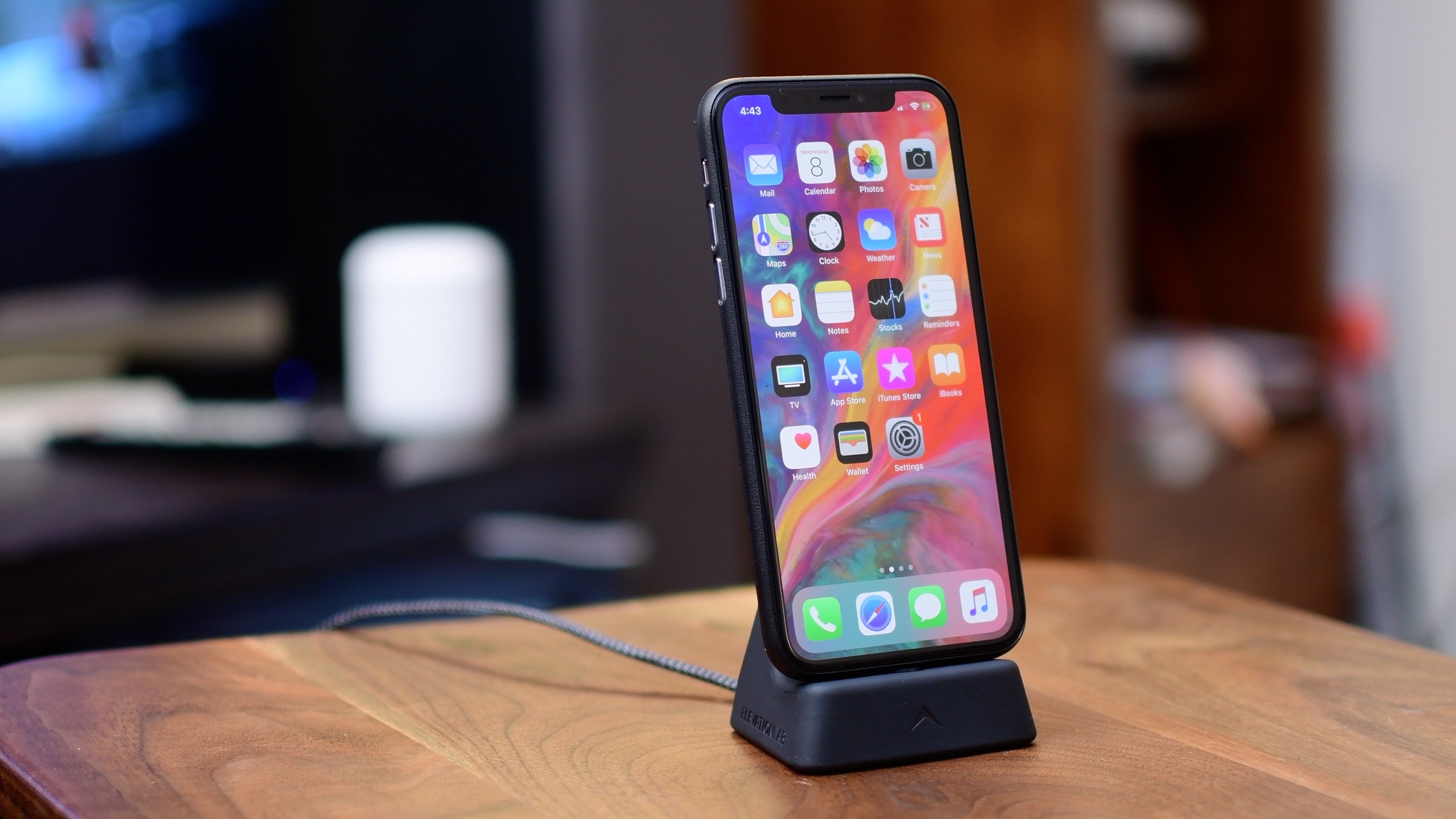 Elevation Lab recently released an updated version of their popular iPhone dock, dubbed ElevationDock 4. Like its predecessors, the new ElevationDock 4 is simply designed and is easily usable with one hand.

Elevation Lab creates a multitude of Apple accessories, but ElevationDock has always been at the cornerstone of their product line. I went hands on with its latest incarnation, and left very much impressed with what amounts to a pretty radical redesign.

The biggest totable feature of the ElevationDock line has been their one-handed usability.

In the past, they created their own 30-pin iPhone adapter for previous versions of the dock which allowed it to be absolutely frictionless when docking and undocking. Combined with the weight of a hefty aluminum body, that made it effortless to use with your iPhone. 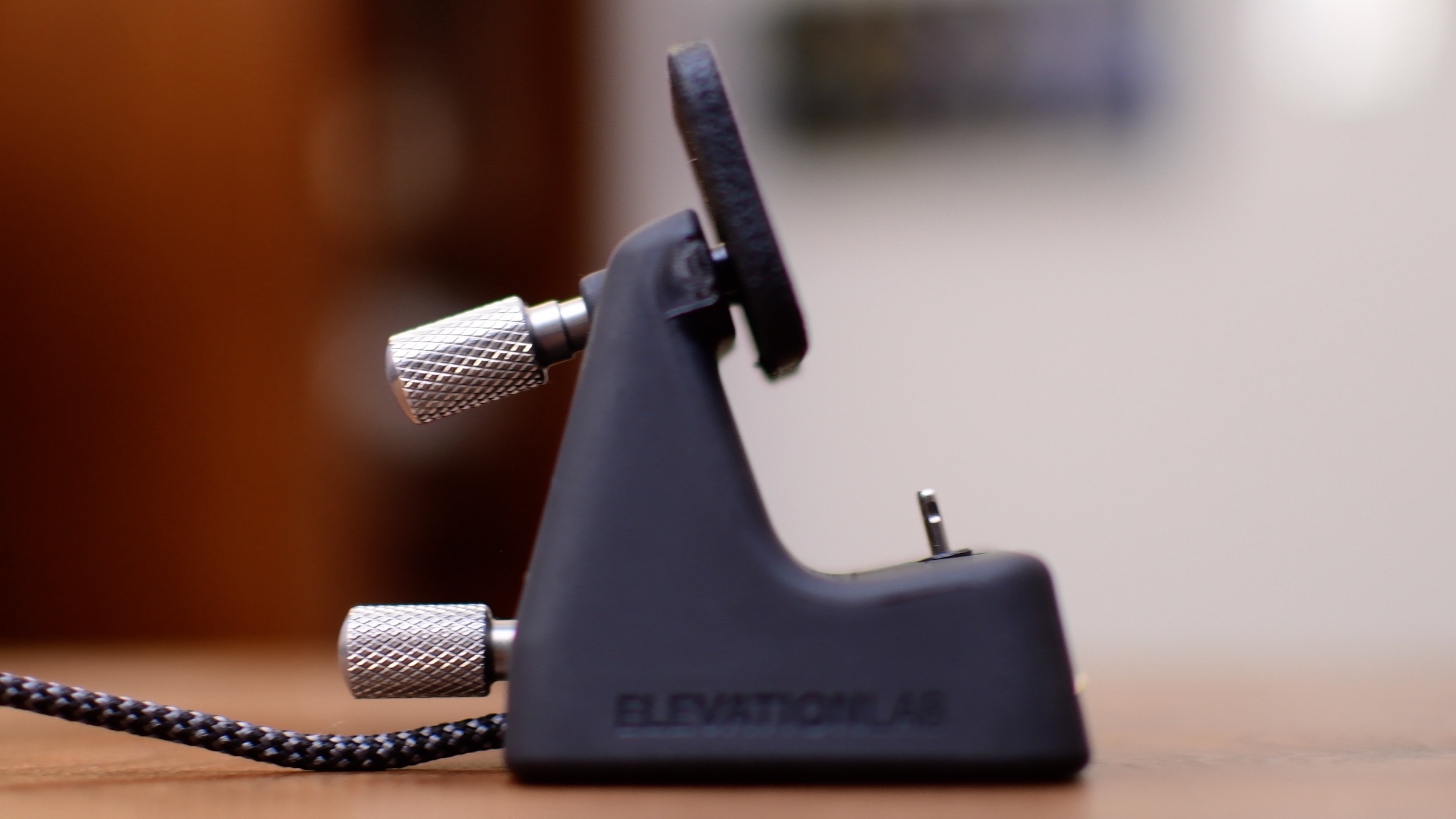 The previous generation was very similar to the original dock, mainly using weight to hold the dock in its place. The new fourth generation model is decidedly different, utilizing micro suction instead.

The dock itself has a soft, rubbery exterior that is gentle on your phone.

It’s precisely adjustable using two metal knobs along the back. They adjust the placement of the back plate and the integrated Lightning cable’s height, both of which are useful depending on the case you may or may not have on your iPhone.

It even works well enough with the few iPads I tested on it as well, though it may be a bit on the small side for that. The included Lightning cable is of high quality, more akin to what you would see in a rugged, portable cable.

It’s nylon wrapped to prevent tangles and improve its longevity. 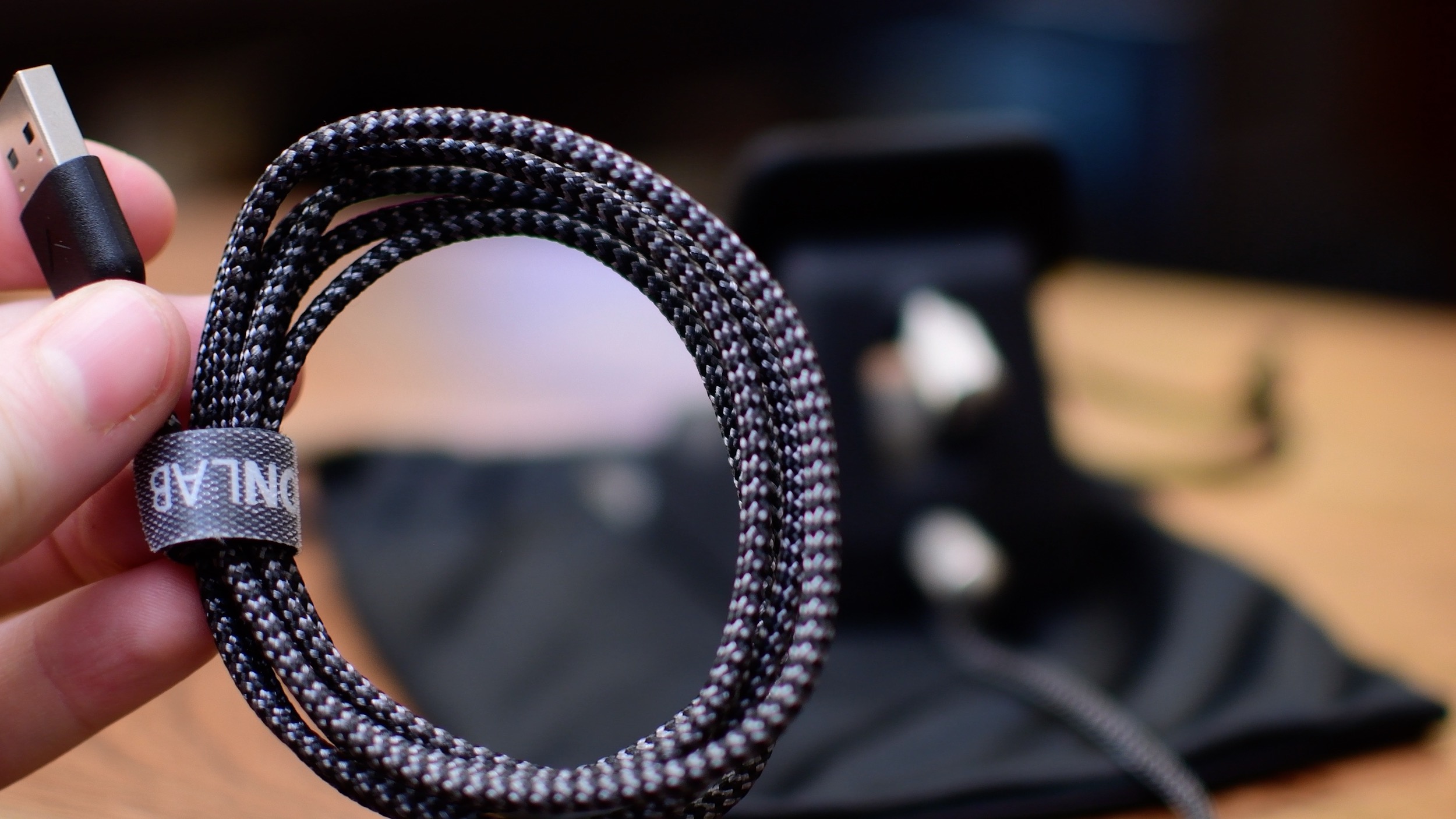 If you are worried about compatibility with their Lightning cable, fret not as it is fully MFi-certified through Apple and won’t give your phone any issues.

The bottom of the phone has a micro suction pad that is soft, as well as strong. If you haven’t used any other micro suction pad products, it’s quite the remarkable material. It looks just like a soft pad, but in fact is made up of thousands of tiny suction cups that will grip on to your table or desk. 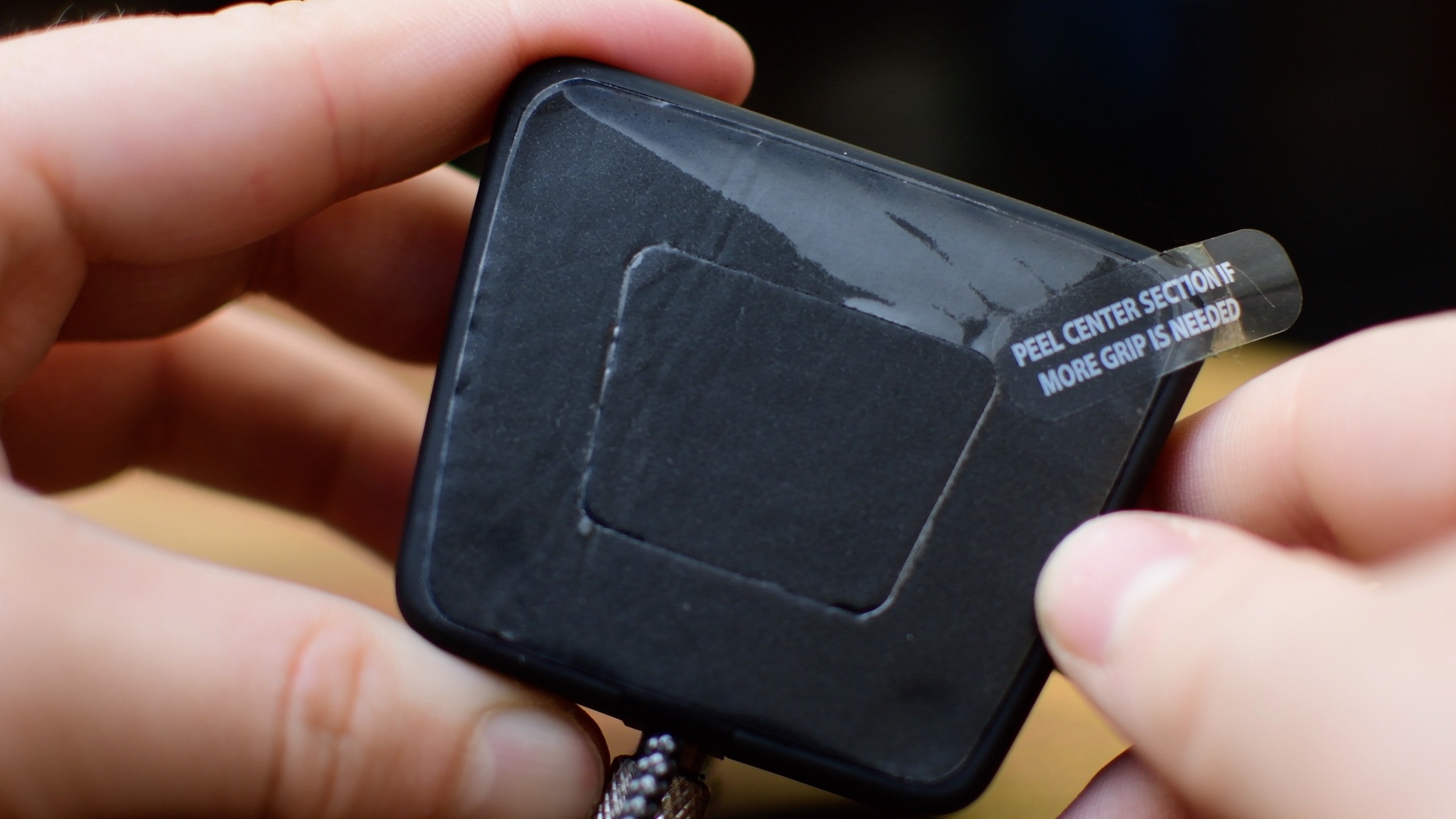 There are two degrees of suction you can use for the dock.

The suction can be too strong. In order to avoid potential damage or a dock that is too difficult to remove, they’ve split up the protective film on the bottom to two different levels. If it’s not held down well enough, remove the whole thing. Otherwise, you can just remove the film around the edge.

I always loved the original ElevationDock. While the latest version is a substantial departure from that design, the aspects that made the dock standout are still true. 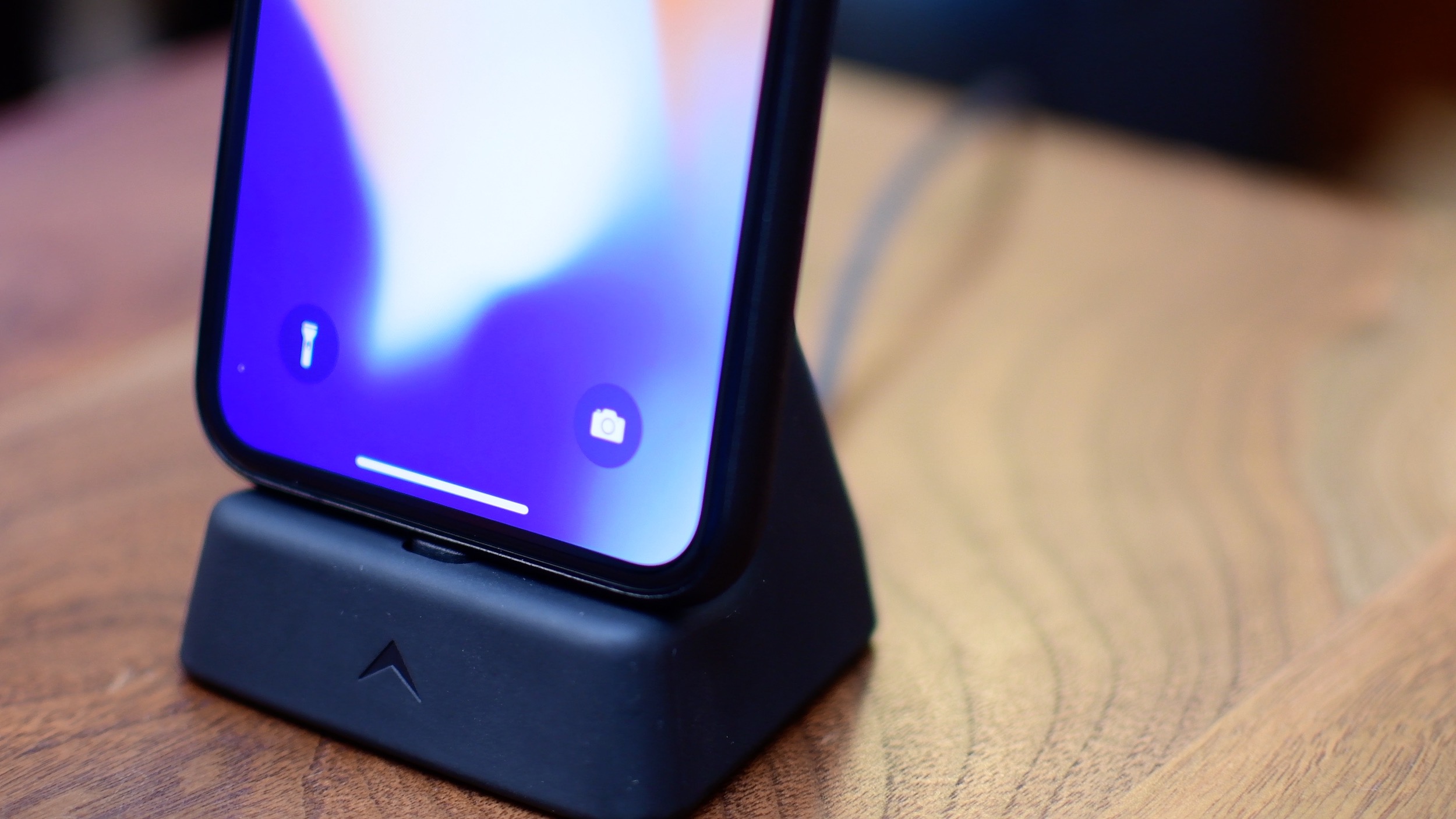 I like the simplicity of the design and the unique look of this dock.

It’s definitely different from many others out there on the market.If you’re looking for a new dock for your iPhone, Elevation Labs’ new ElevationDock 4 will look great and easily work one-handed.

It’s currently available on Amazon for $59.99 in either Black or White.

Let us know your thoughts on ElevationDock 4, or which dock is your favorite, down below.