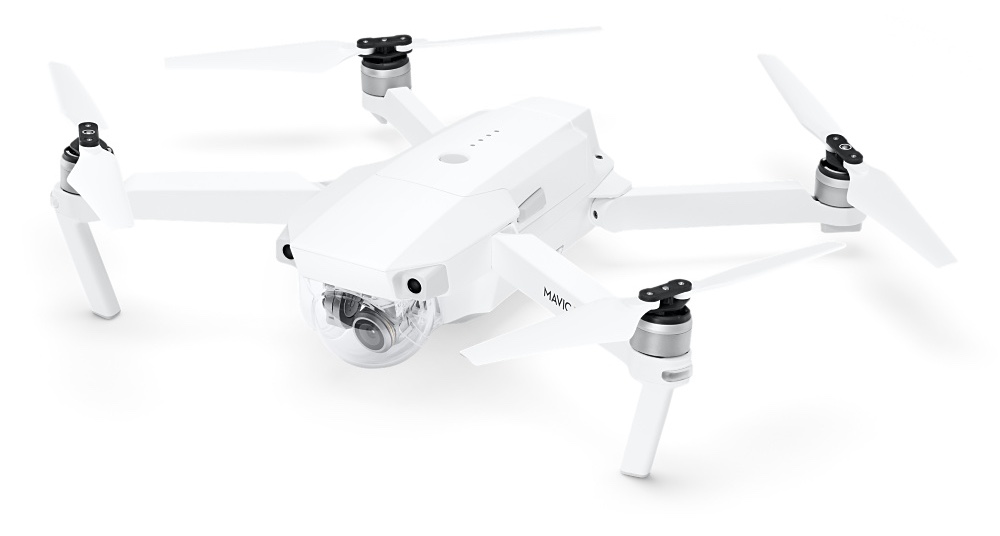 The drone’s three-axis twelve-megapixel gimbal camera can shoot true 4K video and 1080p slow motion video. The drone takes advantage of DJI’s miniaturized stabilization system that stabilizes the entire camera as opposed to just the lens. When not in use, Mavic Pro can be easily folded up. The miniaturized drone has a range of about 4.3 miles (7 kilometers).

You control it using the included remote or via your iPhone using DJI’s app which lets you see everything the camera sees, navigate the drone, change settings on the fly and more.

The remote and propellers also come in Alpine White to give the aircraft a consistent look. 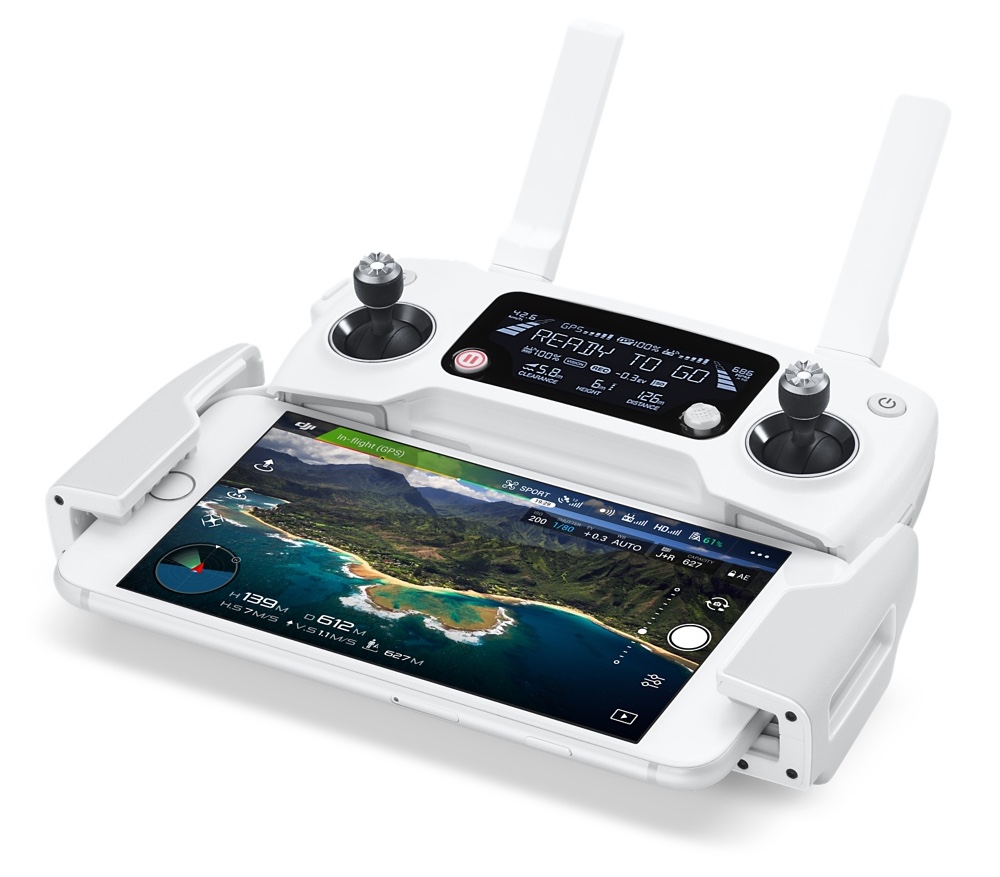 With ActiveTrack mode, you simply tap an on-screen object to track and the drone handles the rest. Other tracking modes include Trace (follows behind or flies in front of your subject), Profile (flies alongside your subject), Spotlight (keeps the camera trained on your subject while you fly almost anywhere) and Circle (automatically circles around your subject).

Plus, there is a special sport mode which lets you capture some nice actions shots at up to 40 mph, or about 64.8 kph (Mavic Pro can fly up to 27 minutes between charges). The navigation system, called FlightAutonomy, takes advantage of GPS and GLONASS navigation systems, five onboard cameras, ultrasonic range finders and 24 CPU cores.

Apple will offer this limited-edition version of Mavic Pro as a Holiday Combo which includes a remote controller, two extra Intelligent Flight Batteries, two additional pairs of propellers, an aircraft sleeve, a 16GB MicroSD card, micro USB cable, gimbal clamp and protector and a quick start guide—all for $1,049 in the United States.