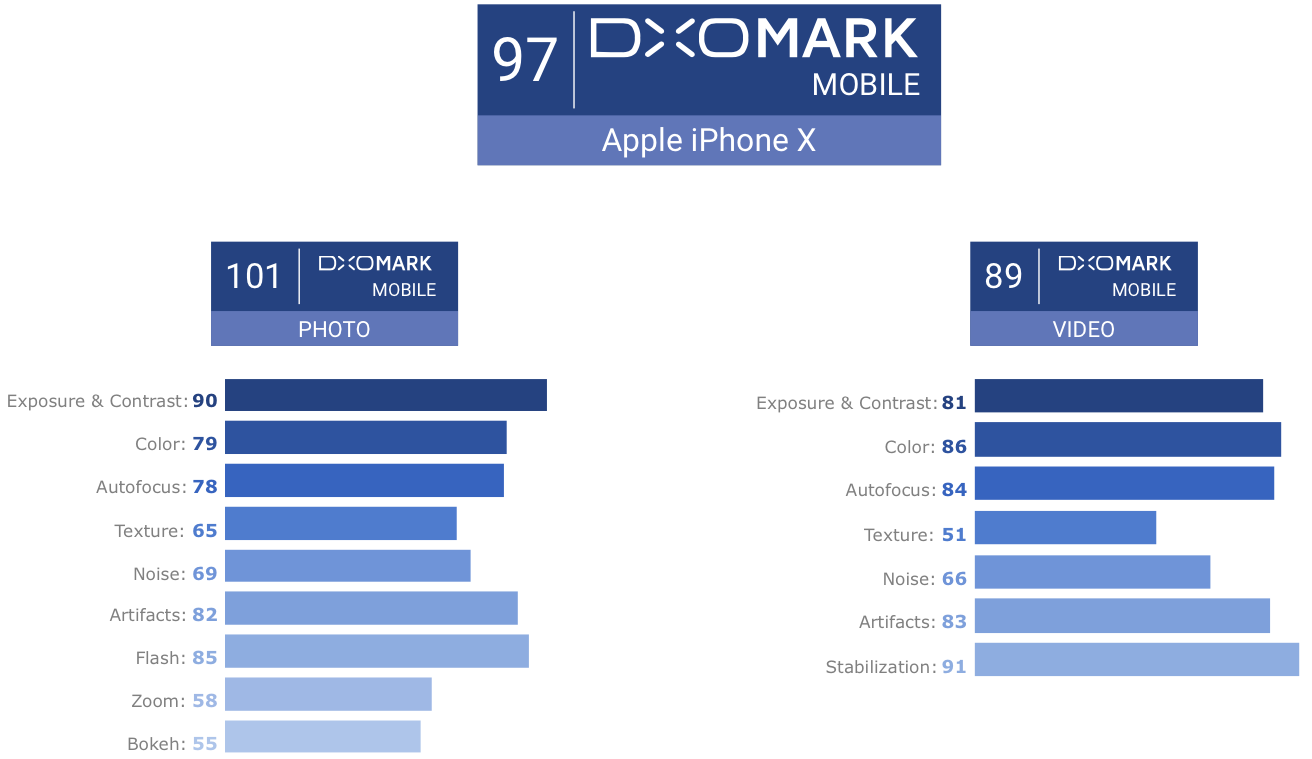 While you shouldn’t read too much into the numerical smartphone camera scores given by DxOMark, you may be interested to learn that iPhone X has scored 97 on DxOMark.

That’s one point lower than Google’s new Pixel 2 with a score of 98 (the highest-rated mobile camera DxOMark has tested thus far) and three points higher than iPhone 8 Plus and Galaxy Note 8 which scored 94 on DxOMark (92 for the iPhone 8 camera).

Skies were especially impressive in many of our outdoor test scenes, displaying good color and highlight detail at sunset and striking cloud details that really popped.

Texture is excellent, too, with good fine detail visible in intricate areas.

Although noise is generally well-controlled, a low-frequency chroma noise can be noticeable in areas of plain color.

The phone earned the overall score of 89 in terms of shooting1080p video although DxOMark has not tested its ability to shoot high-resolution 4K footage at a silky smooth 60 frames per second, which no other major smartphone is capable of at the moment.

In good light, video autofocus and tracking are “both fast and accurate” while the phone’s video stabilization is “generally excellent” aside from occasional high-frequency oscillations visible when shooting video with walking movement.

Keep in mind that these numbers don’t mean much because the DxOMark is an open scale.

“There is nothing magical about the score of 100, and no reason that other cameras can’t go past it,” according to DxOMark themselves. “We’re sure the time will come when they do.”

They gave the new iPhone the “highest ever” rating with an A+, calling Apple’s flagship the “most innovative and high performance” smartphone screen they’ve ever tested.

How satisfied have you been with your iPhone X camera thus far?