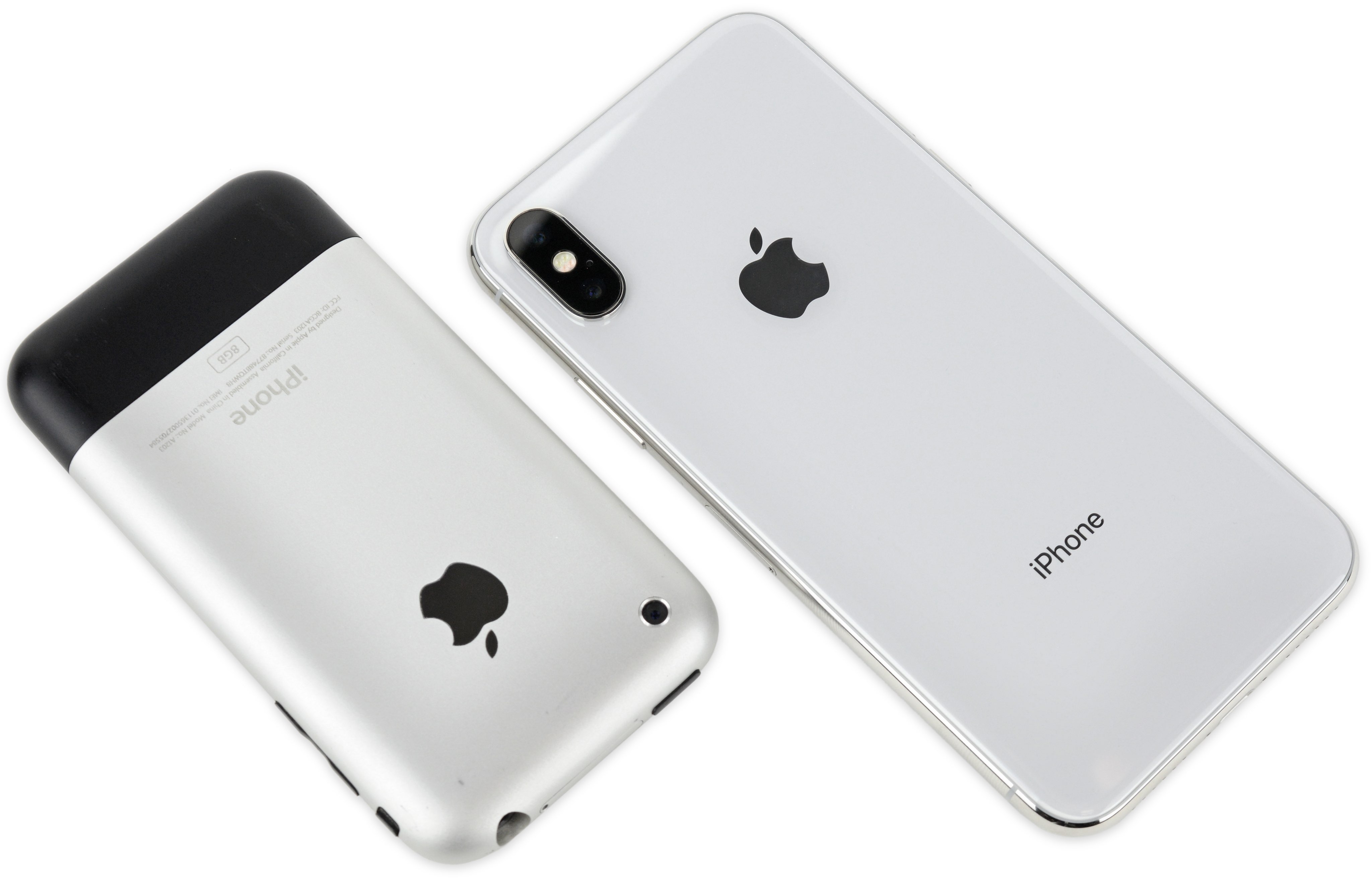 Among the interesting photos and closeup shots of the various internals from iFixit’s teardown of iPhone X are some cool images of Apple’s OLED phone next to the original iPhone.

The Apple smartphone has surely come a long way in ten years.

According to the analysis, even though it looks like something straight out of sci-fi, iPhone X actually resembles the original model except for that notch, camera bump, all-glass back and Lightning connector.

With the featureless smooth backplane, the iPhone X design has indeed cycled back a bit but the similarities with the original model don’t stop there. Its logic board, for example, is the first double-stacked board seen in an iPhone since the original model.

iPhone X’s stacked logic board, at left, and the original iPhone’s board (also stacked), at right

While the new phone borrows some design cues from the original model, I’d say that iPhone X is wrapped in a design that actually harkens back to the glass-sandwich look and feel of iPhone 4, especially with its stainless steel rim and the fusion of glass and metal.

Other highlights from the teardown analysis: iPhone X has 3GB of RAM, a two-cell battery and the most densely packed (stacked) logic board iFixit has ever seen in a gadget (it’s 70 percent of the size of the iPhone 8 Plus logic board).

Do this photos bring back fond memories of the original iPhone?

Chime in with your thoughts in the comments section down below!