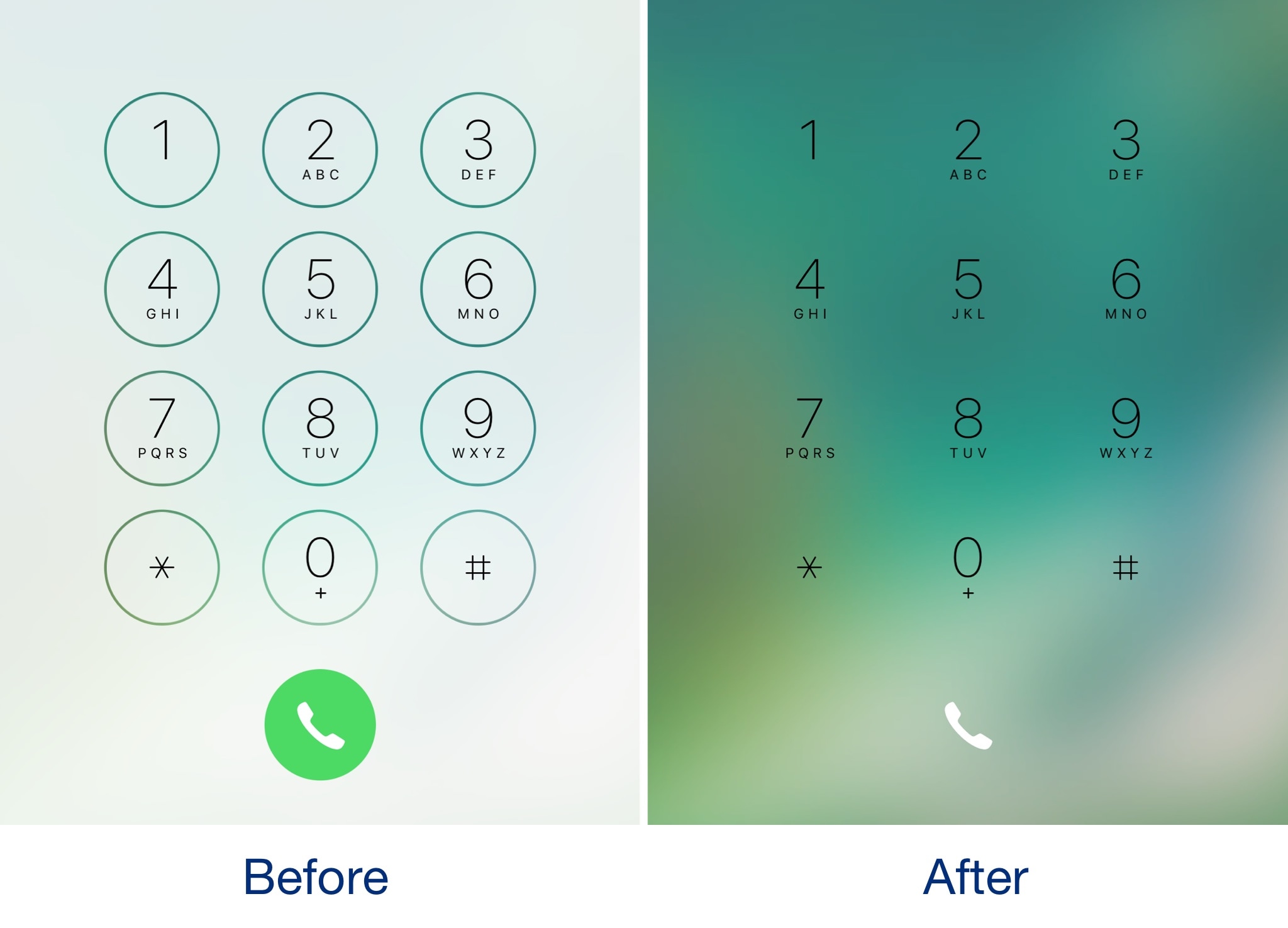 If you’re looking for a way to spice up that stock Phone app of yours, then you might find interest in a new free jailbreak tweak called StripNumberPad by iOS developer Squ1dd13.

This tweak will spice up the aesthetic vibe of your Phone app’s dial pad by making it translucent enough to discern rich color details from your Home screen’s wallpaper beneath it, as shown above.

After toying with the tweak myself, I found that it works the greatest with colorful wallpapers. We demonstrate the stock iOS 10 wallpaper in our example, and because it’s full of vivid green color, you can make that out quite clearly in the background despite the blurred effect.

You should avoid boring wallpapers, like solid black or white, or wallpapers that are too busy, as these will only make the interface more complicated to look at.

Notably, the stock interface already had a similar translucency effect, but it was confined to small rings produced by an overlaying white mask. What StripNumberPad fundamentally does is remove that mask, permitting the color effect to span the whole app.

Because the effect is entirely cosmetic, dialing phone numbers manually via the Phone app’s dial pad works precisely how it did before installing the tweak. On the other hand, you’ll have something a lot comelier to look at while you do it (depending on your taste, of course).

Without any options to configure, the tweak’s goal is straightforward: to produce the cosmetic expression that you see above. You won’t find any ways to change the blur amount or to modify how it looks, so you’d have to uninstall the tweak to disable it.

If you want to give the tweak a try for your iPhone, you can download it for free from Cydia’s BigBoss repository. The tweak works on all jailbroken iPhones running iOS 10, but not the iPad or iPod touch, as they lack the Phone app.

Are you a fan of the way StripNumberPad makes your Phone app look? Share in the comments section below.