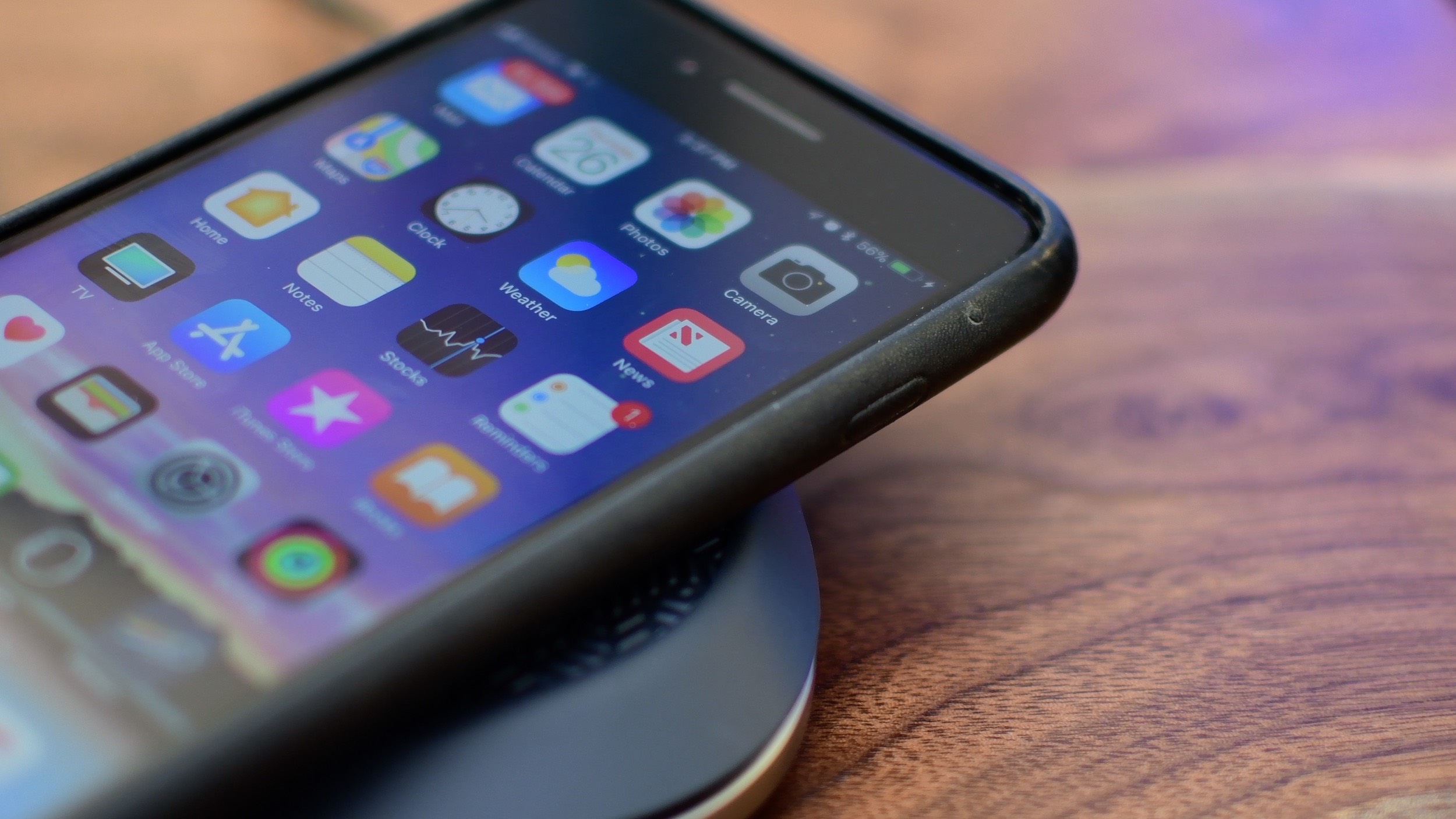 Does anyone else remember back when you would get a new cell phone and you basically lost all your contacts and pictures? I don’t think anyone misses that experience. While iCloud is a great option for backing up your device, it has its limitations, and it isn’t for everyone. The SanDisk iXpand Base is an offline, and effortless way to backup your photos, videos, contacts to prevent you from ever ending up like 1999 again.

To get the best picture, check out my short hands on review video, then read on for the details.

There are many options to backup your photos and contacts. But nearly all require an Internet connection, and offloading your data somewhere else. With high profile hacks of personal data, it isn’t surprising that many people don’t want to upload their photos to iCloud or Google Photos. Internet connection can also eat up cellular data, which is at somewhat of a premium these days. The iXpand Base can help in any of these scenarios.

The Base is a (surprisingly hefty) metal wresting pad for your iPhone, with a micro USB port for power, an SD card slot for storage, and USB for your Lightning cable. The Lightning cable is not included, so you will have to provide your own. 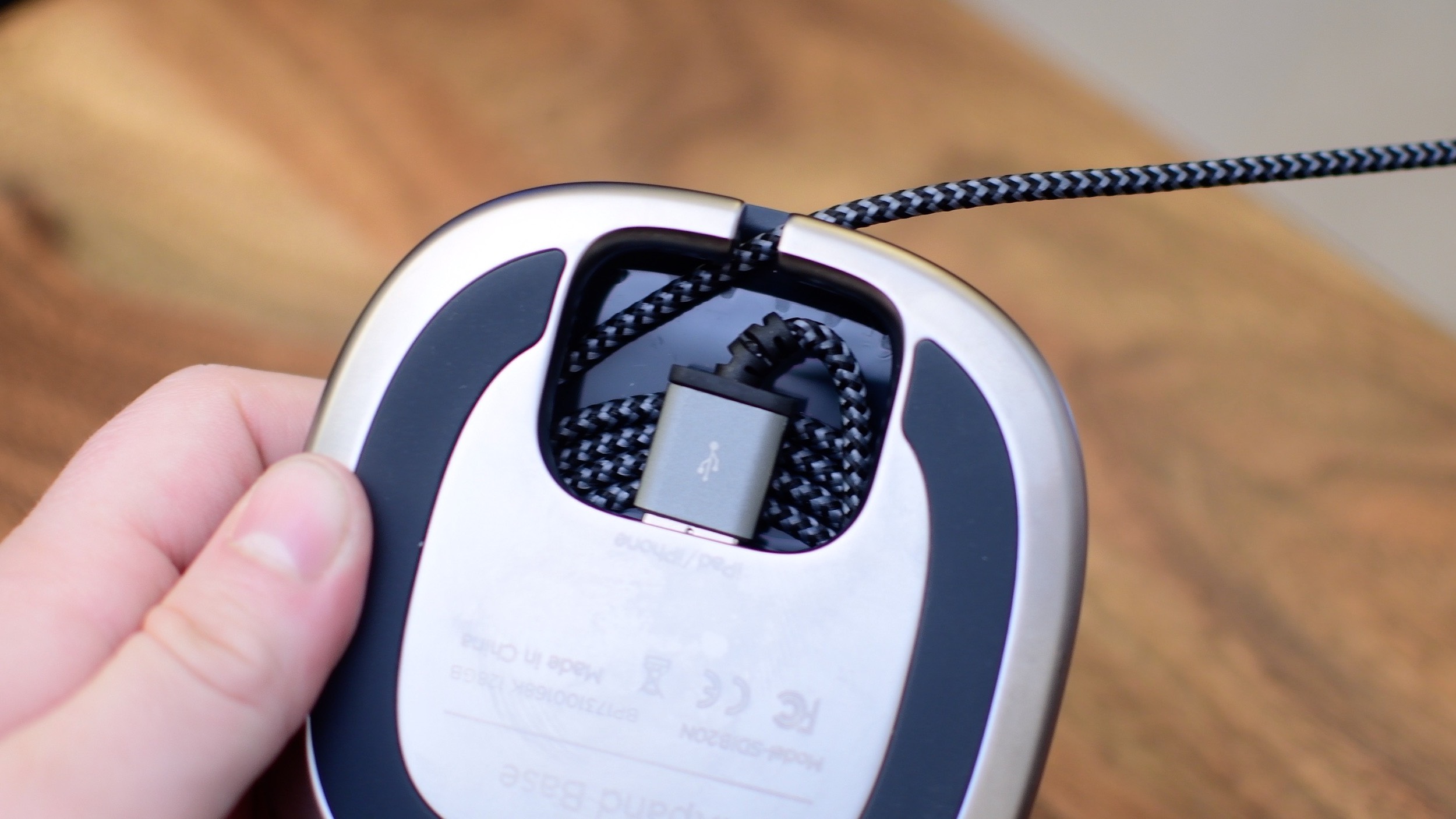 To get up and going, plug the power adapter into the wall, and your Lightning cable into the underside of the Base. The flexible top allows for easy storage of the additional cable as well. This is really handy to prevent a lot of excess cords cluttering up your desk/nightstand. The iXpand Base comes with either 128GB or 256GB of storage, but since it is a removable SD card, you can always upgrade this yourself later.

The accompanying SanDisk iXpand Base app is a really simple application that will run in the background whenever you connect your phone. Once you grant it permission to access your photos and your contacts, it will automatically back all of them up.

What is really handy, is if you happen to currently store your information in iCloud, it will pull down the high resolution photos from there. That does however, mean that the first initial backup will take some time, and require an internet connection. 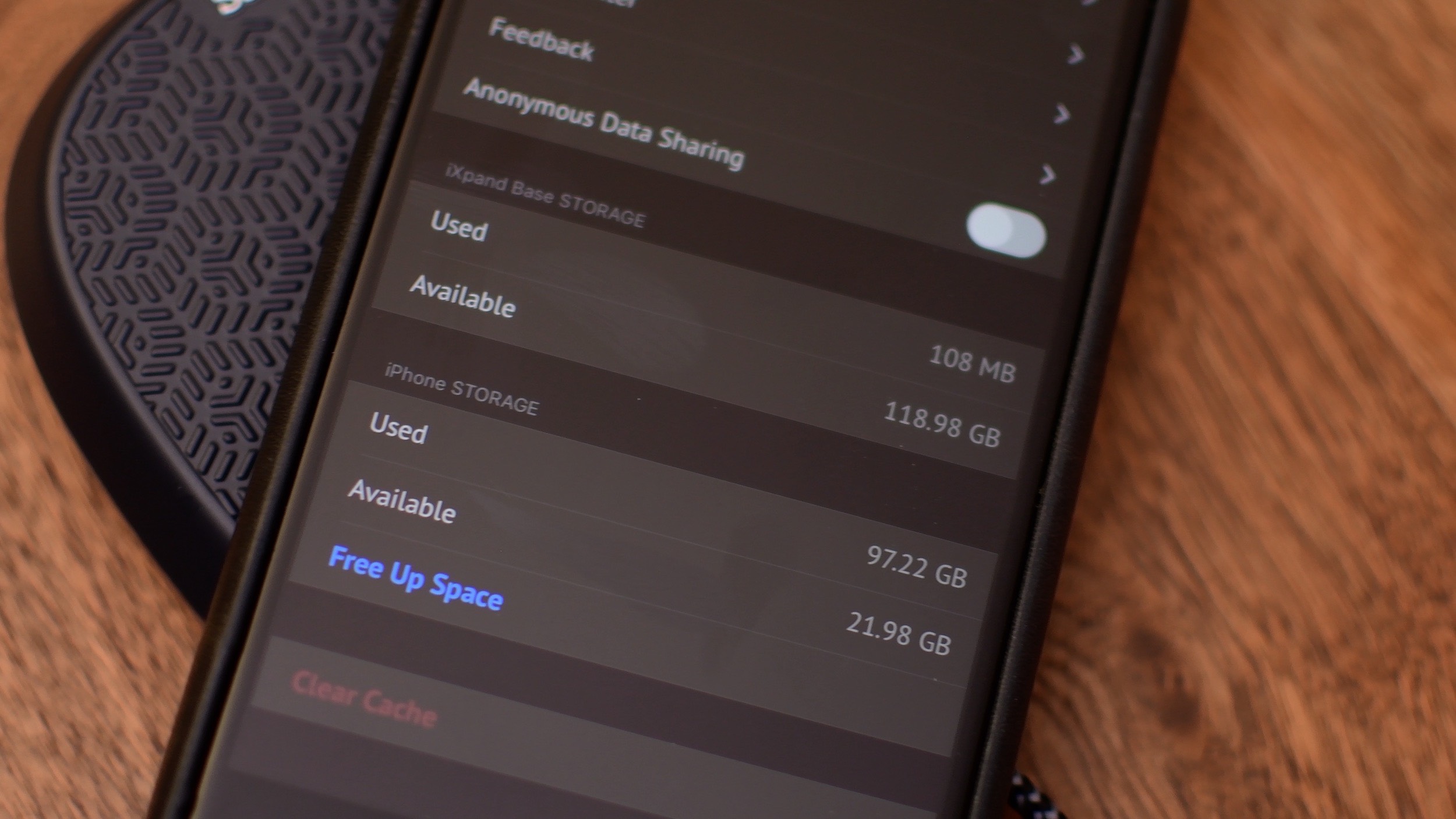 SanDisk also added a feature to clear some space off your phone. They make it easy to see how much space is left on your backup drive, as well on your phone. You can automatically clear off photos that are already backed up to the iXpand Base.

One of my initial downsides was that this prevented you from using a dock. After a bit of thought, I realized I could simply tuck the SanDisk iXpand Base on the ground, and plug my dock directly into it, instead of the wall. I now get the benefits of the Base, with the benefits of a dock. 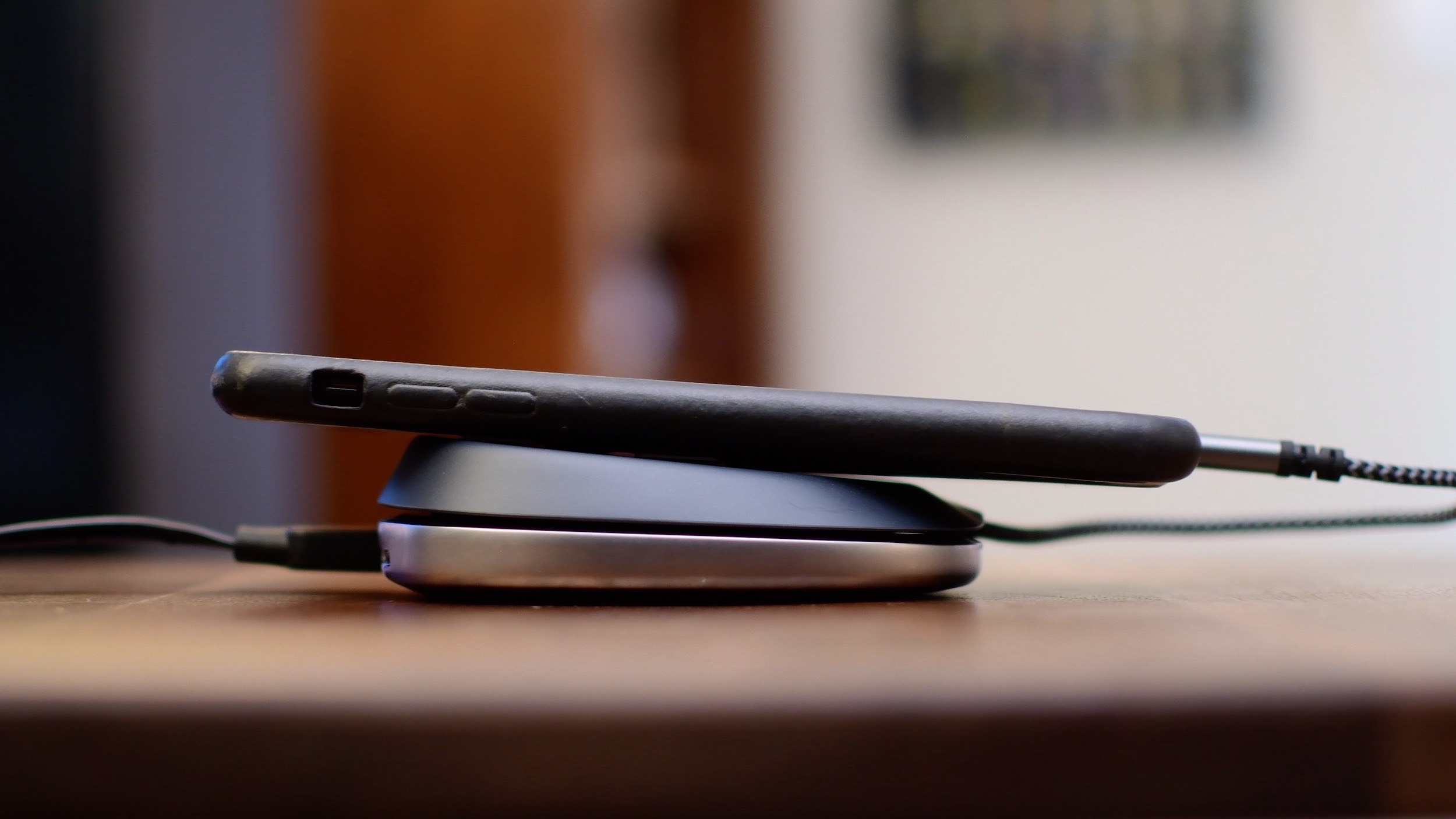 Everyone needs a backup of their device in some way, shape, or form. The last thing someone wants is for their phone to get damaged, and to lose all their contacts and pictures. Manually setting up your backup, or relying on just cloud applications can be fickle, requires internet, and sometimes don’t run. The iXpand Base really is a simple, no-thinking method of backing up all of this data, just while you charge your phone. You plug your phone in each night anyway as you go to bed, so why not back it up at the same time?

If you’d like to protect your data, you can find the SanDisk iXpand Base over on Amazon starting at $99 for the 128GB version, or $149 for the 256GB version.