Predictably, shipping time estimates for iPhone X began slipping in a matter of first few minutes of preorders going live. New preorders for the device are scheduled to ship out in December as early customer demand remains, in Apple’s own words, “off the charts”.

To visualize when exactly delivery estimates for the anticipated OLED phone changed throughout the early hours, venture capitalist at Loup Ventures and former Apple analyst Gene Munster put together a pair of nice tables that you can see top of post and below.

Having checked iPhone X shipping estimates eight times since preorders kicked off at 12:01am today, the analyst views current lead times (5-6 weeks) as a sign that demand for the handset is trending more favorably than investor expectations.

“Previously, we had published that if lead times were below two weeks by Sunday, October 29, we would have viewed that as negative for initial iPhone X demand,” he said. 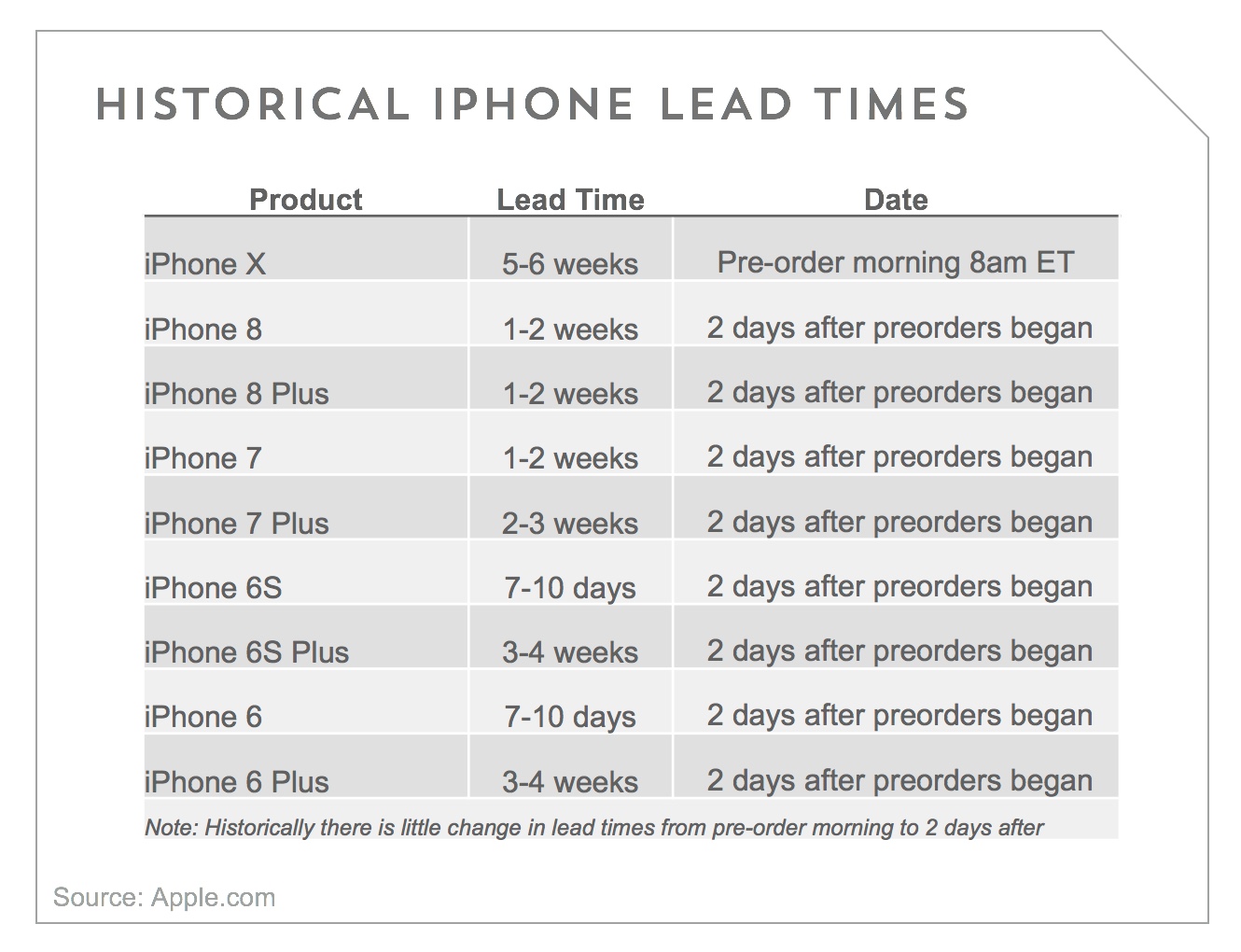 Notably, some customers in Europe are now seeing their order being prepared for shipment for November 3 launch day delivery. If your order status has changed to “preparing for shipment/dispatch,” your iPhone X should be shipped out over the next few days.

Munster doesn’t think the $999 starting price will be a deal breaker because consumers will take a “step function jump in what they’re willing to spend on an iPhone given most buy their phones on installment plans.”

All told, Munster & Co. are predicting iPhone X delivery times of 4-6 weeks in November versus the current 5-6 week estimate. Typically, it takes 2-3 months for a new iPhone to reach global supply-demand equilibrium, leading the analyst to predict that iPhone X supply will meet global demand sometime in the March quarter, or 3-4 months after launch.

When did you first see iPhone X deliveries slipping?

Speaking of which, has the status of your order changed to “preparing for shipment”?