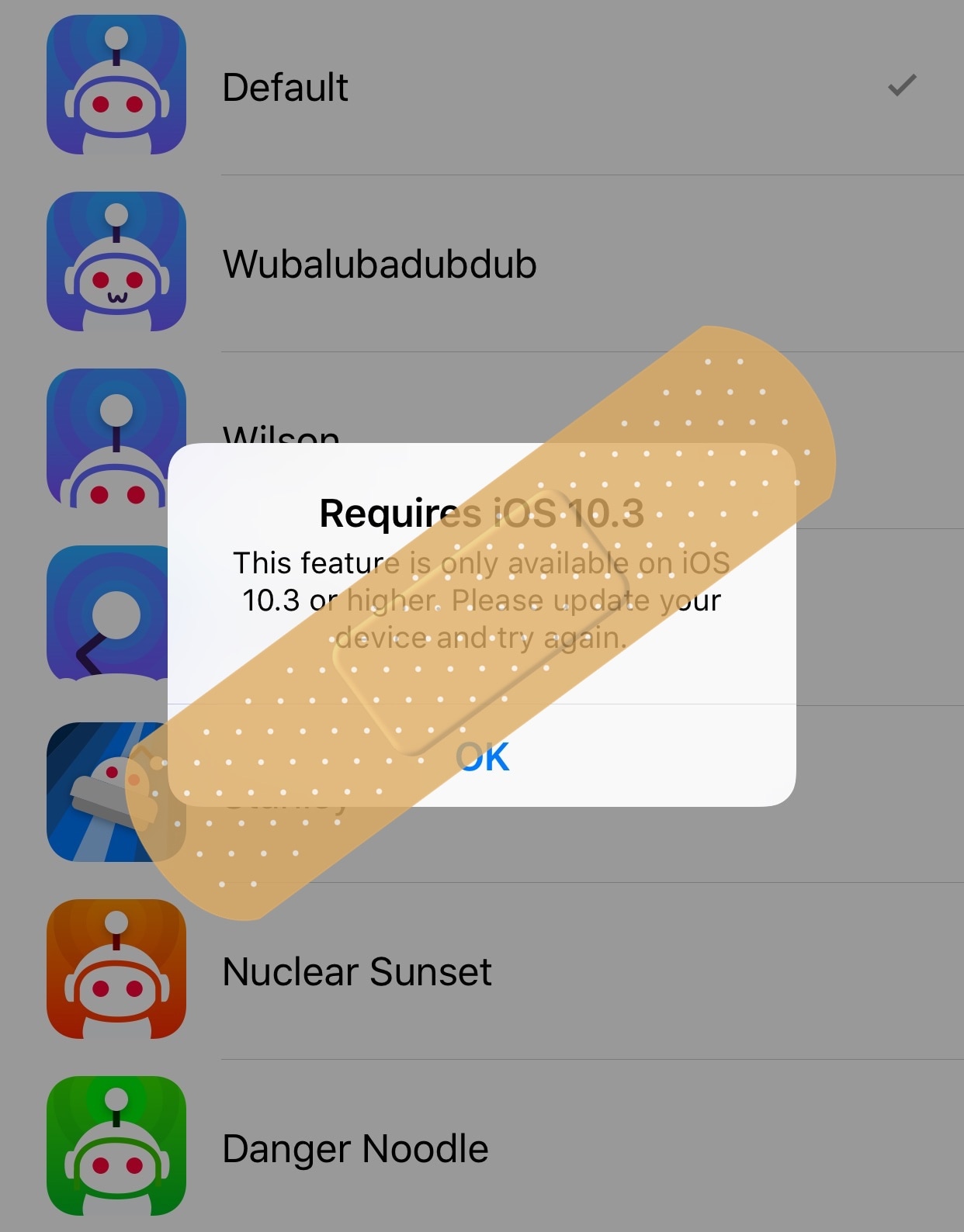 A plethora of Redditors are already content with the new Apollo client released earlier this week, but jailbreakers are learning that not every feature included in the app works on their devices because some require iOS 10.3 or later.

If you find yourself in this predicament, then you might want to try a new free jailbreak tweak called ApolloJustCompatible by iOS developer Squ1dd13, as it hides those features on devices that run earlier versions of iOS.

One of the most noteworthy characteristics of Apollo that requires iOS 10.3 or later is switching the app icon to one of the built-in alternatives presented in the app’s settings. As shown above, a user on a jailbroken iOS 10 device that attempts to access this feature gets an error message advising them to update their firmware.

After consulting with the developer of Apollo, I also learned that the app’s support for smart invert colors and app rate dialogs also require the latest versions of iOS, so jailbreakers can’t utilize these functions either. Many of these features don’t come in the form of in-app options, however, as they’re baked into iOS itself.

Installing ApolloJustCompatible hides some of these incompatible features from the Apollo app. For example, the screenshot illustrations below indicate how the tweak hides the cell for changing the app icon from Apollo’s in-app preference pane: 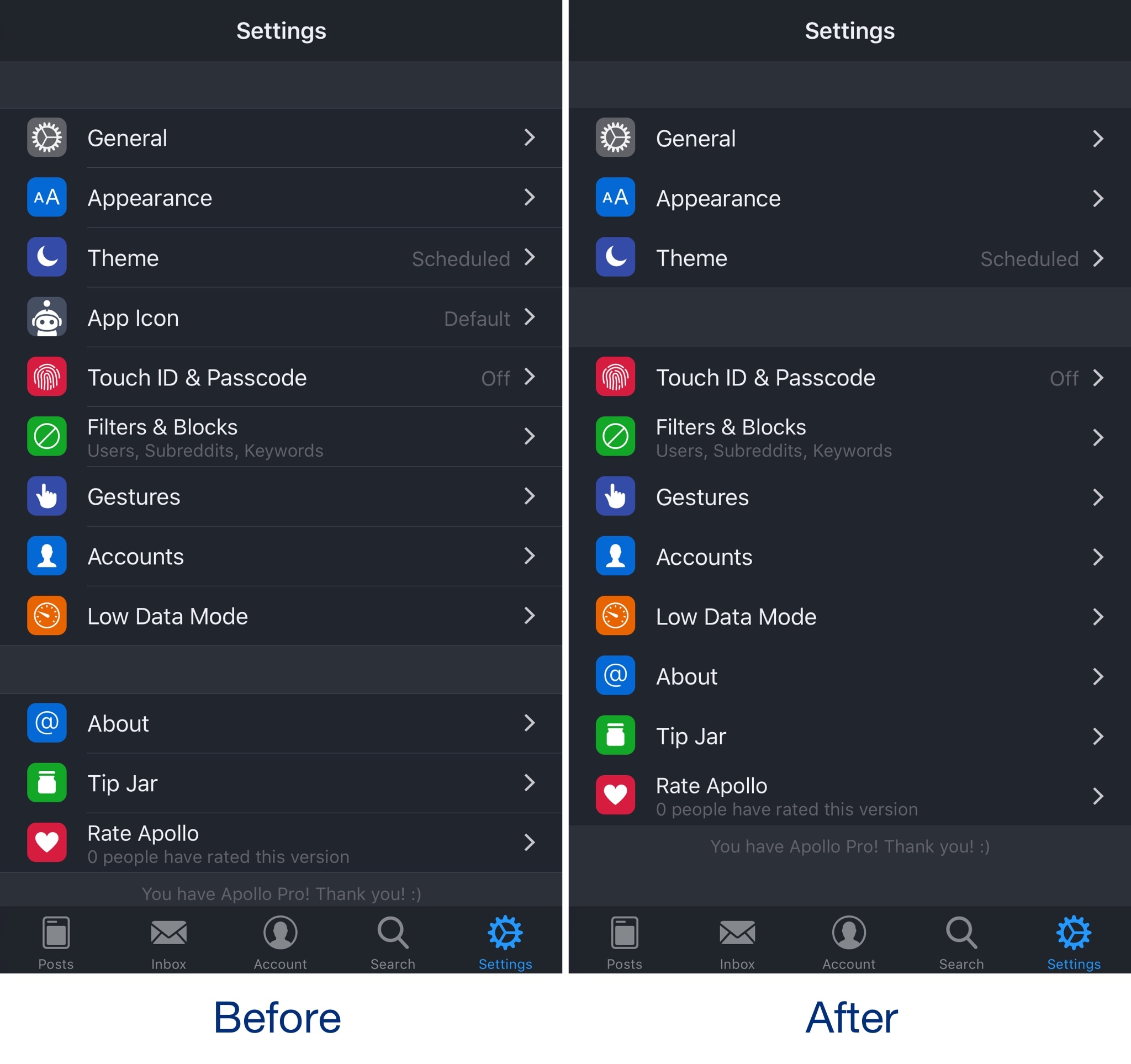 ApolloJustCompatible doesn’t make any other notable alterations to the Apollo app, and it doesn’t have any options to configure. If you fancied making the hidden cell(s) appear again, you’d merely need to uninstall the tweak via Cydia to do so.

If you’re jailbroken and looking for a way to hide features that you can’t use, then it might be worth checking out; otherwise, there’s really no harm in leaving the options there despite not being able to use them.

If you want to try ApolloJustCompatible out for yourself, then you can download the tweak for free from Cydia’s BigBoss repository. It works on all jailbroken iOS 10 devices that have the free Apollo Reddit client app installed on them.

Will you be installing ApolloJustCompatible? Share in the comments section below!