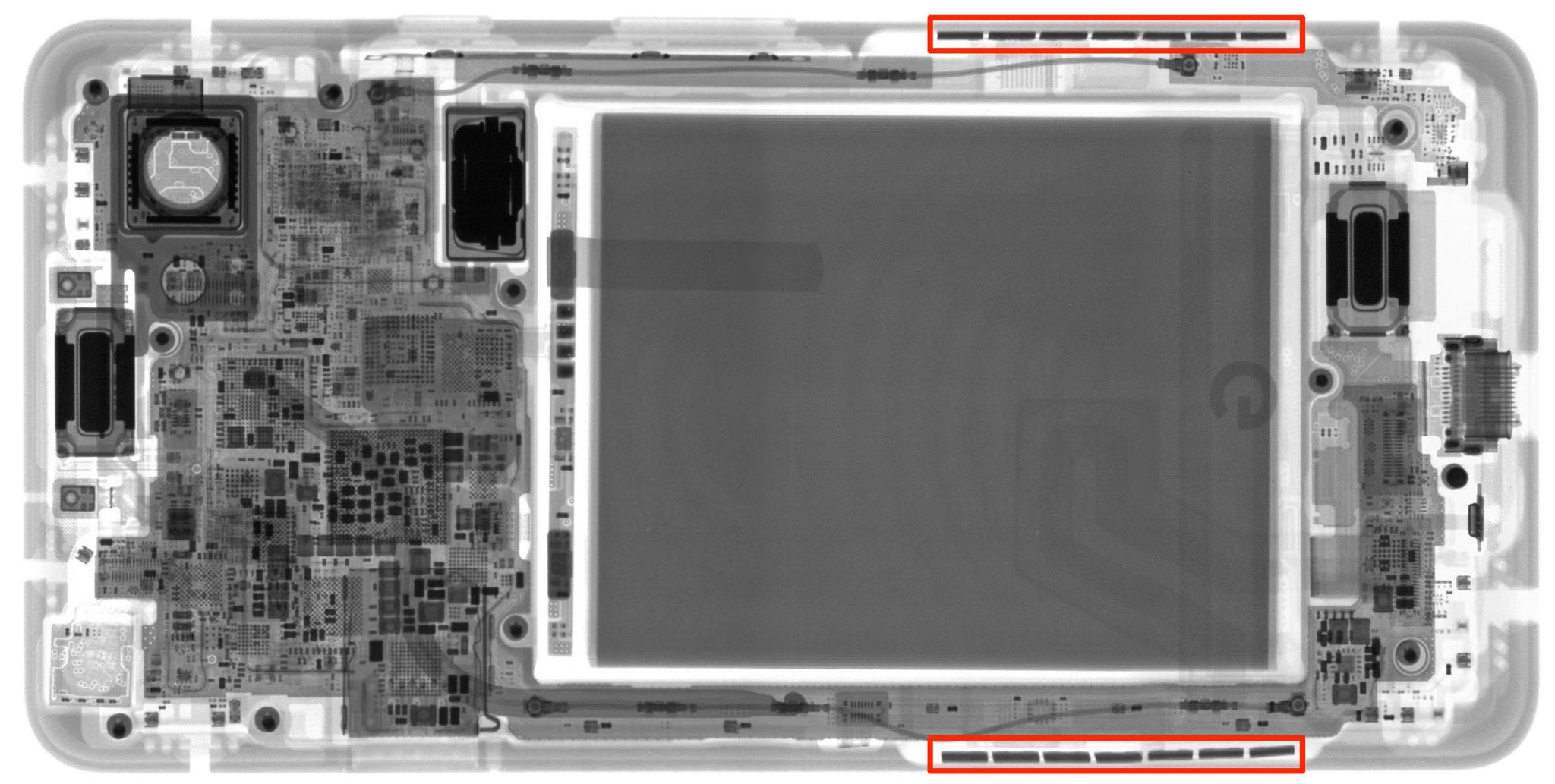 As pictured top of post, the sensors are the two rows of dense rectangles marked in red.

This lets you squeeze a phone to quickly trigger Google Assistant. Users can adjust the amount of pressure required to activate Active Edge in Settings, disable the feature altogether or map the shortcut to another action, such as silencing an incoming call.

From their teardown analysis:

Turns out the input method is similar to the MacBook’s Force Touch trackpad, but cooler. Each set of sensors is made up of a dual-layered strip of deformation-sensitive strain gauges straddling a row of little metal blocks, like a little chain of sausage links.

As you squeeze, the outer strain gauges compress and the interior ones lengthen. By measuring the deformation across all four portions of this system, the Pixel gets a high-resolution picture of your squeeze—even through the case.

A flexible printed circuit board is wrapped around both sides of a line of steel chunks, with strain gauges bridging the gaps between the metal bits. Strain gauges are deformation-sensitive resistors that slightly change their resistance when stretched or squished.

Having two rows of strain gauges separated by spacers gives the feature higher resolution than a single strip of gauges would, allowing it to detect even the slightest of deflections.

Here’s half of the pair of squeeze sensors. 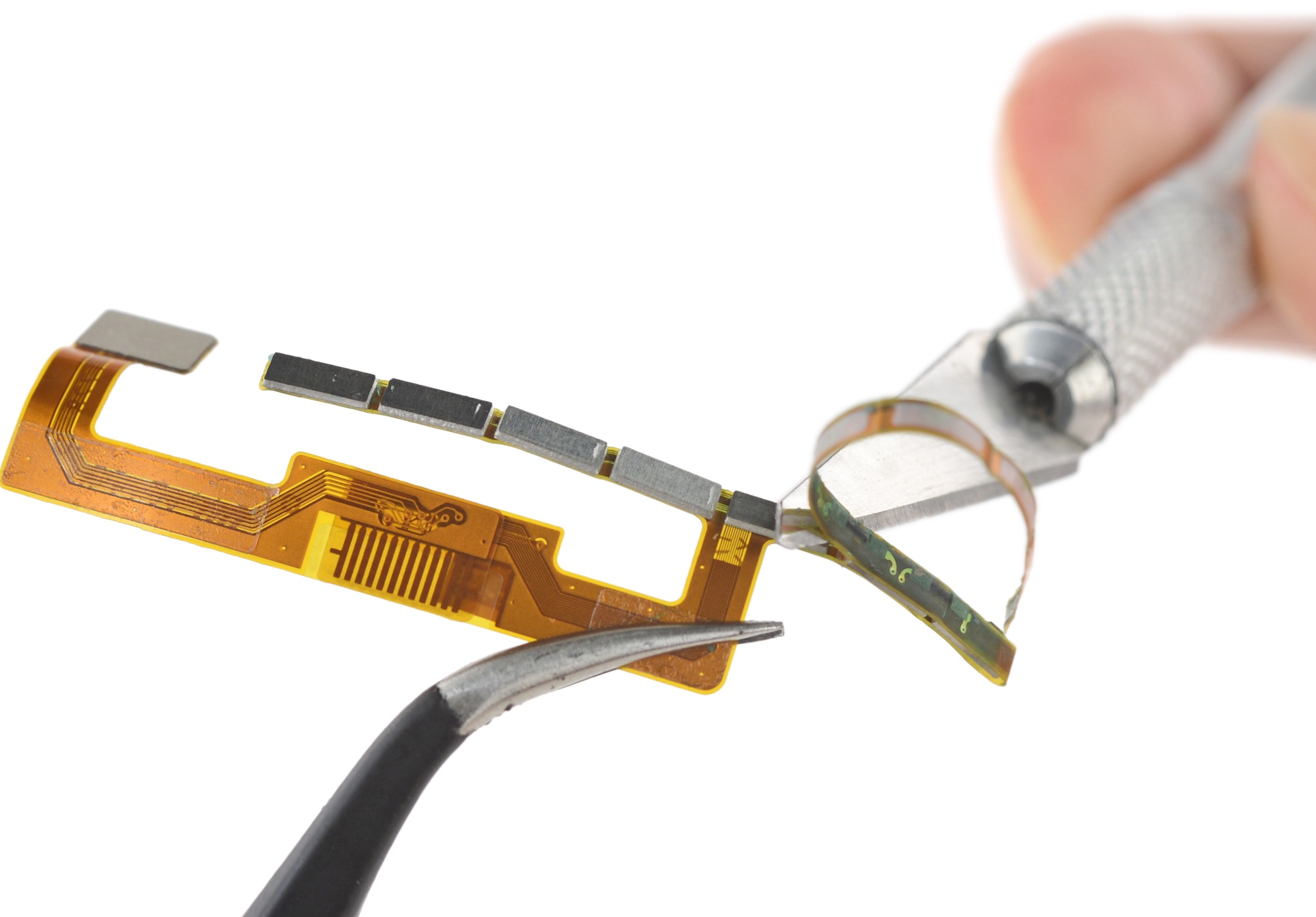 “As you squeeze, the outer row of gauges should be shortened, while the inner row is lengthened,” notes iFixit. “This gives the Pixel software a larger absolute deflection to detect and measure to trigger the feature.”

The LG-built smartphone also has completely invisible antenna bands (the light spots around the perimeter of the rear case), a brand new heat pipe, a perforated outer label for pulling the battery out of its shell and the same embedded SIM (eSIM) found in Apple Watch Series 3 (although the phone needs a physical SIM card if you’re not a Project Fi subscriber). 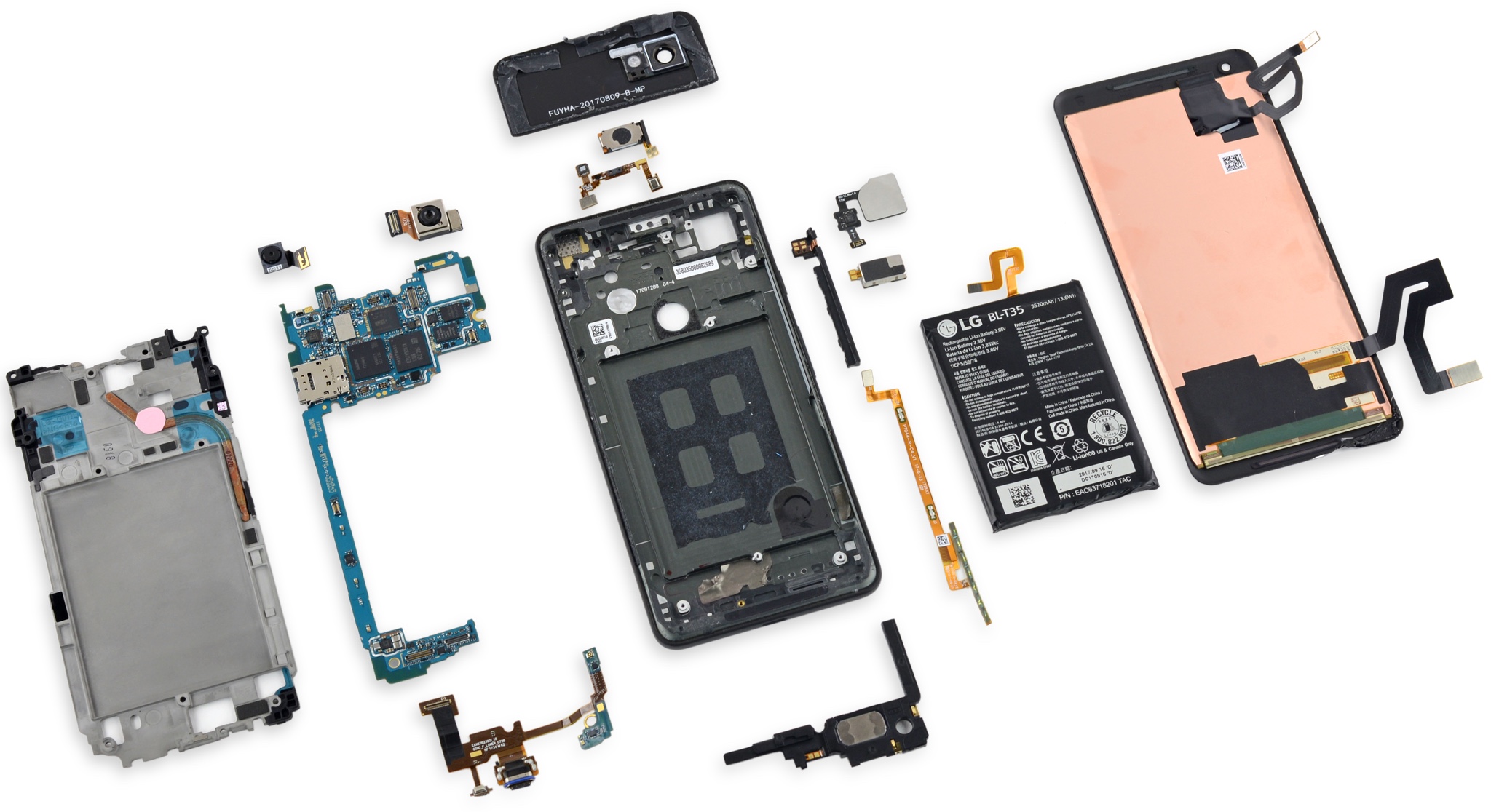 How about an Active Edge iPhone?

The phone earned a 6 out of 10 on iFixit’s repairability scale, losing a point from last year due to the complex layering of components and additional adhesive, especially on the battery.

Will a future iPhone borrow the Active Edge feature from the new Pixel phones, do you think?

I think something like Active Edge could easily make for a tremendously practical feature because an iPhone with squeezy sensors won’t need to waterproof side buttons if the whole case is the button.