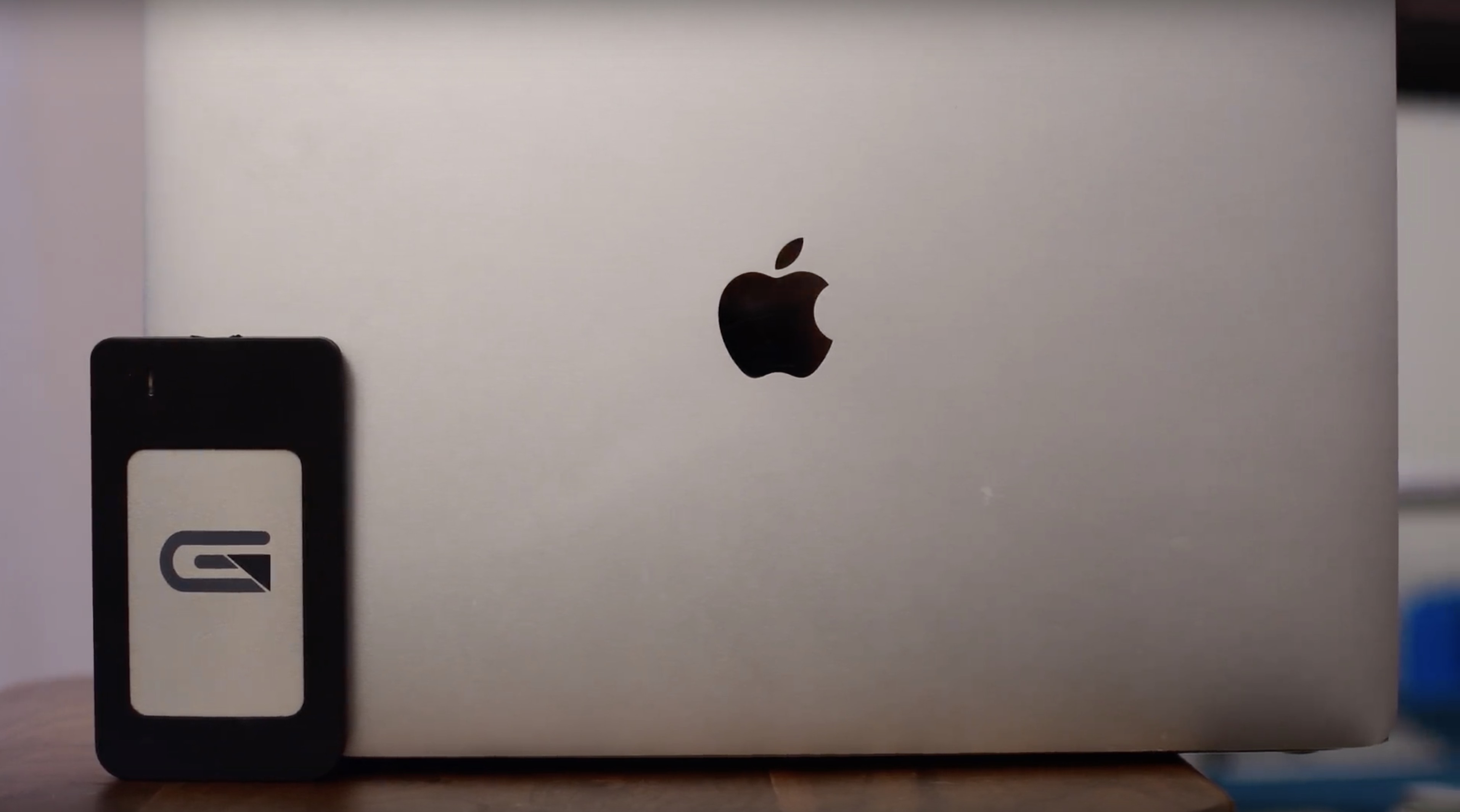 The latest MacBook Pros fully embraced USB-C. Charging, displays, and other I/O are all connected through this universal port. In a profession that is quite storage-intensive, I’ve spent my fair share of time researching and testing hard drives. The Glyph Atom has become my latest favorite, and has so far been my drive of choice with my new MacBook Pro.

When searching for a drive, there are so many routes to go down. First, you need to decide if you’d like a portable drive, to tote around with you, or if you want a stationary desktop drive.

Desktop drives are usually relegated to be the larger storage options. They can be larger and more power-intensive after all.

Portable rigs are often a bit more expensive and have lower capacities. After all, they have to cram the tech into a smaller body, while retaining speed and adding some ruggedness.

Glyph fits into the portable drive camp. Though surprisingly, being an SSD it has quite a fair bit of storage. 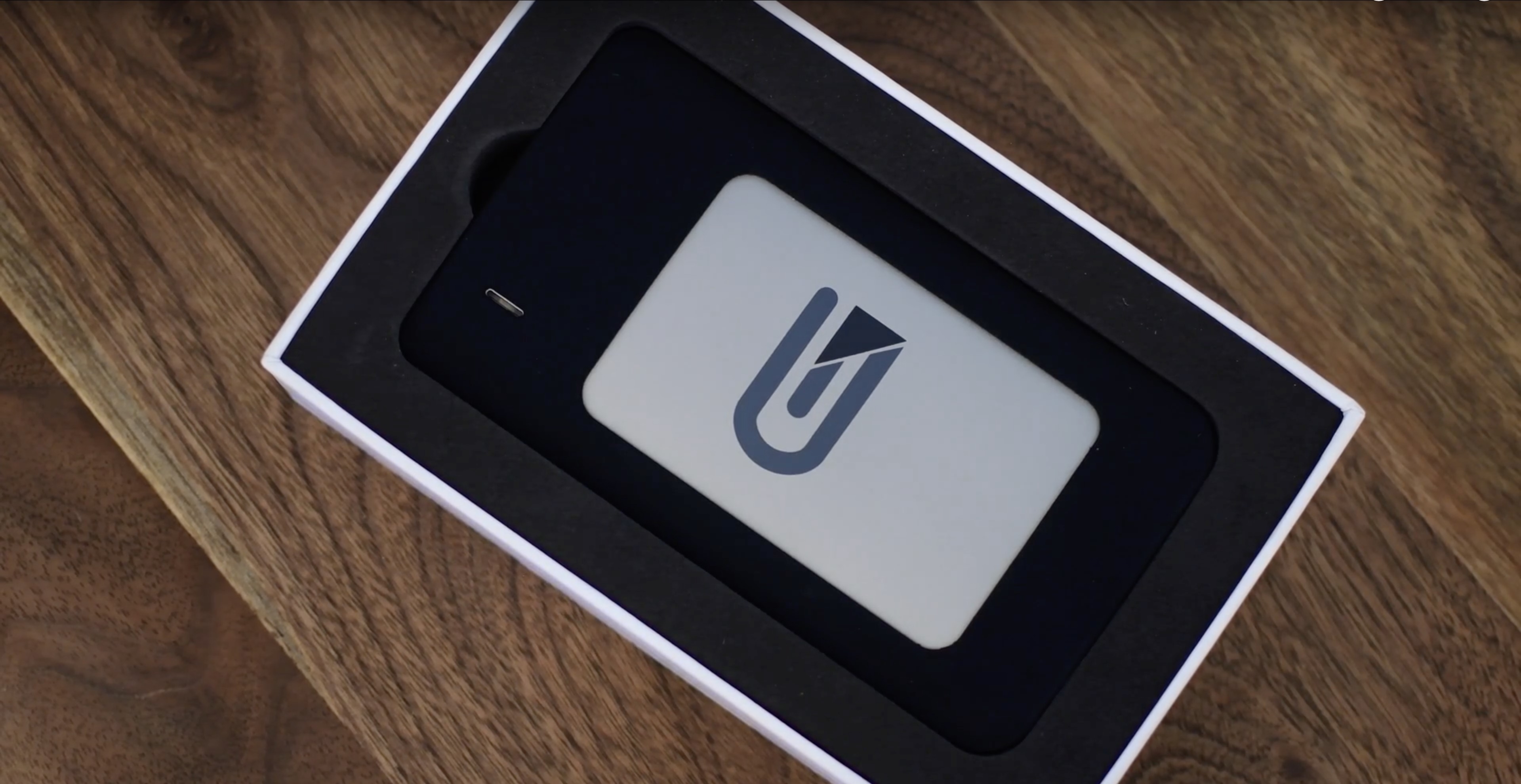 Aside from sizes and capacities, drives also come in a variety of speeds, and I/O. You may have a blazing fast drive, but if you are limited to USB 2.0, it won’t go faster than a maximum 480Mbps.

Solid State Drives, or SSDs are faster, because there are no moving parts, and can have read speeds up to 450MBps. This is quite respectful! The very popular Samsung T5 falls into this category.

Turns out though, you can make that speed go faster. Enter RAID drives. 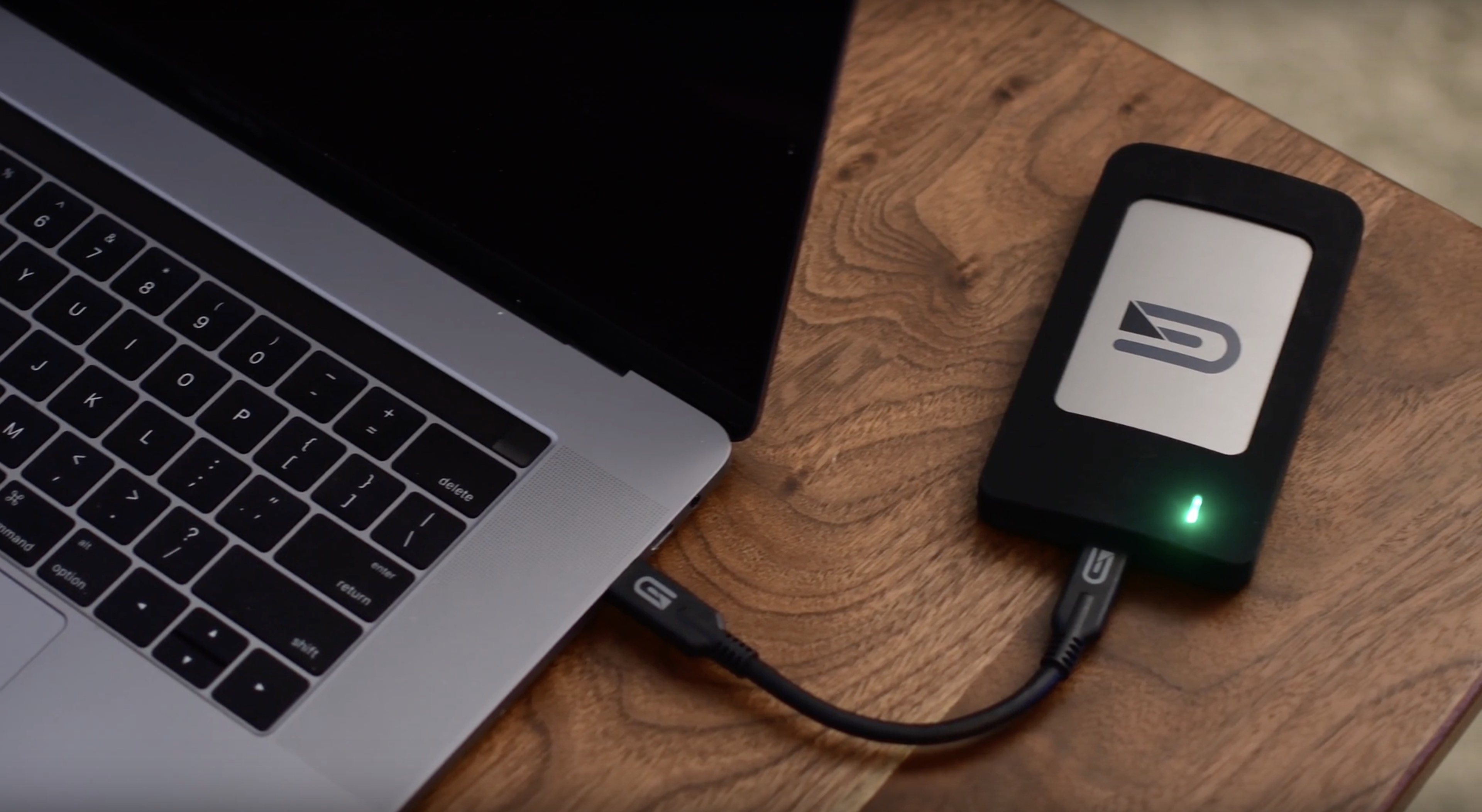 Glyph utilizes RAID-0. This is known as striping RAID. What happens is that instead of writing to just one drive at 480MBps, it writes to two drives simultaneously. Ostensibly doubling the read and write speed of the drive.

The exterior of the drive is also really nice. It has a smooth anodized aluminum finish that while not just matching the MacBooks, is a great heatsink. It also comes in a silicone sleeve. The sleeve is removable if your Glyph would prefer not to adorn it. I really love when companies pay attention to the details, and Glyph does that because if you do take of the silicone cover, underneath are two silicone feet on the bottom to still prevent it from sliding on your desk. I really like that aspect. Though when you are on the go, the cover is best left in place as to not scratch the drive, or any of your other metal gadgets.

While other SSDs like the Samsung T5 can write at 450MBps, the Glyph is capable of writing all the way up to 860MBps, in theory. That is nearly double the performance! Real world usage is going to be a lot slower, right? Well, after several run throughs of the Black Magic Disk Speedtest, I was regularly getting between 700 to nearly 900 MBps. Those are some fantastic numbers to be seeing on a portable drive.

The Glyph works great with the new MacBook Pro because it is fully capable of using USB-C and Thunderbolt 3. In the box, it comes with a USB-C cable, as well as a USB-C to USB-A for older machines that don’t fully support the USB-C standard.

That single USB-C port is the only port on the drive, so you don’t have to worry about any additional power, or other cords to look for. 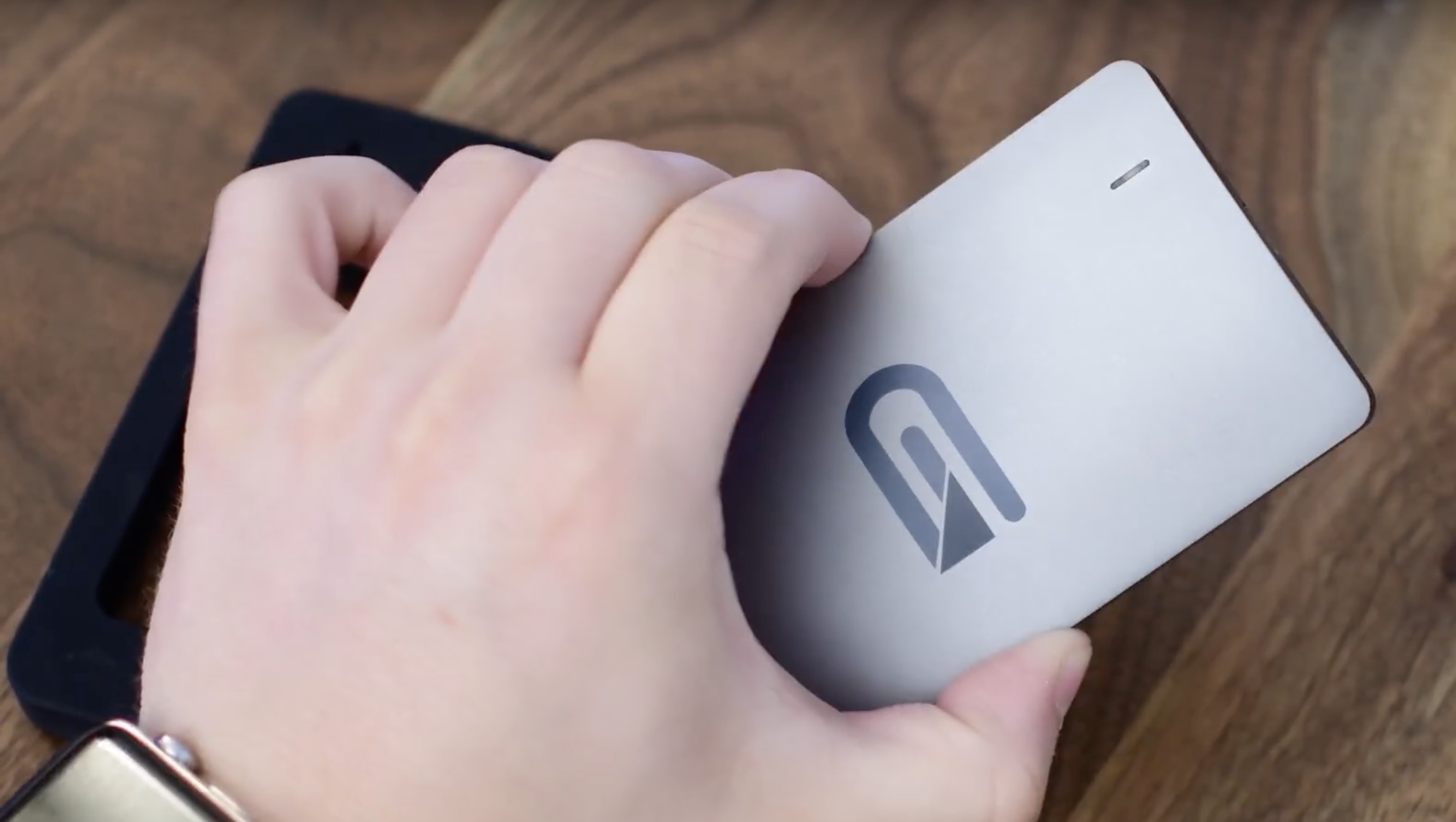 When I say I’ve tried dozens on dozens of drives, I mean it. I have network drives, desktop drives, build-your-own RAID solutions, etc. I always look for redundancies and ways to protect my data.

Glyph has outperformed nearly all my other drives. It is fast, functional, and looks great. I’m not saying that the Glyph is the only drive out there that supports two, RAID-0 SSDs in a super tiny USB-C enclosure, but I’m saying that its competition is limited.

If you are looking for one of the best portable SSDs around, you can find the 1TB model over on Amazon for just above $400. If you are looking to go a bit cheaper, they of course have non-RAID options like the 256GB SSD for $249.

What do you think of the speed of the Glyph Atom RAID SSD? Do you think these premium features warrant the price? Let us know your thoughts down below.