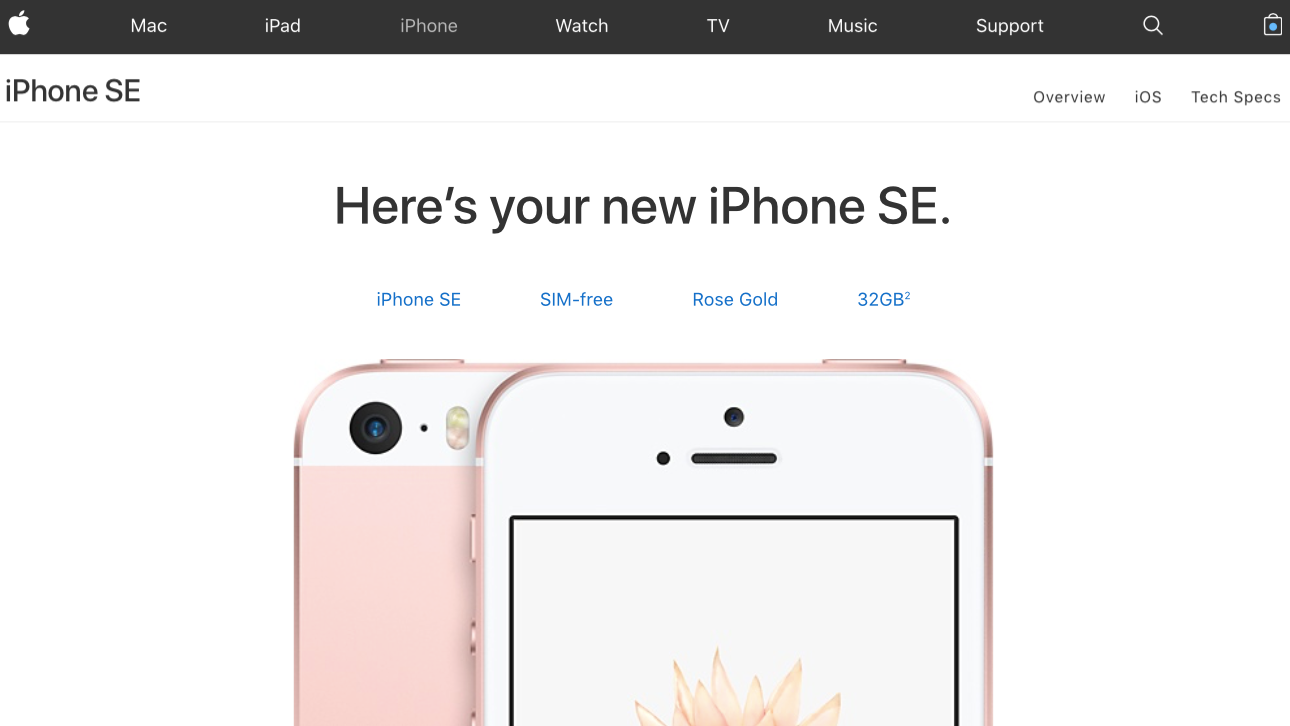 While the new iPhone 8/Plus will start at $699/$799, resulting in a price bump of $50 for those who want the latest thing, Apple’s most affordable handset can now be had for $50 less.

This is what the price-adjusted iPhone SE lineup looks like:

When it debuted in March 2016 as a budget option, Apple originally offered iPhone SE at $399 for the entry-level 16GB model and $499 for the higher-capacity 64GB version.

In March 2017, Apple again reshuffled the lineup by offering twice the storage on the low-end model with no price hike while bringing the top-tier back to $499 while doubling its storage.

Now that the company has quietly cut the price of the two iPhone SE models by $50, people in the market for a four-inch phone can now purchase iPhone SE its lowest price ever.

Like before, the device continues to be available in Silver, Gold, Space Gray and Rose Gold.