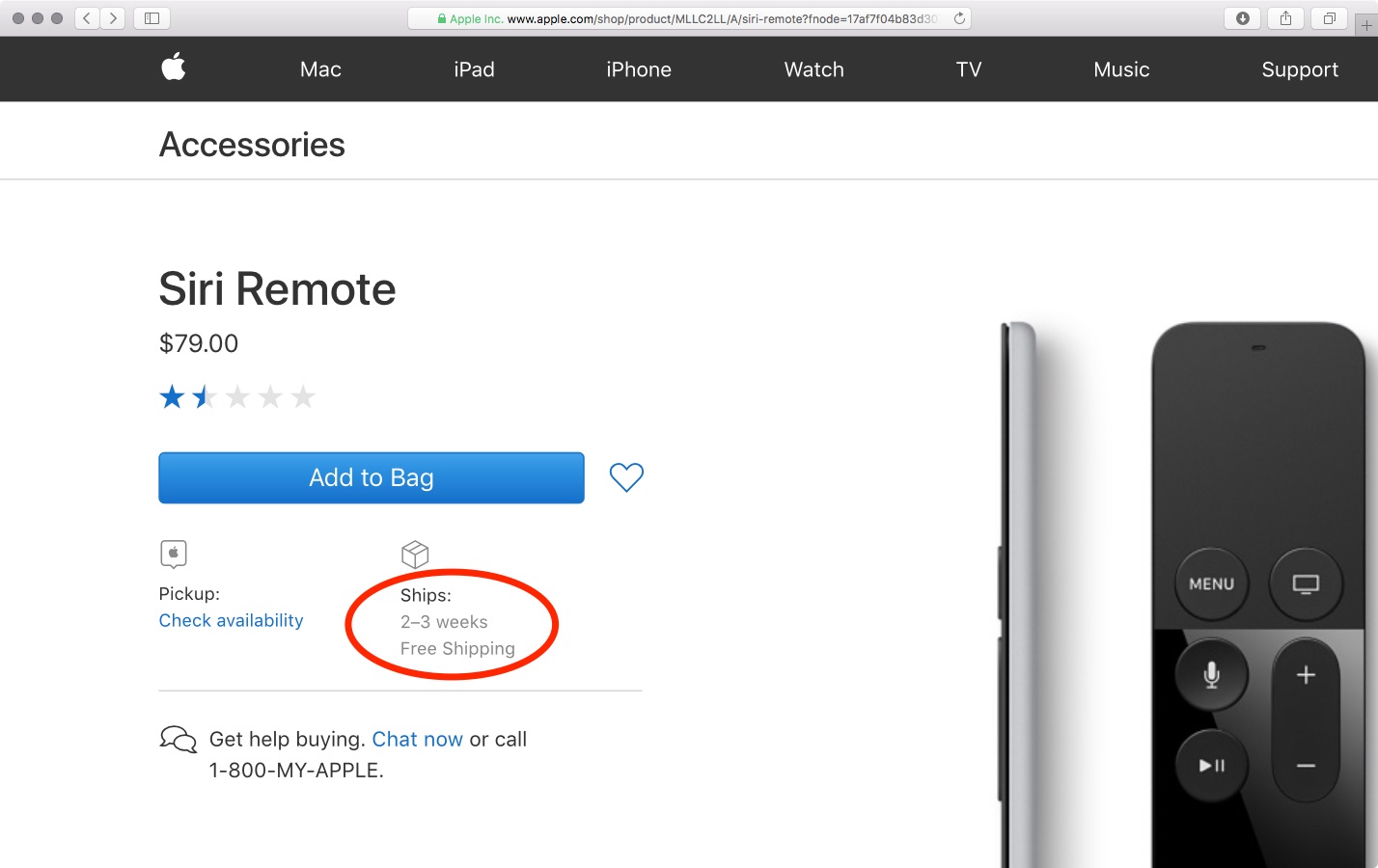 A 4K-capable Apple TV refresh may or may not be announced at Apple’s presentation next Tuesday (it certainly is on our wish list for the upcoming event). Coincidentally or not, the current Siri Remote for the fourth-generation Apple TV is on a serious backorder on the US and Canada Apple Online Store and is now shipping in 2-3 weeks.

I’ve checked a few other local Apple Online Stores and the remote is either sold out (Australia) or shipping next Tuesday, September 12 (the United Kingdom, Italy, Germany and elsewhere).

This could totally mean a new Apple TV model is coming soon.

Granted, we should never read too much into these things but it’s curious that shipping estimates for such a simple thing as a remote would slip. It could also be a simple matter of Apple being in the process of replenishing stock.

The next Apple TV is likely to come with a totally redesigned remote and may even integrate advanced motion tracking technology developed by Apple-acquired PrimeSense, giving it Kinect-like features.

Also, Tim Cook said during the WWDC 2017 keynote while announcing a few modest updates for tvOS 11 that we’ll be hearing “a lot more about Apple TV later this year”.