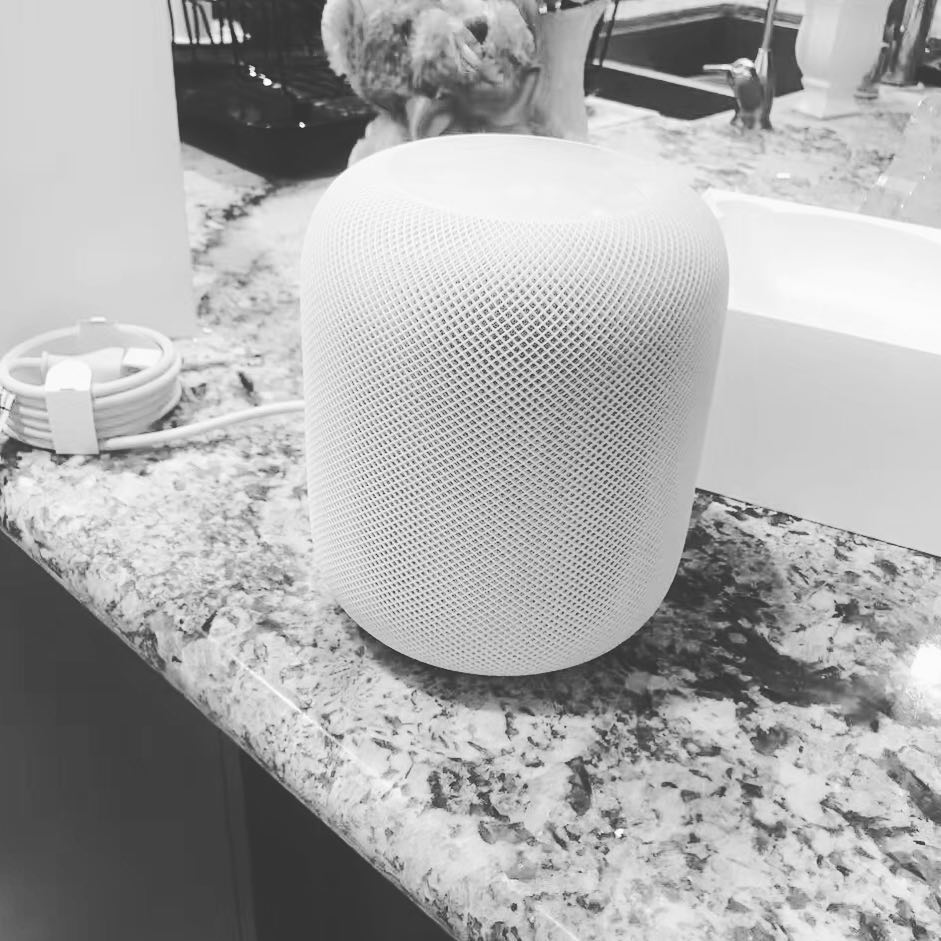 HomePod, Apple’s $349 wireless speaker powered by Siri and launching this December in the United States, United Kingdom and Australia, has been spotted in the wild.

A week ago, Instagram user “themrlinc” published a curious image resembling a white HomePod unit sitting on a marble counter in what appears to be their kitchen. The post is tagged with a location in Shanghai, China. Aside from the device itself, the background of the photograph shows a power cable and white packaging, both matching Apple’s design style.

It’s unclear if this was posted by an employee who got their HomePod early, but Andreessen Horowitz venture capitalist Benedict Evans spotted a HomePod in his neighborhood.

An AirPods-style icon for HomePod popped up in the Control Center of his iPhone as he was driving through Menlo Park, California. The device is labeled as “Kitchen,” possibly indicating that Apple employees are now testing the wireless speaker in their homes.

Someone from San Francisco also posted a similar image on Reddit showing an icon for HomePod in the AirPlay menu. AirPlay uses Bluetooth for proximity information (which HomePod does not have), but AirPlay devices show up in the menu even if you’re not on the same Wi-Fi network (and this user probably left his Wi-Fi open).

That said, it’s safe to say that somebody in this user’s neighborhood is on the HomePod team.

If I were that poster, I would try connecting to the device via AirPlay and crank up the volume to find out where it was (unless its mysterious owner has protected AirPlay with a passcode). Apple employees have been known to test unreleased hardware in the past so there’s that.

Following December launch, HomePod will join the rest of the world in the beginning of 2018.