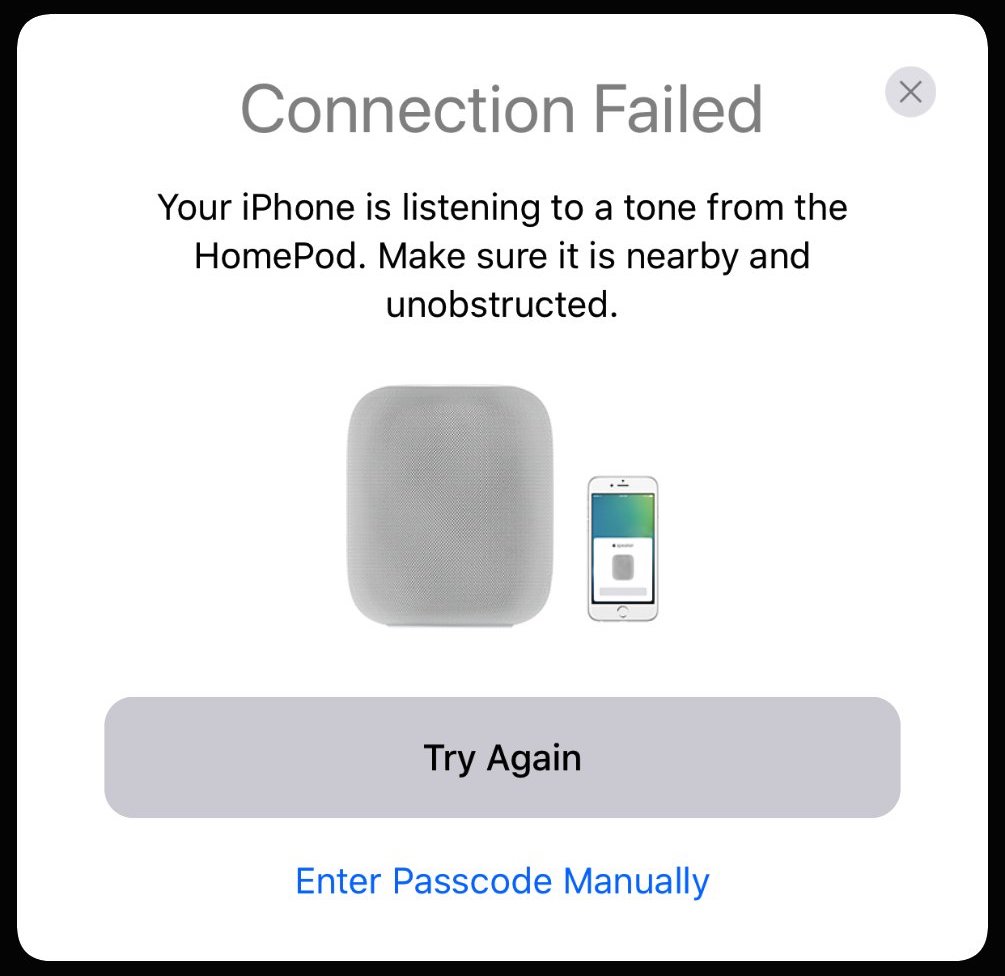 HomePod, Apple’s wireless speaker scheduled to arrive this December, will support a new pairing method based on special audio tones generated by it and detected by a host iPhone.

That’s according to Brazilian iOS developer Guilherme Rambo who on Saturday unearned a screenshot from the iOS 11 beta which hints at this previously unknown HomePod feature.

“HomePod setup can be done without manually typing the passcode, through audio,” he said.

The screenshot shows an AirPods-like card on an iPhone screen with a HomePod connection panel open. “Your iPhone is listening to a tone from the HomePod,” the text on the panel reads. “Make sure it is nearby and unobstructed.”

The card gives the user two choices: try the noise-based pairing method again or enter the passcode manually if that doesn’t work.

This new pairing method appears to be an audio version of the swirly pattern for pairing an Apple Watch via a host iPhone’s camera. Other Apple devices use different pairing methods as well. The fourth-generation Apple TV, for instance, can be set up by bringing your iPhone closer.

AirPods, thanks to Apple’s W1 chip, only require that you open the case and bring it close to your iPhone. Still, Apple always provides a fallback pairing method. In the case of AirPods, you can invoke standard Bluetooth pairing by holding down the button at the bottom of the case.

And on Apple TV, you always have the option to use a manual configuration process.

The sound-based pairing method for HomePod will allow users to continue with the pairing process even if they’re unable to discern the last four digits of the HomePod’s serial number.

The leaked screenshots of the HomePod setup process have indicated that HomePod’s Siri assistant may also read out a four-digit authentication and pairing code to the user.

While HomePod will use the iPhone 6’s A8 chip and Wi-Fi, it won’t have Bluetooth or NFC.

The addition of a non-Siri-based pairing method is a wise move on Apple’s part for those times when network connectivity, which is required for Siri, may be temporarily unavailable.