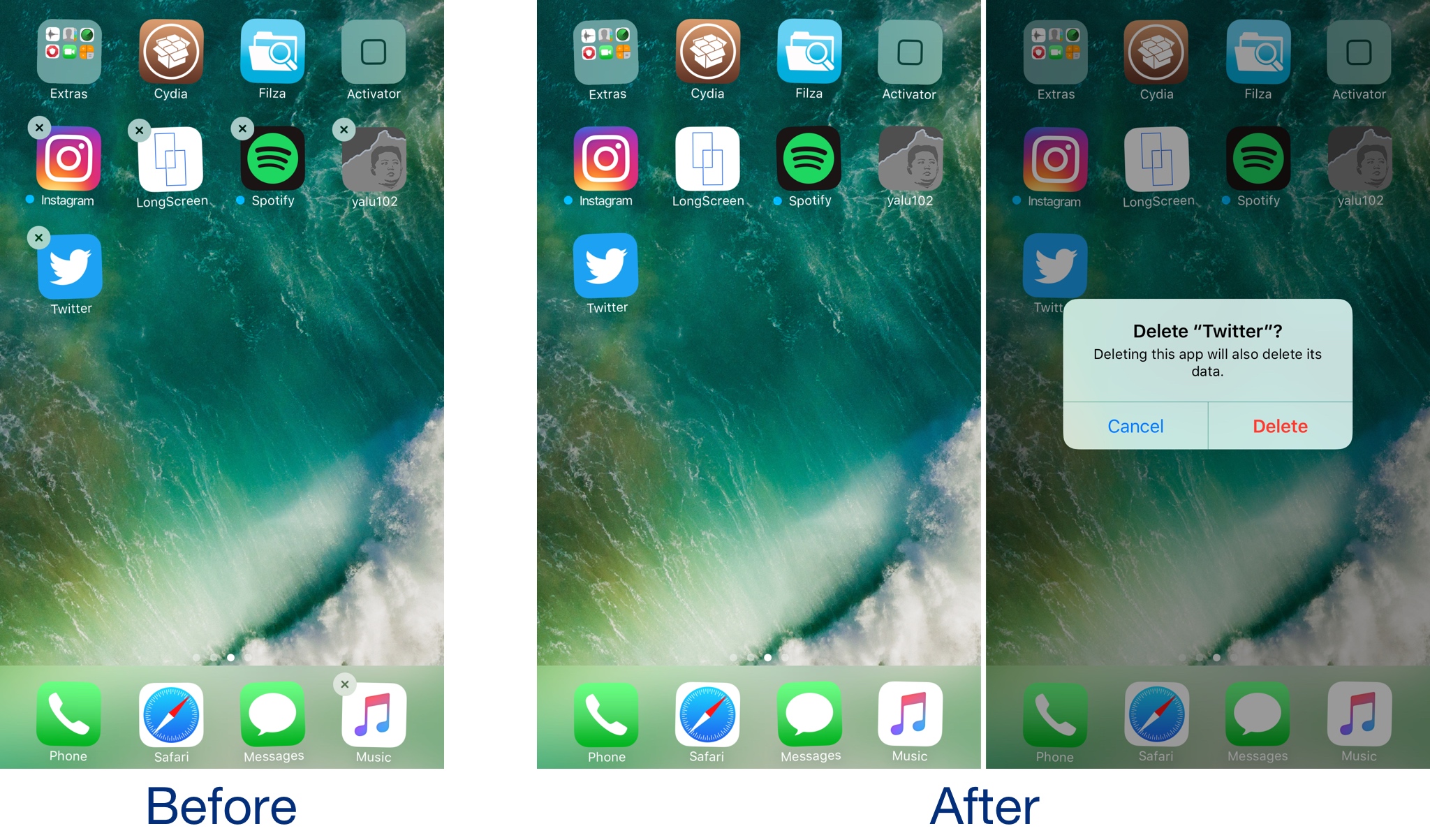 If you share your iPhone or iPad with multiple people, then new apps probably appear on the Home screen while old apps go missing all the time. iOS comes with restriction features to prevent app deletion, but enabling this solution will only get in your own way too.

A new free jailbreak tweak called HideDeleteBox by iOS developer NeinZedd9 takes a simpler approach; it makes the “x” button that typically appears after entering ‘jiggle’ mode on your iPhone or iPad invisible.

The idea behind the tweak is that most people would turn back after being unable to find the button used to remove apps. More or less, they’d think something was wrong with your device or that app deletion was impossible.

Given the nature of the tweak, it’s more of a deterrent than a security measure because nothing stops someone from attempting to tap where the “x” button used to be previously and successfully deleting an app. Nevertheless, most people would probably stop trying after not seeing the “x” after a few attempts.

The only guaranteed way to prevent app deletion on your device is to go to Settings →  General → Restrictions → Deleting Apps and enable the feature. It will prevent your apps from being deleted, but it will also make the task harder on yourself because you must now visit the preferences pane and enter a passcode just to disable and re-enable the feature as needed.

I like to think of HideDeleteBox as a subtle compromise between preventing app deletion by others and keeping things easier for yourself. It’s robust enough to deter most others from deleting your apps, but not so intrusive that it gets in the way of your workflow.

Alternatively, you could just change the passcode and revoke device access to everyone but yourself, but that’s not an ideal solution for family devices.

Would you consider using HideDeleteBox If the circumstances were right for you? Share why or why not in the comments below.