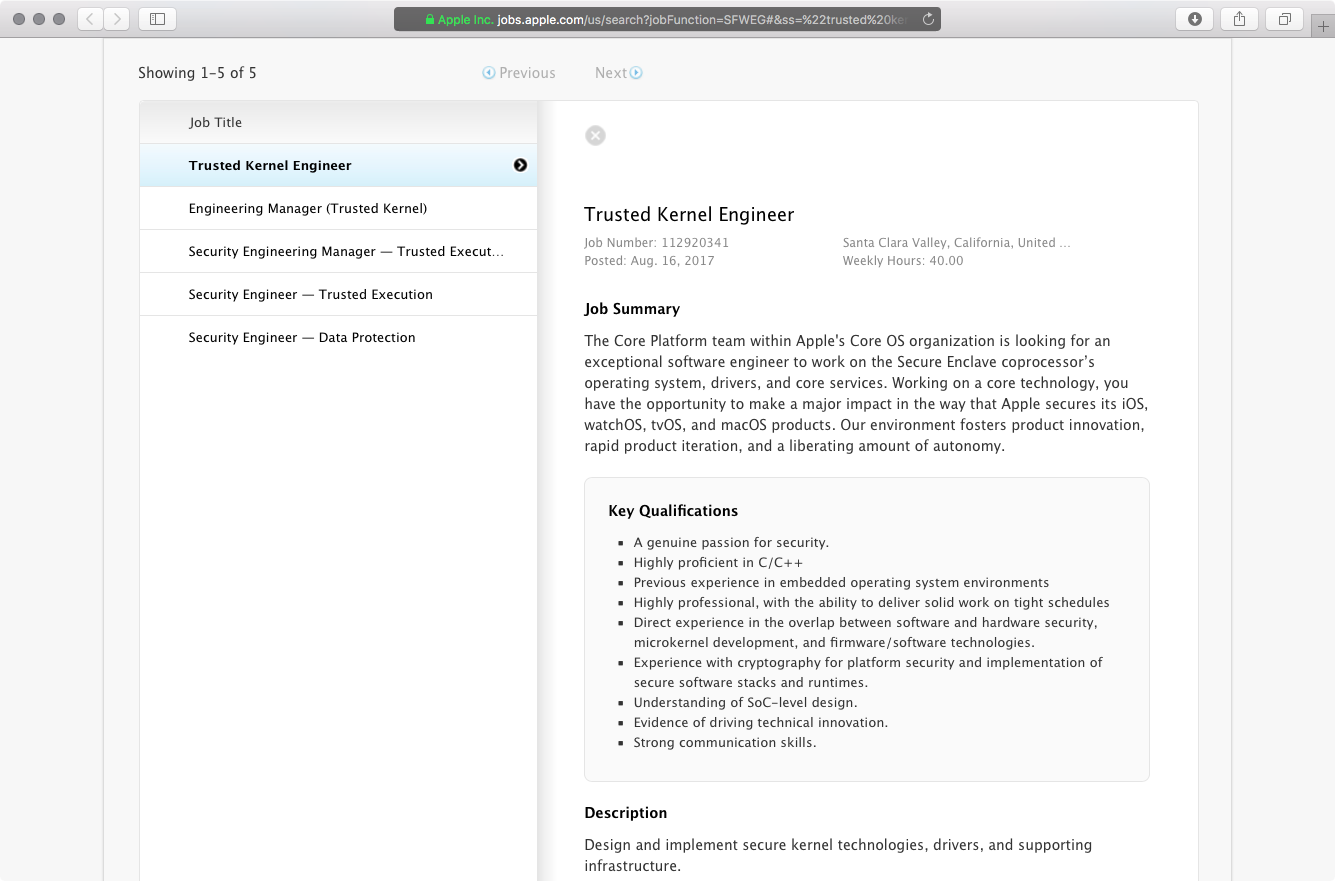 Apple is currently advertising job openings for its Secure Enclave team, seeking several software engineers and managers through its Jobs website in the United States.

The following positions are advertised:

First spotted by iOS developer Steven Stroughton-Smith earlier this week, one of the openings is for “an exceptional software engineer” who will be tasked with working on the Secure Enclave coprocessor’s operating system, drivers and core services.

“Working on a core technology, you have the opportunity to make a major impact in the way that Apple secures its iOS, watchOS, tvOS and macOS products,” reads the job post.

The new hires will help define the software roadmap for new security features supporting a range of hardware platforms, including iPhone, iPad, Apple Watch, Apple TV, iPod and Mac, as well as contribute to key security requirements for future hardware and custom silicon, from the kernel up through libraries, frameworks and apps running on the Secure Enclave.

Secure Enclave was in the news recently after a hacker posted the decryption key for the iPhone 5s’s Secure Enclave, which (in theory) makes it easier for experienced security researchers to analyze the firmware running on the cryptographic coprocessor.

Its release does not compromise sensitive data like payment/Touch ID information or other cryptographic keys safely stored in the Secure Enclave’s encrypted memory, Apple has said.