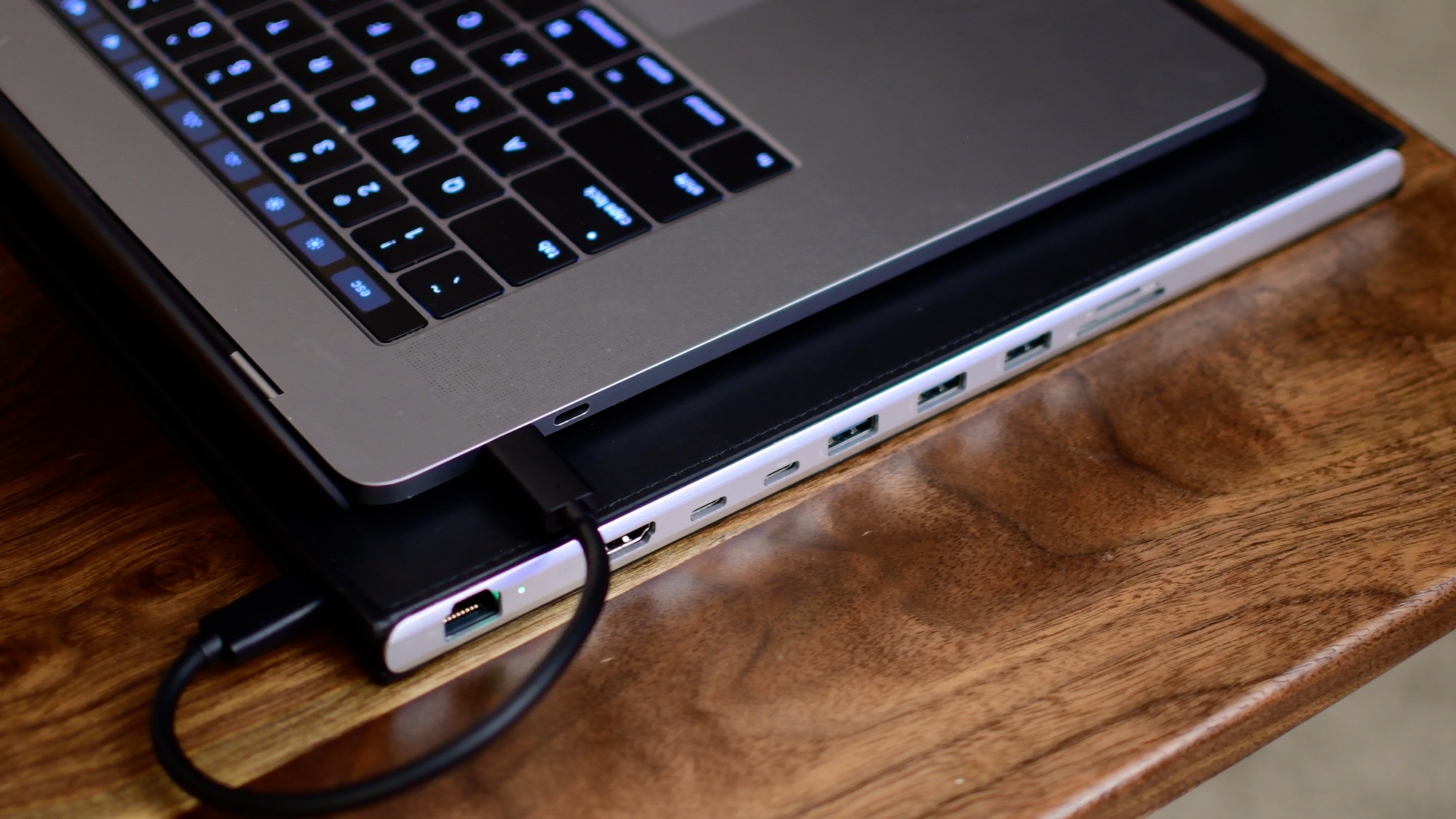 DockCase is an unusual prospect. It takes two useful accessories and makes an attempt to combine them together into a single, indispensable MacBook Pro companion.

DockCase is literally what it sounds like. The combination of a dock, and a case. Though it doesn’t have the most original name, the idea is quite clever. The case is leather with a soft microfiber interior. It is basically a sleeve, that opens on the short end instead of the long. The flap is held closed with a series of magnets, which is quite handy. Since the idea is to make this a single solution for your MacBook on the go, they even build a channel on the interior to house a USB-C cable to connect to the DockCase.

You have many port options included on the side of the DockCase. Included are: 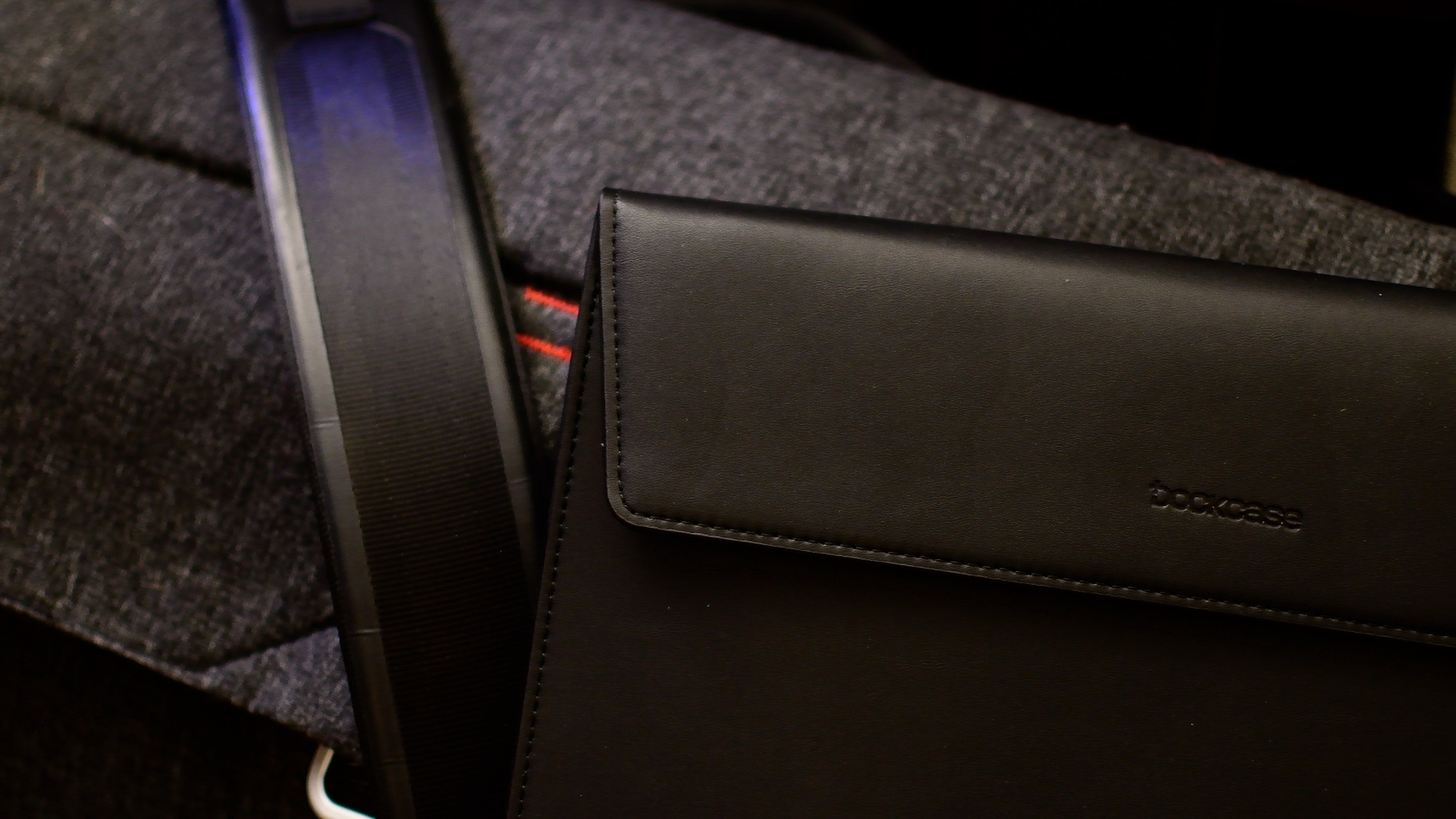 I appreciate the ability to carry nothing but the DockCase, and have a case, hub, USB-C cable, all packed together, with effectively no bulk. Alternatively, I’d bring something like a Satechi USB-C hub. However, that is more costly, lacks several of the I/O options, and offers my machine no protection.

One random thing I noticed in my testing was with the sleeve. I’d often put it up on its end, then slide the laptop in from the top. It’s a bit awkward in real life though because one end is crafted out of aluminum. I almost feel like I could damage something hitting it against my desk or something. Will it really damage it? Probably not. It’s crafted out of aluminum, and unlikely to be damaged just because I stood it up on its end. It just makes noise and causes me to be nervous. 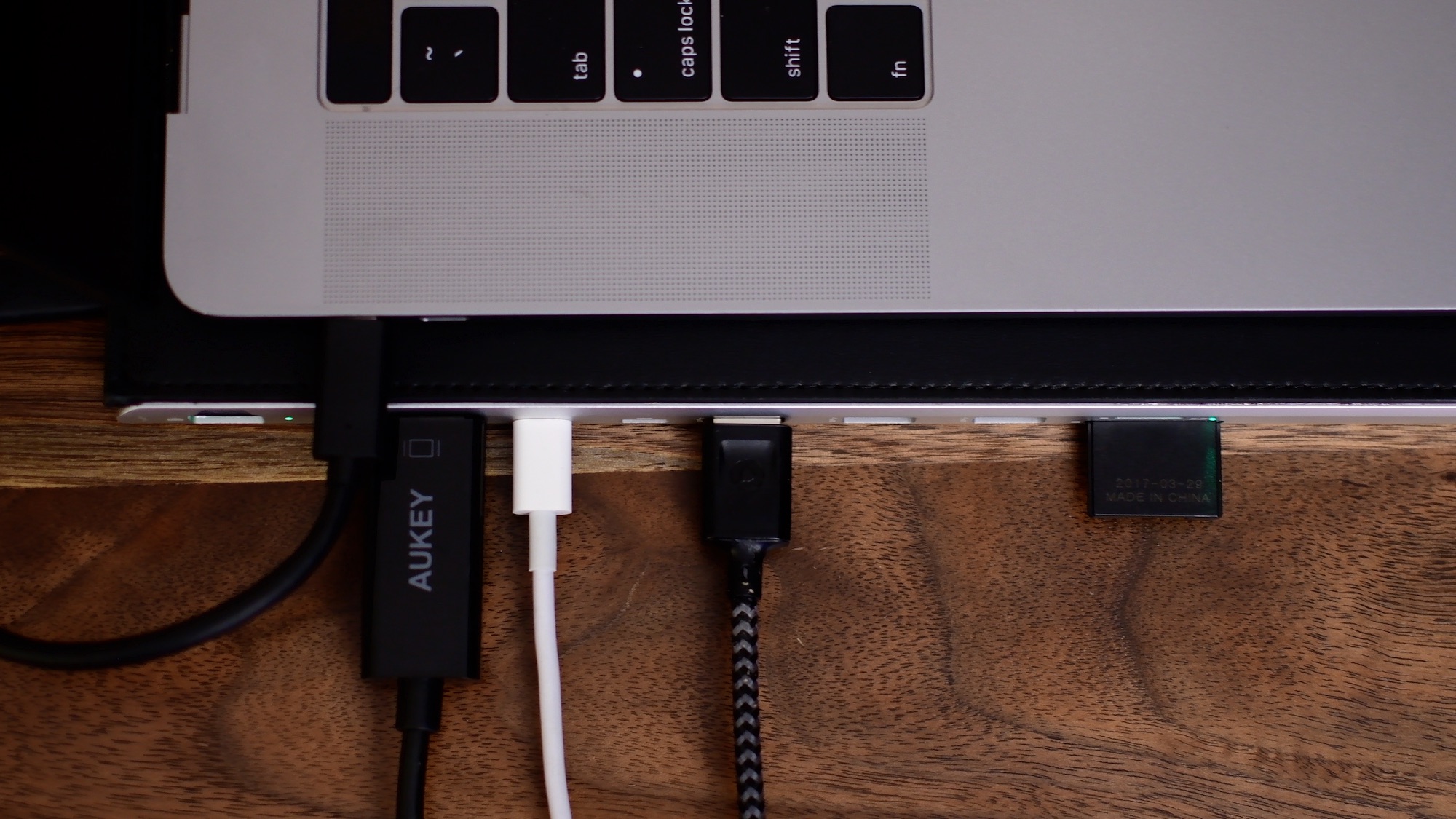 The biggest selling point for the DockCase is the fact you don’t have to tote around multiple accessories. The case is very well made, feels solid, and comes in 4 different colors. The dock offers all the necessary I/O that sometimes get overlooked. I also appreciate that they worked to provide ample space between the ports. They aren’t too close together like a few of the other hubs that I find to be quite frustrating.

I don’t have many problems with the DockCase. It does what it does well. The biggest question is whether you need a dock like this in the first place. I can see a lot of people who don’t plug a lot in and are perfectly happy bringing nothing but a power adapter. Personally, I just wish I could fit it in my bag. The added length of the sleeve attributed to the dock makes it a bit tight of a squeeze for many horizontal messenger bags. I also felt the metal on the bottom was a bit awkward when putting the laptop in and out of the case (if you ever would set it on your desk).

There has been an unrelenting parade of USB-C docks and hubs hitting the market since the release of the new MacBook Pros. The DockCase aims to differentiate itself with a clever design and added functionality. I actually really love the idea of it, and in practice, it’s actually very handy. I think it looks stylish too, so it isn’t like you are getting a subpar case with a stellar dock, or vice versa.

Currently, DockCase has raised well above its goal over on KickStarter. They have models available for the 13″ Pro as well as the 15″, each in 4 different colors of microfiber leather. If you are interested, you can save about $50 off of full retail during the Kickstarter campaign, with delivery expected in November. The 13″ model runs $79 and the 15″ is $89. Considering competitor’s options, that seems like a very fair price.

Shout out in the comments if you think this is either a great idea, or I’m crazy for liking it.