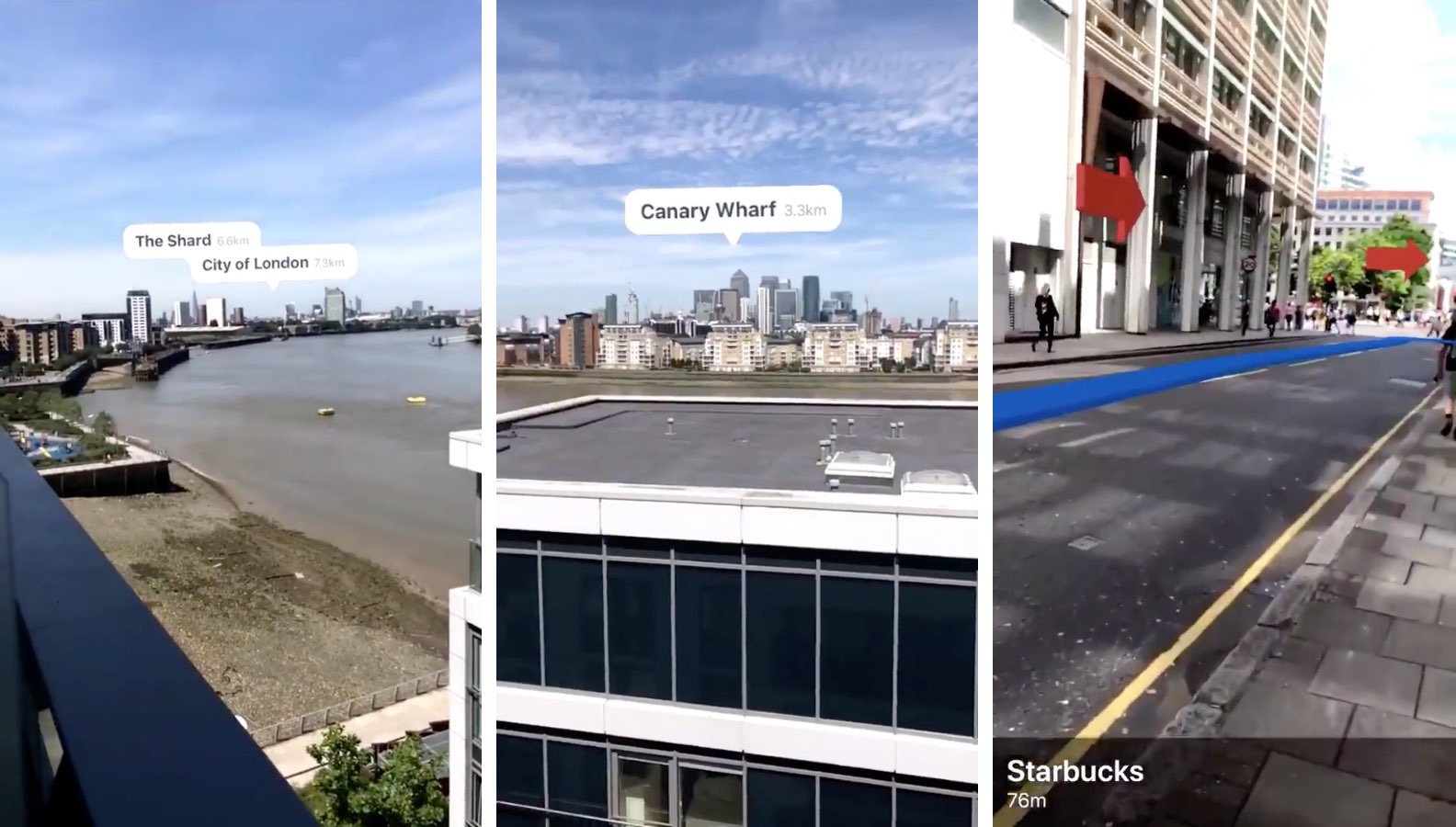 As a big sucker for augmented reality demos built with Apple’s ARKit framework, I tirelessly search for them virtually (pun intended) every day on YouTube.

Having seen my fair share of ARKit-driven work-in-progress apps, I have no doubt in my mind that ARKit-powered navigation is one of the killer apps that will sell the mainstream consumer on the benefits of augmented reality experiences.

The best example of navigation in augmented reality that I’ve come across so far is iOS developer Andrew Hart‘s work with ARKit and CoreLocation.

The end result is enhanced real-world navigation where turn-by-turn directions and points of interest are added to the live view from a device’s camera in a way that makes those elements appear to inhabit the real world.

And in the following example, he’s using ARKit and CoreLocation to render the names of various buildings and landmarks. I’ve seen a few App Store apps that do that, but they’re nowhere near touching Apple’s framework when it comes to tracking accuracy and speed.

This is obviously just the beginning. When iOS 11 launches this fall, many developers will jump on the ARKit bandwagon to build ARKit-enhanced navigation and mapping products.

Here is where we're headed
An Apple demo from last year pic.twitter.com/JE7ns93Po8

Apple’s own Maps app on iOS 11 includes a new virtual reality mode that uses ARKit for positioning: use search in Maps to find a major city or landmark, then tap the Flyover button and the map will adjust its view as you’re walking around the room.

For example, use this feature to move the view of the Sydney Opera House or the Eiffel Tower around by tilting your iPhone or iPad or, better yet, going for a short walk. As you’re walking around, the vide of the 3D city model adjusts accordingly.

Are you amazed by the potential ARKit holds for turn-by-turn navigation and maps?