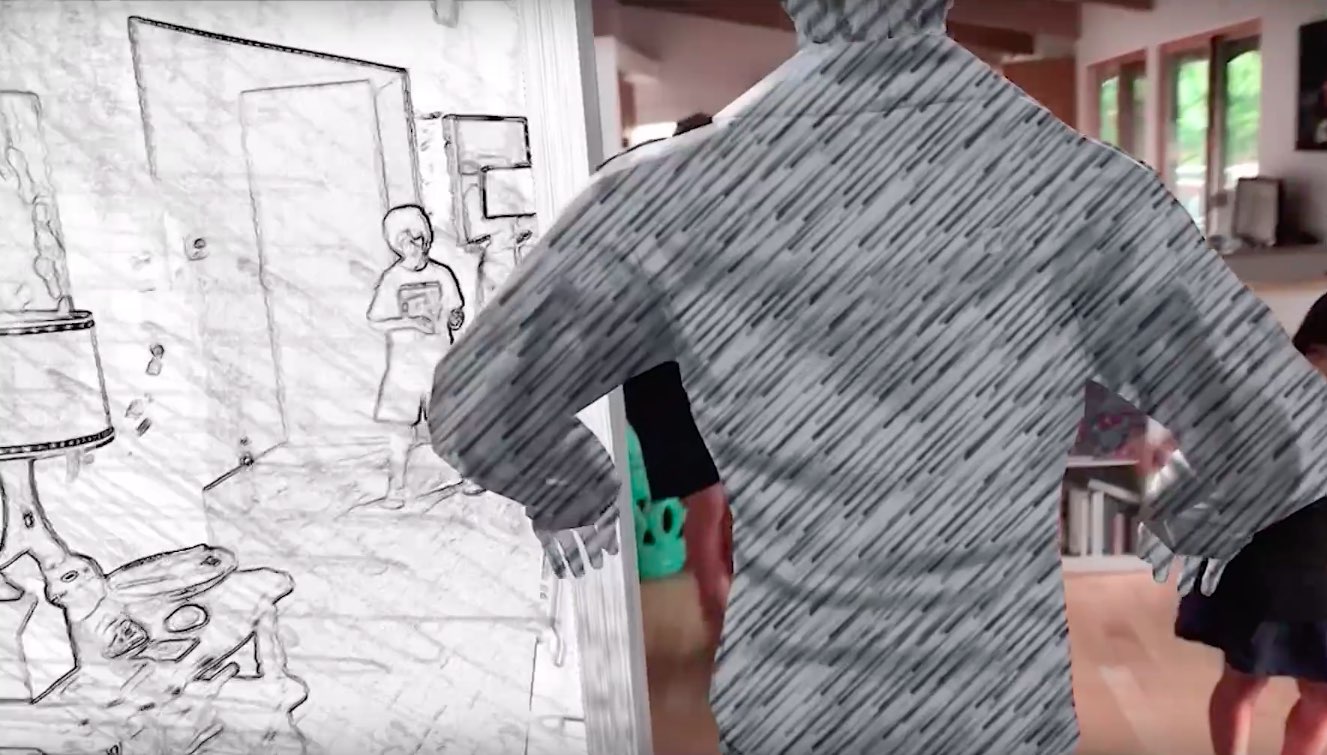 ARKit, Apple’s new framework in iOS 11 for building augmented reality experiences for iPhone and iPad, has been used to recreate the music video for the 1980s hit song “Take on Me” by Norwegian band A-ha in real-time, highlighting ARKit’s potential for film-making.

Give the embedded video below, which shows off the app in action, a quick watch before meeting us in comments. And please, do keep in mind that everything you see is being rendered live in camera and works as shown.

“This work was made very quickly and just for fun, but there is a lot of room for improvement”, developers noted. “We were inspired by the intersection of emerging mass technology, like ARKit, and visual effects that traditionally have been difficult to recreate.”

There are no plans to release the app.

The portal is just a visual opening, but the room is there no matter what, you can walk through the invisible wall and same effect

You’ll notice how the hand-drawing effect is applied to the people dancing in the background (and the room itself) as soon as they step into a virtual portal. If you had any doubts about the many potentials for augmented reality, iOS 11 and ARKit will make you a believer.

Just to give you a taste for how closely the app replicates the original hand-drawn animations and movement, here’s A-ha’s original video for “Take On Me”.

The future has arrived!