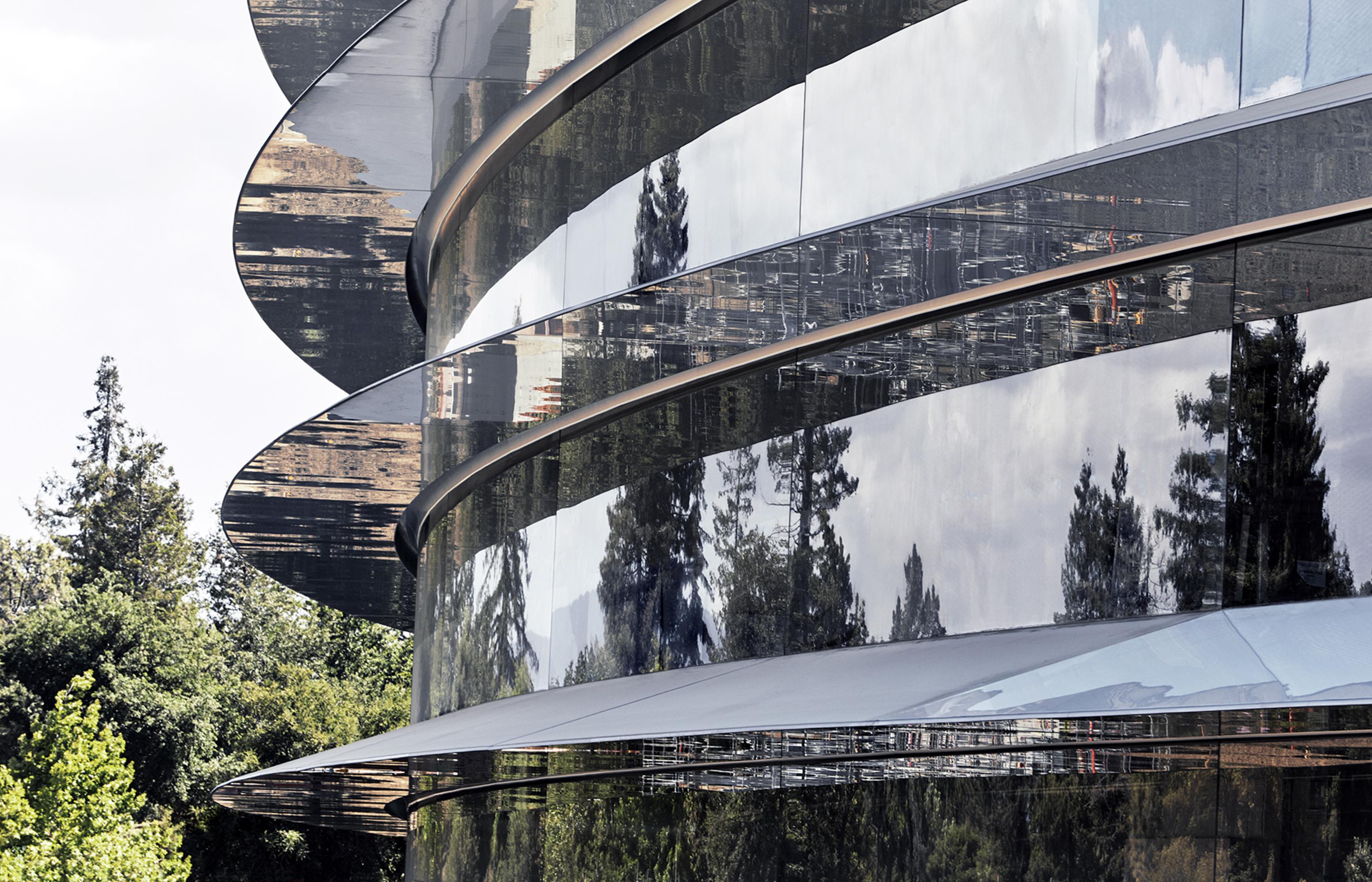 Jony Ive, 50, Apple’s Chief Design Officer in charge of all design efforts across the company, sat down with The Wall Street Journal’s Christina Passariello to discuss the company’s massive new campus, called Apple Park, and other topics of interest.

While Ive and his design team won’t be moving to their new offices (on the fourth floor, where the executive suites are) before this fall, a section of workspace is move-in-ready. 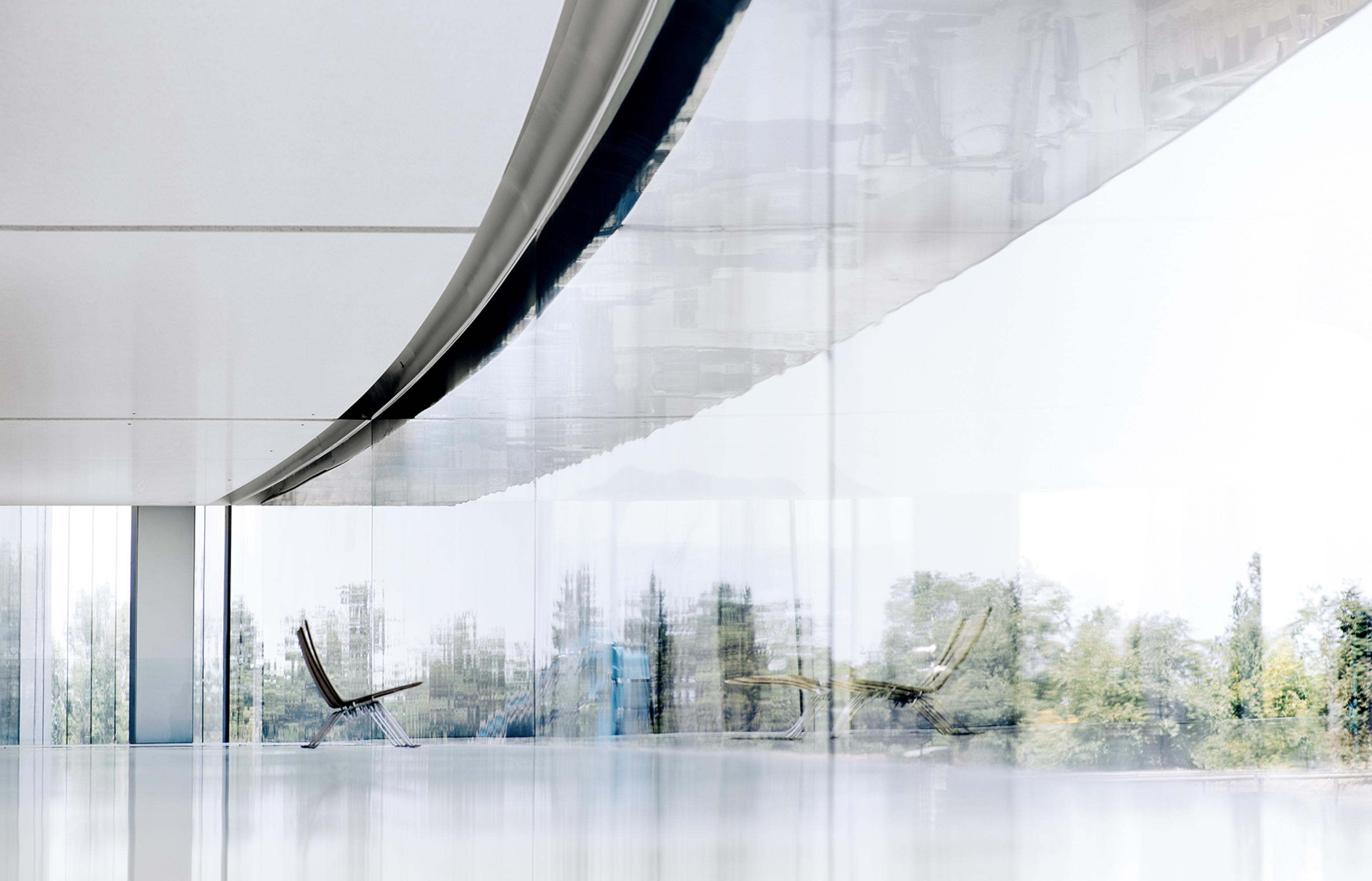 Hallways around the perimeter of the main building are set up to encourage casual meetings.

Apple’s stellar growth in the past decade has posed challenge to its internal culture and collaboration, necessitating the need for a new kind of office space.

According to CEO Tim Cook:

We didn’t plan our growth, and then when we saw our growth, we were so engrossed in trying to push things forward that we didn’t spend time to really develop the workplace. We’ve done a really good job of working around it, but it’s not the way we want to be working, nor does it represent our culture well.

For all of the beauty of technology and all the things we’ve helped facilitate over the years, nothing yet replaces human interaction, and I don’t think it will ever happen.”

The idea for the campus was born during a walk in London’s Hyde Park in 2004 when the first iPhone was in the works, with Jobs “fantasizing” with Ive about building a campus centered around a quad, with plenty of parkland for meandering and meeting.

The new headquarters are being built at a reported cost of $5 billion. 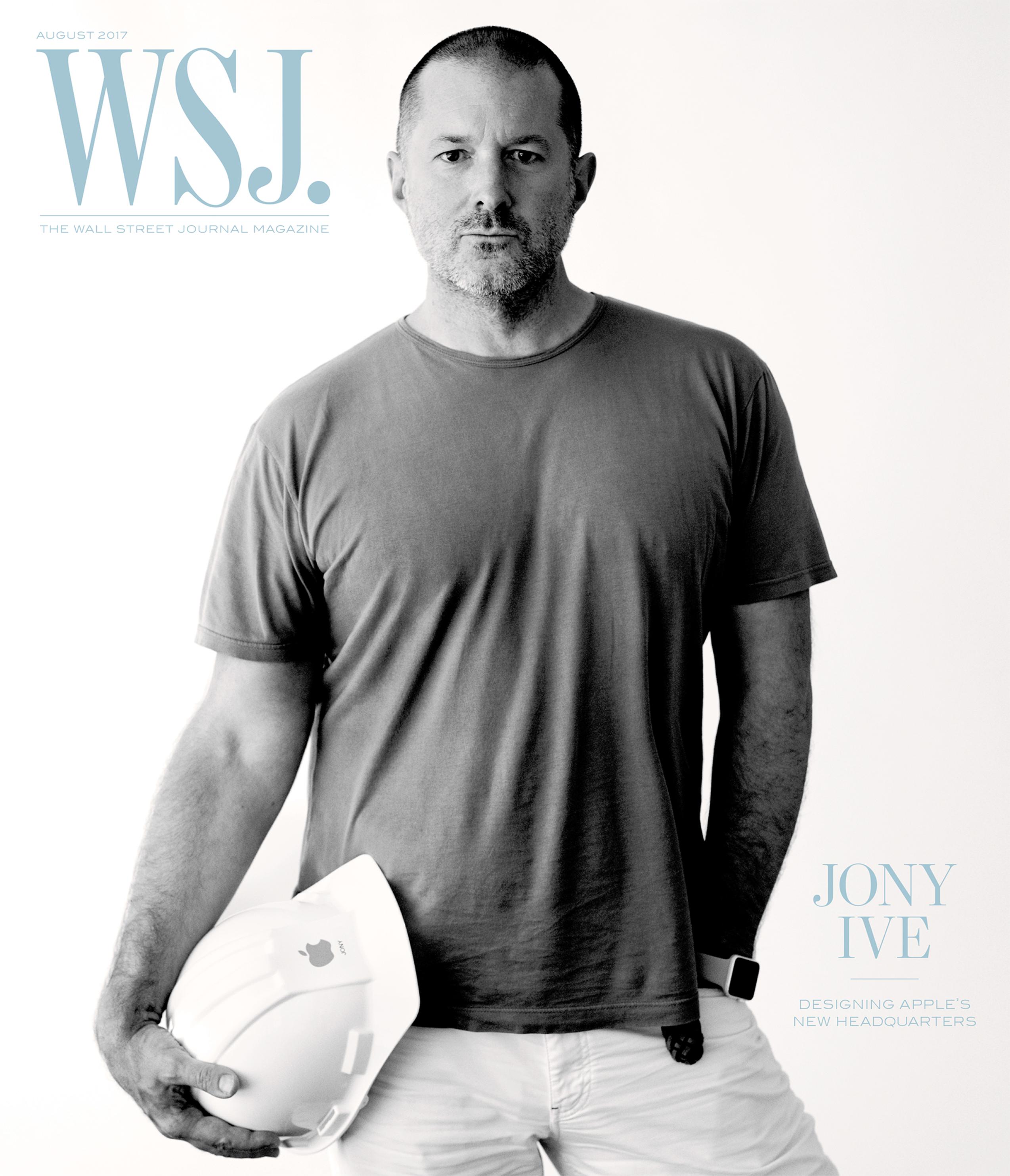 The four-story building encourages employees to walk to visit colleagues and attend meetings rather than use elevators, Ive said. He also shot down a recent article claiming Apple contributed to a tree shortage in the Bay Area by buying up so many plants for the campus, “as if we’d got to the end of our project and we thought, Oh, we’d better plant some trees.”

Apple began working with an arborist years ago to source 9,000+ trees for Apple Park, many of them drought-resistant, that will have been planted by the time the campus is finished. 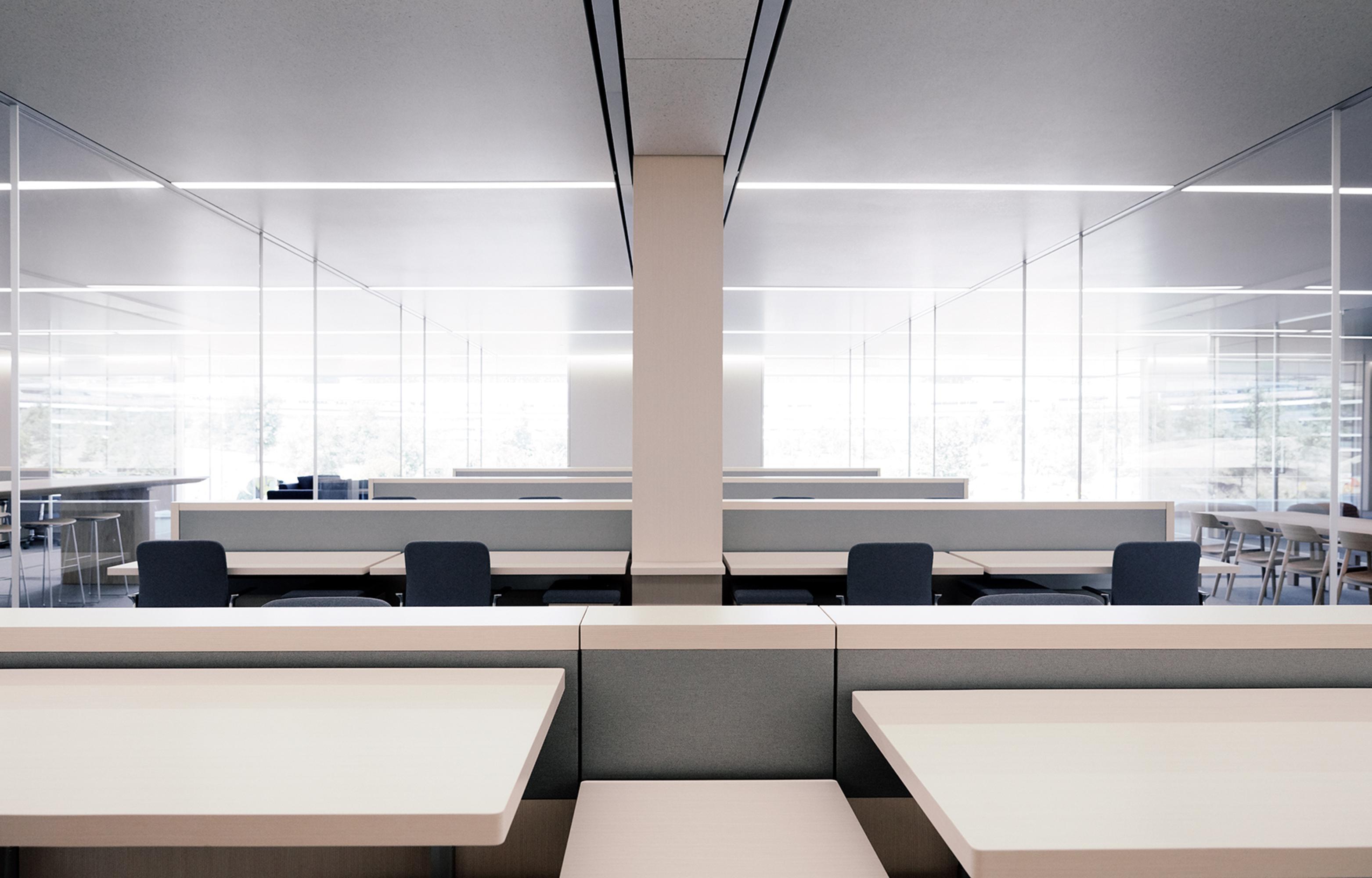 Desks in the open-plan workspaces can be raised to standing level at the push of a button.

Ive and his team approached designing Apple Park like they would any other Apple product.

“A lot of the buildings that are being built at the moment are products of software-only cultures,” said Ive. “Because we understand making, we’ll build a prototype and try it and use it, and see what works and what doesn’t.”

Other highlights from the interview:

Apple Park has turned into one of his longest projects as Apple’s chief designer. 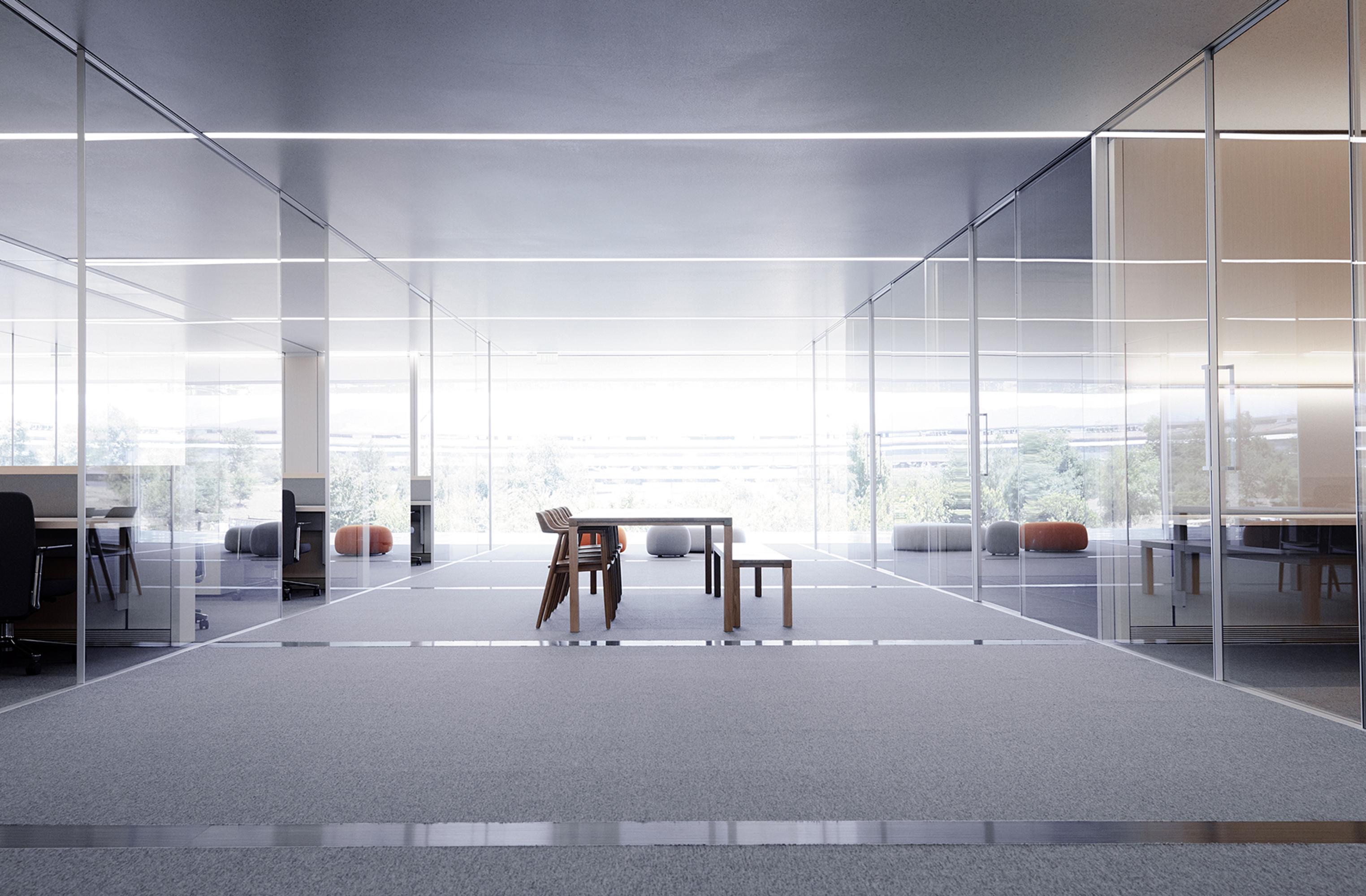 There’s the same rather strange process you go through when you finish a product and you prepare to release it—it’s the same set of feelings.

That feels, I don’t know, encouragingly healthy, because I would be concerned if we lost that sense of anxiety. I think that would suggest that we were not as self-critical, not as curious, not as inquisitive as we have to be to be able to be effective and do good work.

The driving force behind the new headquarters, Ive “was the one who carried it forward with the same intent” after Steve Jobs died, according to Steve’s widow Laurene Powell Jobs.