In addition to being your trusted all-round digital assistant, Siri on iOS 11 doubles as a personal translator in your pocket or purse. Just summon Siri and ask her to translate a word, phrase or sentence into one of the supported languages.

The translation is displayed on the screen and Siri also reads it aloud.

This can be quite handy in a number of situations, especially if you’re a traveller visiting a foreign country. And with iOS 11’s new Type to Siri option, you can type the source text to Siri.

Here’s how to use Siri to translate languages.

At present, Siri can translate from English into the following languages:

Apple will add more languages to the Siri translator in the future. At present, Siri is unable to translate from other languages into English but Apple may add this feature down the road.

As a reminder, the Siri translator requires iOS 11 or later and is unsupported on older iOS editions. This feature is currently in beta so hiccups and quirks are to be expected. Keep in mind that translation requires Siri language to be set to U.S. English in Settings.

How to have Siri translate languages

To translate custom text, words or phrases, hold down the Home button to invoke Siri (or use “Hey Siri”) and ask something along the lines of “How do I say [PHRASE] in [LANGUAGE]”.

Here are some examples:

A shorter form is also possible, for example, “Translate ‘Where’s the Louvre’ into French”.

Up pops a card showing the translation. You can copy the text to the clipboard for pasting into other apps, if you’d like, or press the Play button to have Siri repeat the spoken translation.

Reading out the translation takes advance of advanced machine learning and artificial intelligence, which makes Siri’s new male and female voices on iOS 11 more natural than ever before, adjusting intonation, pitch, emphasis and tempo while speaking.

If Siri cannot distinguish between the preamble and the query itself, use a shorter form “Translate into [LANGUAGE]”. For example, just tell Siri, “Translate into German” and she will follow up with a question about the phrase you’d like translated.

You can even ask Siri to pronounce a specific word in a foreign language without the “How do I say” preamble. Here are some examples of that:

Siri remembers the last language used for translation, which makes it super easy to follow up without the “How do I say” preamble.

For instance, say you ordered a pound of bananas from a market stall proprietor in Spain (“How do I say ‘I need a pound of bananas’ in Spanish?”). Simply tell Siri, “Say thanks”, as a follow up query and she will translate it into Spanish because you’re continuing the same thread.

If you happen to use multiple iOS and macOS devices, it may be a good idea to enable cross-device syncing for Siri in iCloud settings on your iPhone, iPad and Mac to ensure you have the same Siri experience across all the devices you use. 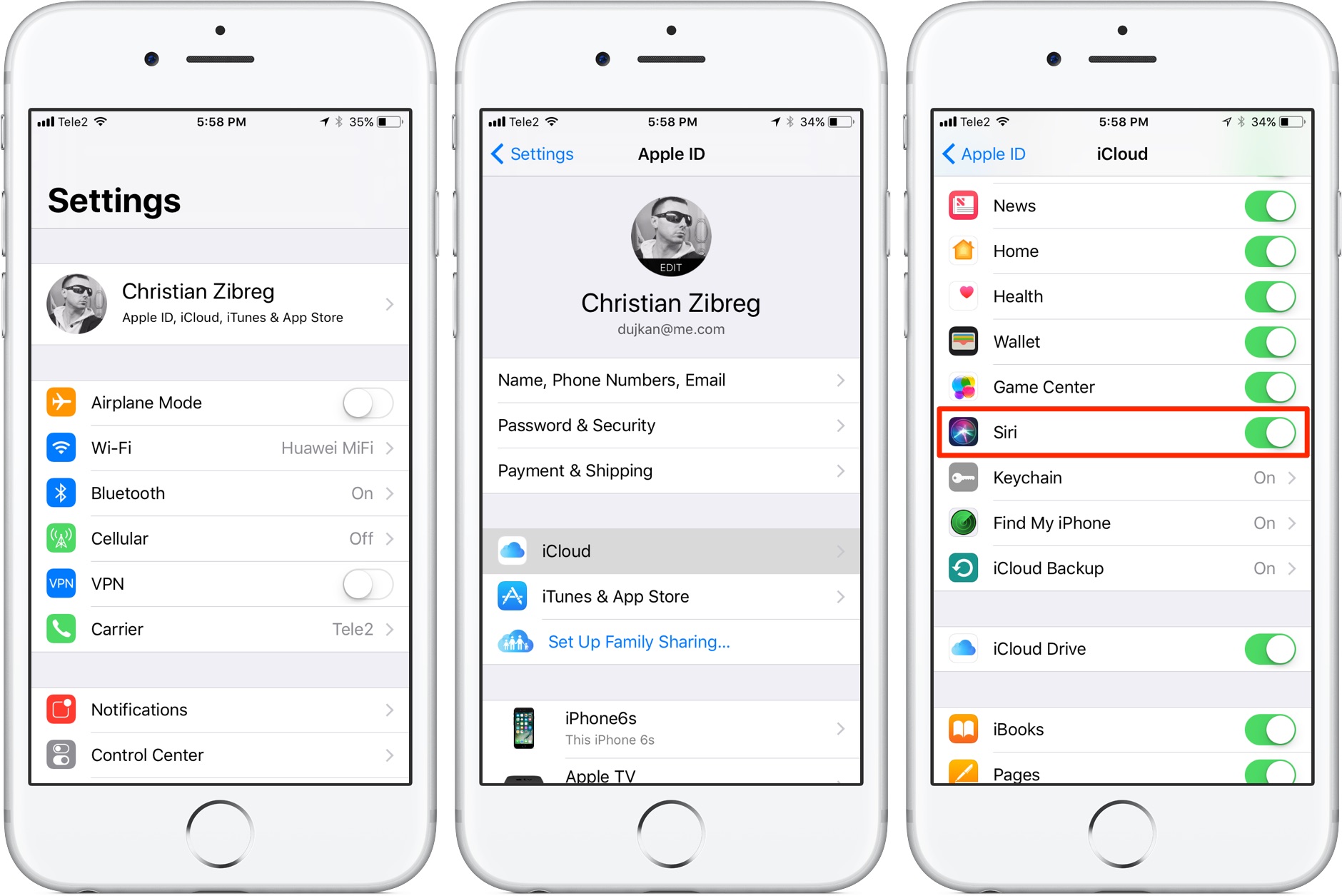 If you find yourself in a situation where talking into your iPhone isn’t a desirable option, consider enabling the Type to Siri option in Settings → General → Accessibility → Siri. This will let you type your queries to Siri instead of voicing them.

This is perfect if you want to use the Siri translator while standing in a line at a bank or a store.

When you use Type to Siri, she’ll still read the translation aloud. Thankfully, you can fix that by turning on the Control with Ring Switch option in Settings → Siri → Voice Feedback. 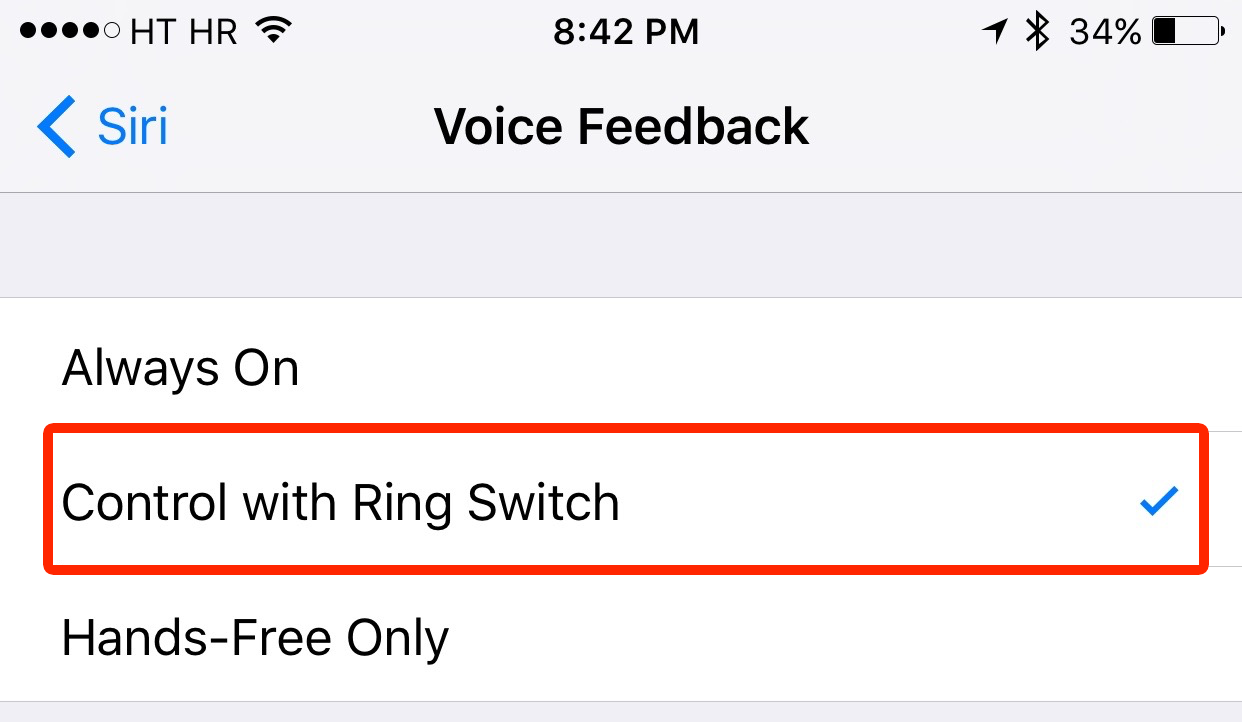 This silences all Siri audio feedback when you turn your iPhone’s mute switch to silent.

Siri will still display the translation on the screen, but won’t read it out aloud unless you tap the Play button. If you feel like using Type to Siri but want the freedom to run voice-based queries without disabling the feature, be sure to enable the Hey Siri feature in Settings.

This will let you use the “Hey Siri” hotword to summon Siri for hands-free translations while still being able to hold down the Home button at any time in order to type. your query for those times when talking to your phone in public isn’t appropriate.

And if you use EarPods, AirPods or other headphones with your iPhone, you can of course hear the translated phrase or the correct pronunciation of a foreign word without disturbing others.

Siri-powered translations may not be for everyone, but it’s definitely good to have options and have a piece of mind knowing that this handy feature is there should you ever require it.

The Siri translator may come in handy in a number of situations.

Out at a French restaurant (which cam be a lot of fun) but don’t know the basic restaurant vocabulary? Just have Siri translate your order and hold up the phone for the waiter to read.

Or, maybe you’re walking down the streets of Berlin and wondering where the nearest beer pub is. Just ask Siri to translate the query into German, then have her read the translation aloud to a random person on the street.

Last but not least, the Siri translator can be even helpful when learning foreign languages, especially if you’re unsure about the correct pronunciation of a word or a phrase.

I’m sure you can come up with some compelling use cases for the Siri translator of your own. If so, please do share them with others by posting in the comments section below.