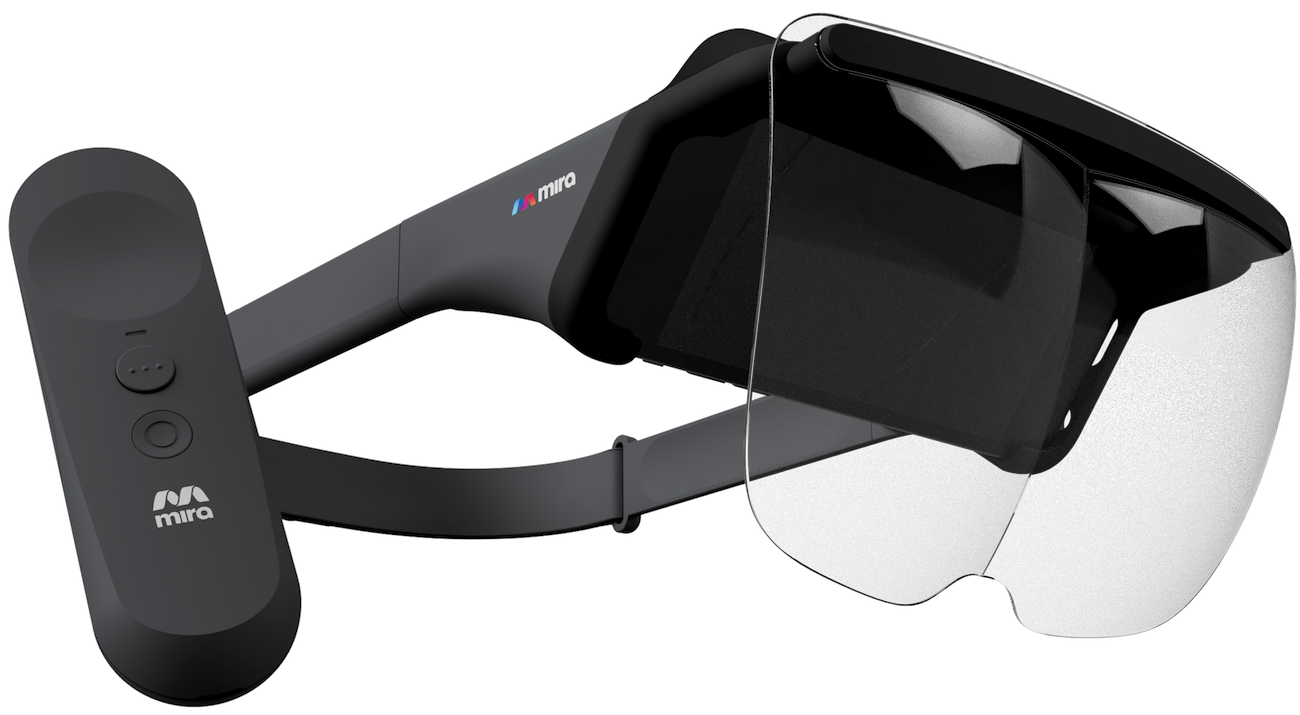 Why wait until 2018 or beyond for a rumored Apple headset when you can immerse yourself in augmented reality right now, and without breaking the bank? Meet Mira Prism, a new iPhone-connected headset that provides augmented reality experiences for just $99.

The product is standalone and requires no plugs, computers or wires.

You just side your iPhone into the headset to begin exploring the wonders of interactive holographic content. It should be mentioned that Mira Prism does not put your iPhone’s screen right in front of your eyes, like Google’s Cardboard does. 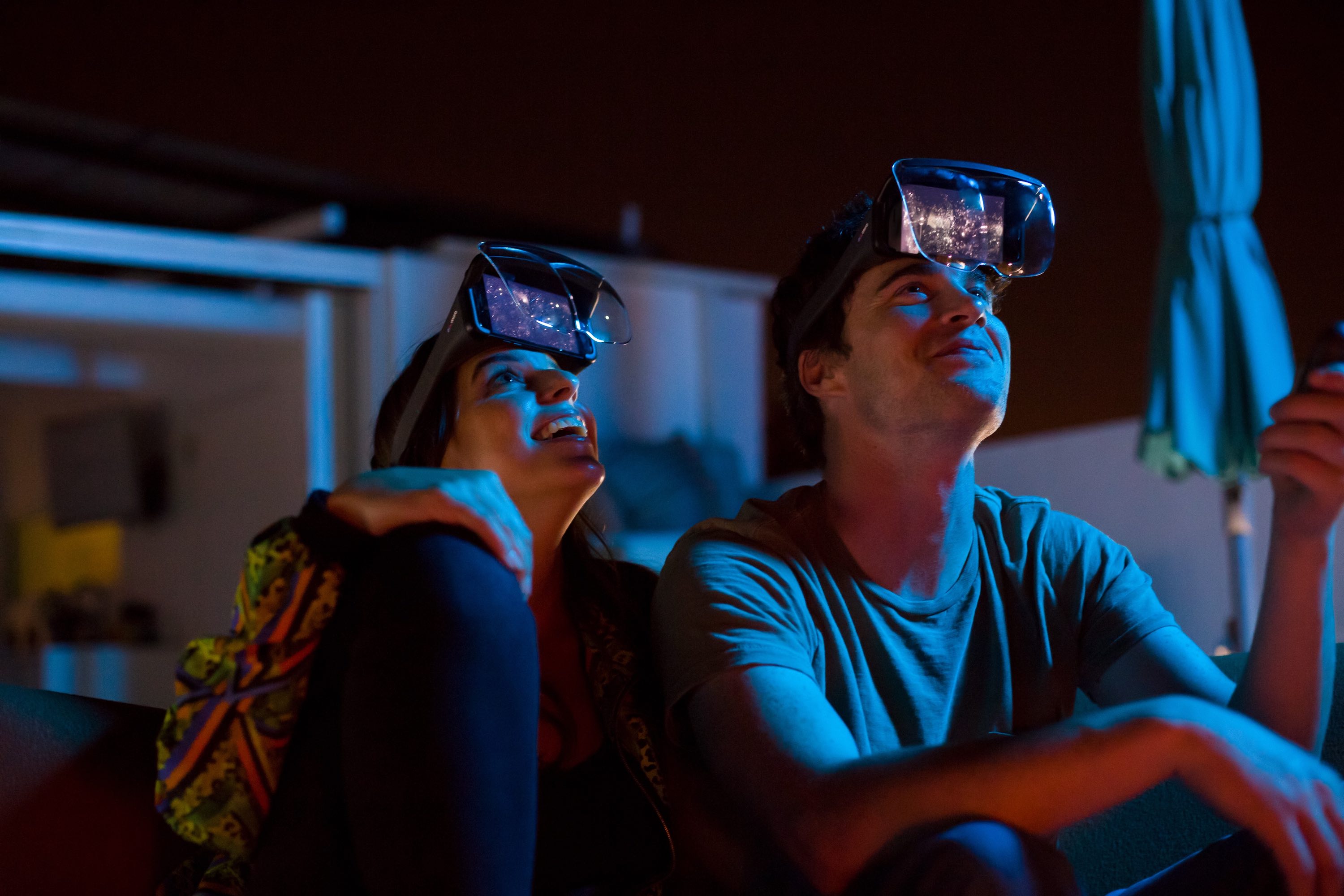 Instead, your iPhone faces the inside of the headset and the front glass lenses facing you basically reflect computer imagery projected onto their surface by a pair of mirrors. The accessory has a 60-degree field of view and supports a resolution of 1,334-by-750 pixels.

While the headset only supports a small number of launch titles created specifically for it, they’ll be releasing an SDK to let anyone create compatible augmented reality apps and games.

An accompanying app features spectator mode so those without a headset can see what others are seeing in augmented reality through the headset on their own iPhone or iPad.

Engadget took the gadget for a spin and came away impressed:

I played a holographic game that involved maneuvering a character through a maze, which relied on the controller’s motion controls.

Another game had me spinning around in my chair to destroy asteroids hovering all around me. I was particularly surprised how well Prism tracked virtual objects in augmented reality, even though it doesn’t have any spatial mapping technology like HoloLens and Meta.

Mira Prism ships with a remote control for motion-based games, a carrying case and a lens cover, and is compatible with any iPhone from iPhone 6s onward. The biggest drawback of Prism is the fact it won’t work with any ARKit-optimized app, just stuff made specifically for it.

If you’re interested in this product, pre-order it today for $99 from mirareality.com because it will retail for $150 once officially released in time for 2017 holiday.