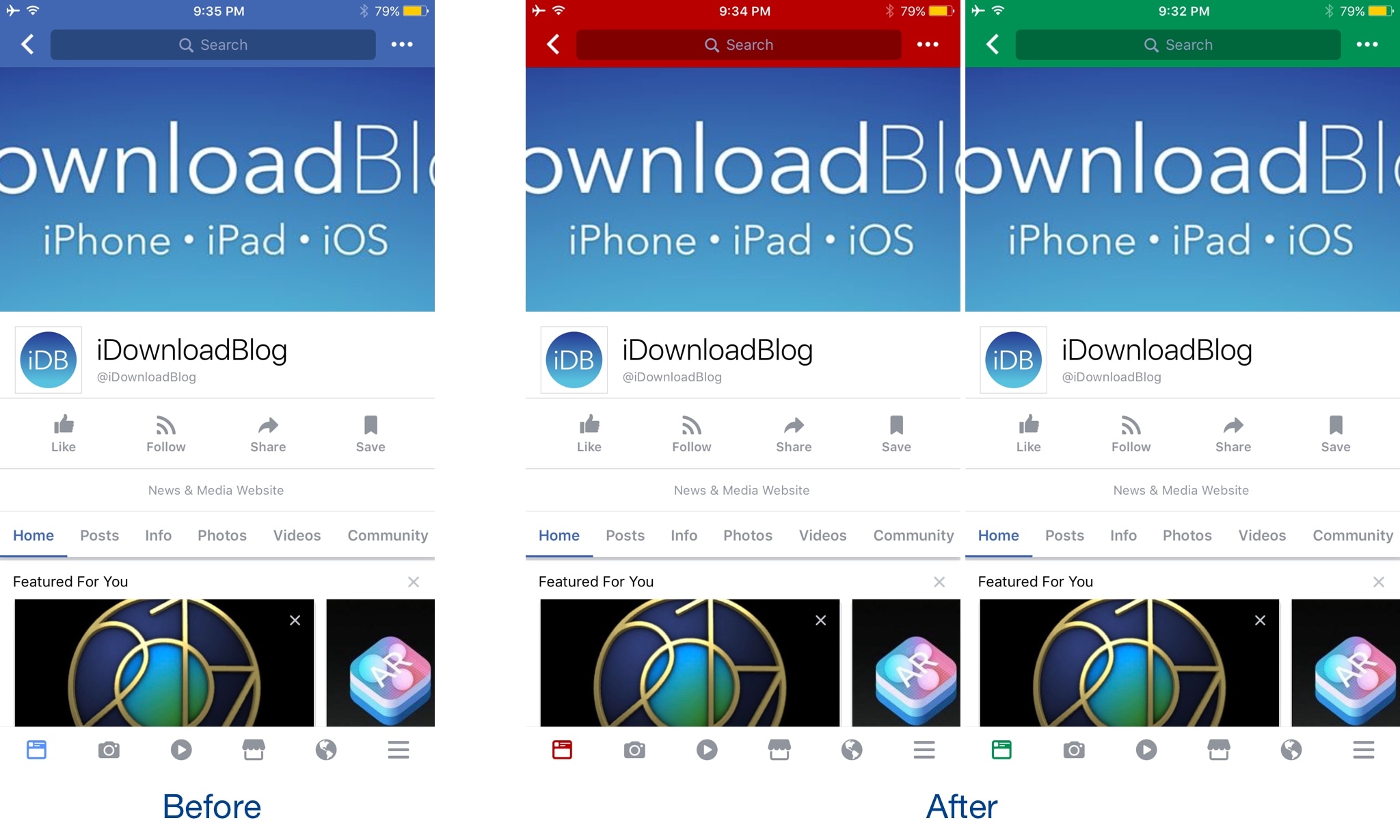 Facebook uses its signature blue color throughout its mobile app. This particular shade of blue stands out most in the thick navigation bar at the top of the app, but smaller elements throughout the app inherit this color too, such as the selected tab icon at the bottom of the app.

If you’re in the mood to change the blue accents of your Facebook app to another color, then you’re in luck. A new free jailbreak tweak called FacebookUICustomizer by iOS developer Wylliam Altman lets you paint the app any color you want.

After installation, FacebookUICustomizer adds a new preferences pane to the Settings app, shown below: 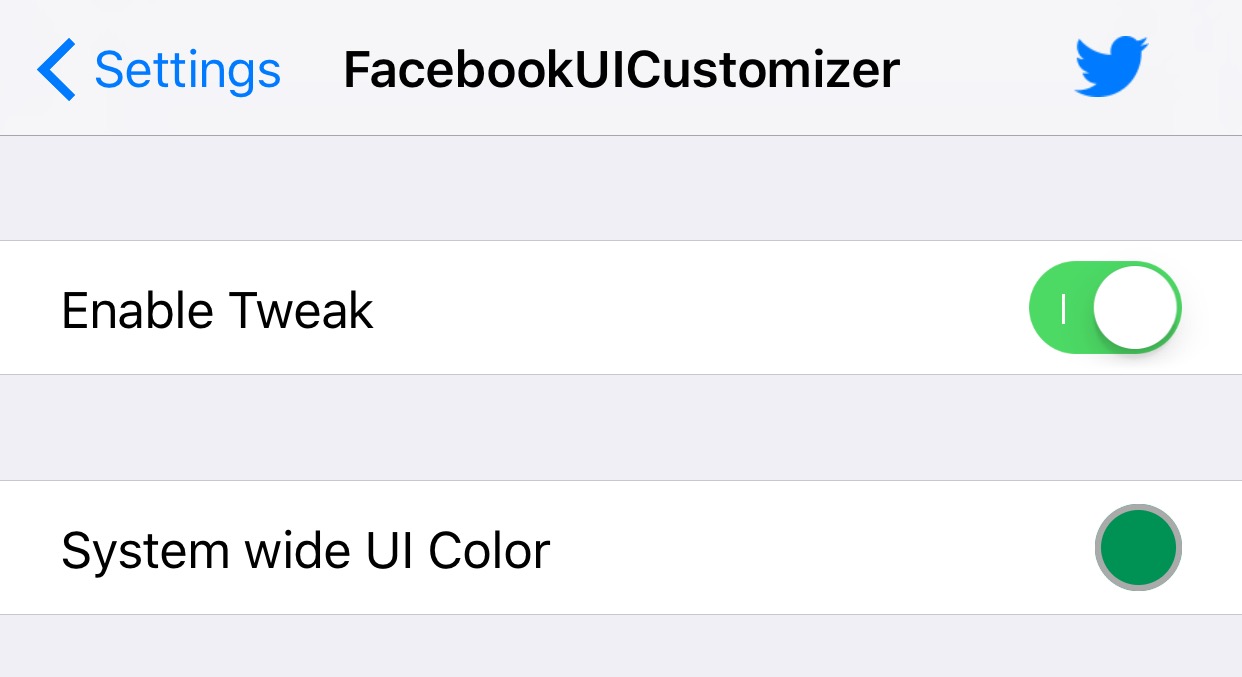 Here, you can turn the tweak on or off on demand and choose the new color you’ll use in your Facebook app. Worthy of note, the color picker provides an infinite selection of colors, so you aren’t limited to a list of color presets.

Once you choose a color, you’ll have to force-quit the Facebook app from the App Switcher by swiping up on it, and then you’ll have to re-launch it. This initializes your changes without wasting your time respringing the device.

FacebookUICustomizer simply swaps the primary color of the Facebook app, so if you were hoping for more customization features, then you might want to look elsewhere. The tweak’s minor cosmetic change can complement certain themes, so if you customize your device in this sort of way, it might be worth considering.

FacebookUICustomizer is a free download from Cydia’s BigBoss repository and works on all jailbroken iOS 10 devices. The official Facebook app is also required, which can be download for free from the App Store.