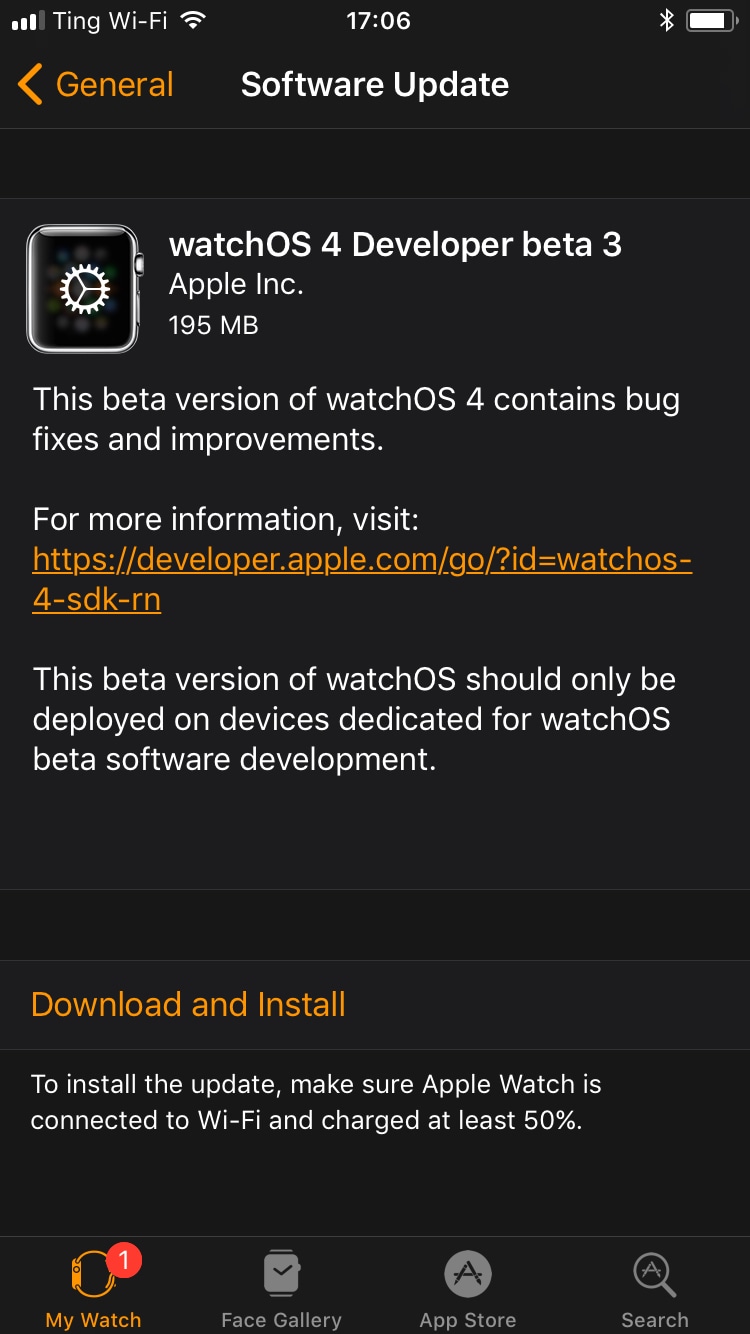 Apple today released a third beta of watchOS 4 (build number 15R5321h) for all Apple Watch models. The update is available to Apple’s registered developers and members of the Apple Developer Program.

The software update can be deployed on your Apple Watch used for development via the Software Update mechanism in the companion Watch app. The paired iPhone running the Watch app must be on iOS 11 beta 3 or the update won’t show up.

Your Apple Watch must be connected to your iPhone, have at least 50 percent power and be placed on its magnetic charging disk in order for the update to download and install.

The full watchOS 4 beta 3 installer can be downloaded from Apple’s Dev Center portal. Once installed, subsequent watchOS 4 betas will be available through the Software Update mechanism in the Watch app.

Apple currently does not provide watchOS 4 betas via its Public Beta Software Program. A developer-only preview of watchOS 4 was released at WWDC on June 5. watchOS 4 beta 2 was seeded to developers on June 21.

Here’s Andrew’s hands-on walkthrough of the changes in the previous watchOS beta.

The software update includes three new watch faces, including a new Toy Story face, a dedicated Siri face that displays dynamic information based on your habits and other data and the Now Playing and Apple News complications.

In the Activity app, users will be able to access new monthly challenges and take advantage of intelligent coaching and tailored workout encouragement.

watchOS 4 will release for public consumption this fall for all Apple Watch models.

If you find new features and important changes in watchOS 4 beta 3, be sure to reach out to us via Twitter or drop us a message at tips@iDownloadBlog.com and we’ll update the article.