Having concluded its seven-year antitrust investigation against Google, dating back to 2010, the European Commission today announced it has imposed a record €2.4 billion fine on the company (about $2.7 billion) over search engine results.

The Commission took issue with the fact that Google has been promoting its own comparison shopping service in its search results while demoting those of its competitors. The Commission said in July of last year that Google had “abused its dominant position by systematically favouring its comparison shopping service in its search result pages.”

The company now has 60 days to tell the Commission how it will accomplish the order.

If it doesn’t comply with the ruling within 90 days and stop its illegal search practices in the European Union markets, the Commission can slap the company with additional fines.

According to The Guardian newspaper, European regulators have the power to fine Google up to five percent of the average daily worldwide turnover of its parent company, Alphabet.

Google has come up with many innovative products and services that have made a difference to our lives. That’s a good thing. But Google’s strategy for its comparison shopping service wasn’t just about attracting customers by making its product better than those of its rivals.

Google is going to appeal the decision. 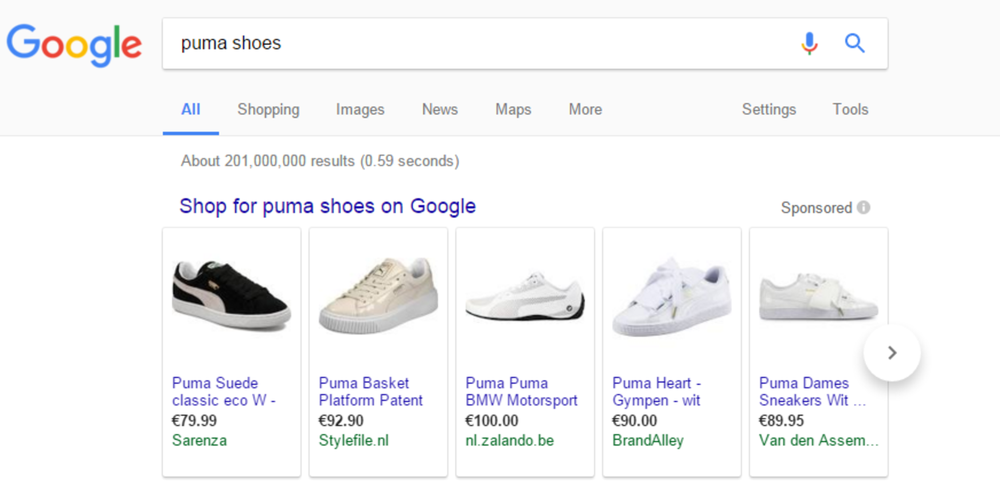 The company said in a statement on its official blog that it believes the decision is in error:

We believe the European Commission’s online shopping decision underestimates the value of those kinds of fast and easy connections. While some comparison shopping sites naturally want Google to show them more prominently, our data show that people usually prefer links that take them directly to the products they want, not to websites where they have to repeat their searches.

We think our current shopping results are useful and are a much-improved version of the text-only ads we showed a decade ago. Showing ads that include pictures, ratings, and prices benefits us, our advertisers, and most of all, our users. And we show them only when your feedback tells us they are relevant. Thousands of European merchants use these ads to compete with larger companies like Amazon and eBay.

Google is basically saying that it’s not demoting competing comparison shopping products in search results, claiming it’s simply packaging search results in a way that makes it easier for consumers to find what they want.

The European Commission has been conducting antitrust investigations into Google’s Android software and its AdSense advertising products and services, too.