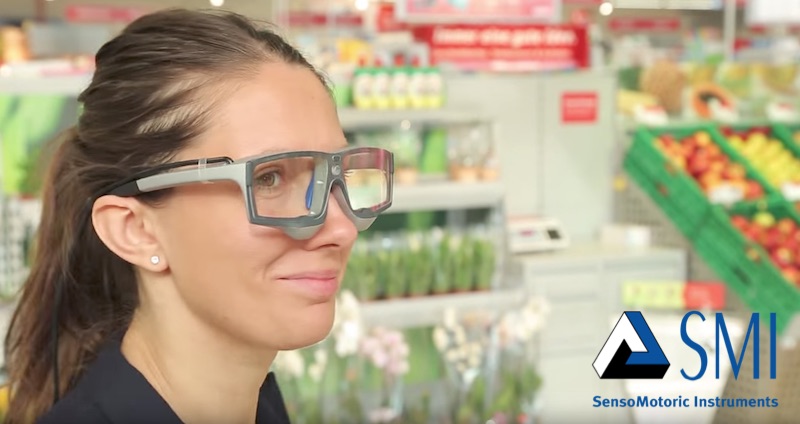 Apple may have quietly acquired SensoMotoric Instruments, a German company which can track people’s eye movements. MacRumors was first to report yesterday that SensoMotoric has been acquired for an undisclosed sum by Apple’s shell company, called Vineyard Capital.

“Apple buys smaller technology companies from time to time, and we generally do not discuss our purpose or plans,” an Apple spokesperson said in a boilerplate statement issued to Axios.

Their managing director Eberhard Schmidt was replaced by Dr. Ali Sahin, one of the German attorneys representing Vineyard Capital Corporation. Christian Villwock, who was the company’s Director of OEM Solutions Business, was removed from the website, too.

Here’s an example of SensoMotoric’s eye-tracking technology in Samsung Gear.

Another video embedded further below shows off SensoMotoric’s eye-tracking glasses with Natural Gaze Head Gear used by young athletes playing tennis to accurately capture their natural gaze, which helps them evaluate and improve their visual performance.

Proprietary eyeglass hardware that the video’s athletes are wearing can capture a person’s natural gaze behavior at a rate of 120 scans per second.

On the hardware side, Apple could use SensoMotoric technology in its rumored augmented reality glasses product. Eye-tracking technology can significantly reduce motion sickness for users of virtual reality headsets such as Facebook’s Oculus Rift.

One specific aspect of SensoMotoric’s technology, called foveated rendering, allows a virtual reality headset to save power by only showing you in high resolution what you’re actually looking at, with anything in your peripheral vision being rendered in less high-resolution.

This reduces the amount of processing power needed to render a virtual world.

On the software side, Apple could improve iPhone 8’s rumored 3D facial recognition security feature through eye tracking and even allow apps and games to track the user’s eye movement so that they could, for instance, aim in a game with their gaze.

Founded in 1991, SensoMotoric Instruments is headquartered in Teltow, Germany, with a satellite office in Boston, Massachusetts. The company employs about 60 engineers.

“I do think that a significant portion of the population of developed countries, and eventually all countries, will have AR experiences every day, almost like eating three meals a day,” Apple CEO Tim Cook said last year.