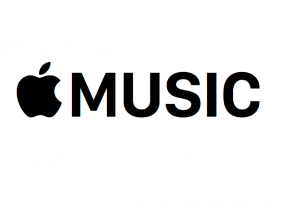 Apple is looking to reduce record label’s share of revenue from streaming, reports Bloomberg. Citing people familiar with the matter, the outlet says the negotiations are part of a larger plan to revise the company’s overall relationship with the music industry.

The record labels’s current deals regarding Apple Music expire at the end of June, although they are likely to be extended if new terms can’t be reached. Apple is trying to negotiate new deals that would bring their rates closer to what Spotify pays out.

Under Apple’s current deal, record labels at first received about 58 percent of revenue from Apple Music subscribers, a higher cut than from other major streaming services including Spotify, the largest paid music-streaming service in the world. Spotify reduced its rate to 52 percent from 55 percent in recent negotiations with labels, tied to certain guarantees on subscriber growth. The labels are open to a reduction in Apple’s rate — provided it’s also able to expand subscriber rolls and meet other requirements, the people said.

Initially, Apple overpaid a bit to appease the labels, who were concerned its entry into the streaming space would cannibalize iTunes sales—a major source of their revenue. But as it turns out, Apple Music hasn’t been as damaging to iTunes as originally feared.

Bloomberg adds that labels have asked Apple to commit to promoting iTunes, and music in general, in countries where streaming isn’t as prevalent. Apple announced earlier this month that Apple Music now has 27 million paid subscribers.