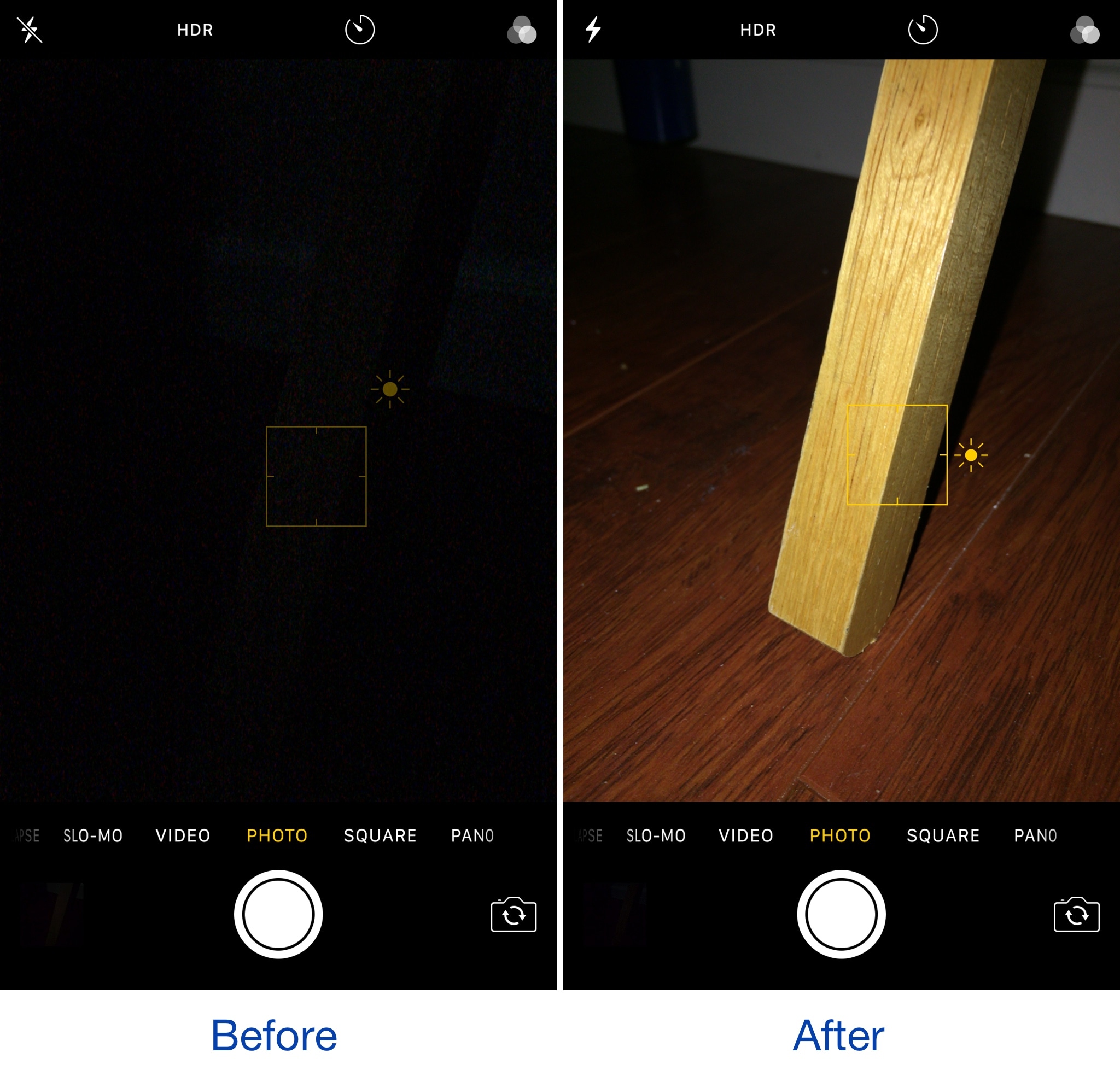 Torch on Focus is a new free jailbreak tweak by iOS developer Guy Kaplan that improves your iPhone photography in low-light conditions, which make it more difficult to focus on your subject.

The tweak manages this by turning on the LED flash on the back of your iPhone from the moment you begin to focus on an object with your camera, so your focusing never skips a beat.

While the iPhone’s camera is great at focusing on subjects in well-lit environments, it often yields unwanted results in low-light conditions because it’s more difficult for the iPhone’s camera hardware and software to discern one object from another when there isn’t enough light.

After installation, the LED flash stays off until you manually tap on an object in your viewfinder to focus on it. Moreover, once it’s turned on, it stays on until you close the Camera app or turn the flash off manually, which makes it easy to take one shot after another without the flash ‘strobing’ on and off in between shots.

The obvious benefit to Torch on Focus is being able to see and focus on your subject before you even tap on the shutter button to snap a photo.

The additional light allows the camera hardware and software to discern the subject more easily, yielding improved focusing performance and precision before the shot is ever taken. This means you won’t be re-taking your photos as often when your photography environment isn’t ideally-lit.

Torch on Focus adds a simple preferences pane to the Settings app where you can toggle the tweak on or off on demand:

It’s worth mentioning that you need to leave your Camera app’s flash setting to the “On” or “Auto” position instead of the “Off” position. If you keep your flash “Off,” then Torch on Focus won’t be able to override your stock setting and the tweak won’t work properly.

Torch on Focus has a lot of potential to improve your low-light photography, so if you want to give it a try, you can download it for free from Cydia’s BigBoss repository. The tweak works with the stock camera app on jailbroken iOS 10 devices.

Are you a fan of the concept behind Torch to Focus? Share in the comments section below!