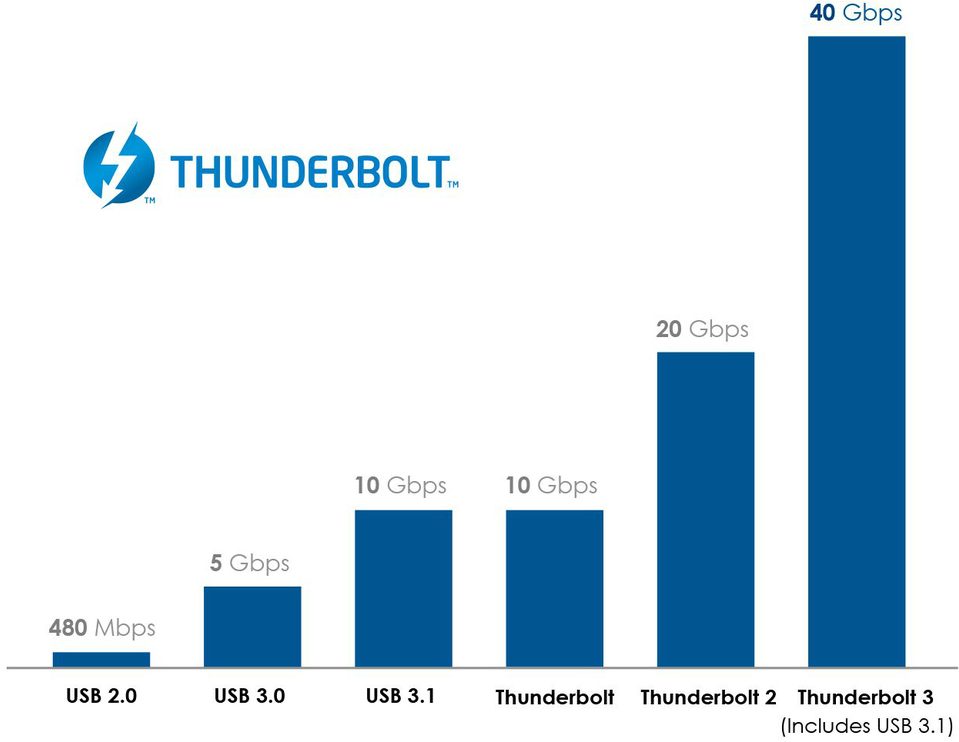 Intel announced today it will be making Thunderbolt 3 royalty-free for manufacturers in 2018 to boost adoption. Moreover, the chip giant will be natively integrating Thunderbolt 3 into its future CPUs, which should help reduce the overall solution cost on the computer.

“We think the first thing is going to drive broader adoption and deployment of Thunderbolt 3 in PCs,” Jason Ziller, Intel’s lead for Thunderbolt development, told Wired. “The second will drive also broader adoption in the ecosystem, with a lot of different peripherals and other devices.”

Intel is continually working with the industry to lower the cost of the cables and the devices. The improving USB-C economies of scale should help Thunderbolt 3 drive down costs.

There are currently about 60 Thunderbolt-compatible peripherals.

About 180 seventh-generation Core CPUs from Intel include native Thunderbolt 3 integration, with another 30 or so expected by the end of the year.

Apple and Intel have collaborated on Thunderbolt from the beginning, and as the industry leader in its adoption, we applaud Intel’s efforts to integrate Thunderbolt technology into its CPUs and open it up to the rest of the industry.

The Thunderbolt protocol has been struggling to gain traction.

Jointly developed by Apple and Intel six years ago, it’s failed to go mainstream due to the royalty fees vendors are required to pay and a combination of high cost and low availability.

Thunderbolt 3 supports data speeds of up to 40 Gbps, allowing you to transfer a 4K movie in about thirty seconds. In addition to data, the protocol allows for power, USB, DisplayPort, HDMI and VGA to be carried over a single reversible port that’s compatible with USB-C.

“There always have been and probably will continue to be some wired ports on even the thinnest and lightest computers,” says Ziller. “So having a single port that really do everything that you need is our vision for Thunderbolt 3.”

By integrating the protocol into its CPUs and making the Thunderbolt specification available to third-party chipmakers royalty-free next year should help Thunderbolt 3 become an industry-standard it was always meant to become.